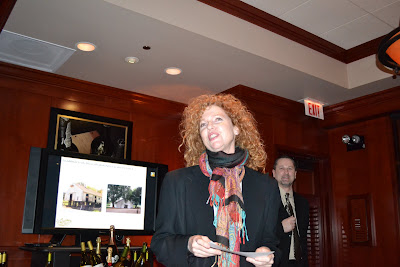 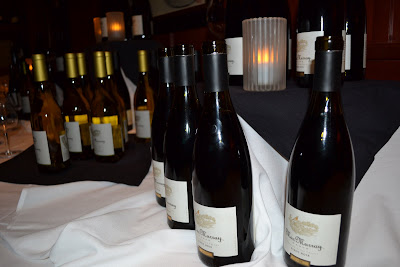 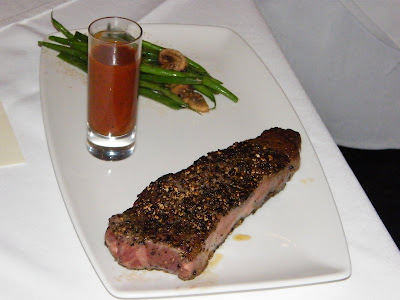 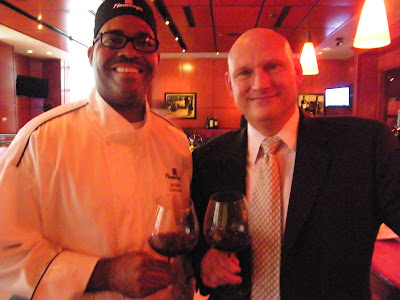 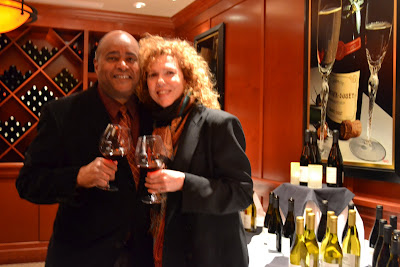 Actor Fred MacMurray had an “incandescent” career as a movie star, according to his daughter, Kate MacMurray, MacMurray Ranch Wine Ambassador, making more than a hundred films that spanned every genre. His greatest, legacy, however, may be Russian River Valley Ranch he purchased in Sonoma Country Wine Country in 1941. A homestead since the 1850s, MacMurray Ranch has become one of the premiere producers of extraordinary Pinot Noir and Pinot Gris wines. That fact was brought home with thundering clarity in an intimate wine dinner at Fleming’s Prime Steakhouse & Wine Bar near Chicago’s Magnificent Mile, which featured Special Guest Kate MacMurray in a special presentation of the winery’s new releases and the cuisine of Chef Partner Jeri. The “Spirit of Sonoma” Dinner brought together the elements of fine wine, expressive cuisine and oral history, creating a multi-dimensional experience that appealed to both the palate and the intellect.

Kate MacMurray, who also writes poetry, is an eloquent speaker. Her passion for the ranch and the wine it produces are evident. Her moving and illuminating stories of the legacy of her famous father and his achievements at the ranch are as multi-faceted as the wines she is presenting.

“I’m going to share a secret with you,” she told the gathering of about 20 or so oenophiles. “The story of my father and the ranch has its roots right here in Illinois. My father was born in Kankakee and my mother was born in Rock Island, in an area now known as the Quad Cities.” The announcement brought a gasp from the gathering.

The story of MacMurray Ranch’s beginnings was accompanied by a slide presentation, which showed the lush vineyards and photographs of the ranches early years, featuring those of the original owners, the Porter family. MacMurray Ranch Pinot Gris Sonoma Coast 2009 ($13.99) was served as the aperitif during her introductory remarks. The easy-to-drink white wine is aged in neutral barrels to give it balance and complexity and just a whiff of smoke. The more pronounced flavors are those of ripe peaches or an Asian pear. Its crisp, clean finish makes it a great wine with appetizers or salad or just on its own as a party starter.

The first course was giant Shrimp Skewers (what they would call Prawns in the Northern California Bay Area, where Kate lives), with Fresh Fennel and Orange and Avocado Salad. MacMurray Ranch Chardonnay Sonoma Coast, 2008 ($16). This is one of the best examples of the ‘new breed’ of California Chardonnays that has wine critics like Robert Parker salivating. It’s bursting with rich, luscious fruit, so characteristic of the grapes produced in the ideal growing region along the Northern California Coast with its fog-kissed mornings and sunny days. Light gold in color, it has the full-bodied taste of poached pears and honey and a touch of brioche and hazelnut. A bit of spice on the tongue and a wisp of smoke complete the flavor portrait. I saved a bit to drink with the next course, Chef’s Cream of Mushroom Soup and found it just as agreeable with it as MacMurray Ranch’s outstanding 2009 Sonoma Coast Pinot Noir ($19).

This is an elegant example of an elegant California Pinot Noir. It’s medium-bodied with a nice aroma of fruit- black cherry, plums and just a hint of pepper and spice. The dark ruby color foretells the treat you are in for. It is only topped in flavor and value by MacMurray Ranch Russian River Valley Pinot Noir, 2008 (29.99) and the Winemaker’s Block Russian River Valley Pinot Noir, 2008 ($39.99), both true Burgundy –styled wines with black raspberry on the nose and a touch of rose hips and tart cranberries on the palette. These wines provided a kaleidoscope of flavors to play around with, accompanied by the stellar Roasted Chateaubriand with Black Truffle Butter, Mashed Green Market Potatoes and Madeira Sauce. The kitchen shined on this Continental Classic. The meat was fork tender and bursting with fresh mineral flavor. The perfect marbling of the meat gave it a soft mouth feel. The light woodsy whiff of truffle melded with the aroma of the wine as you lifted it to your lips, amplifying the treasure-trove of flavors that rolled over the tongue. It was the Grand Finale to a meal and a wine that, like its namesake, is worthy of its own star on the Hollywood Walk of Fame.

Posted by Dwight the Connoisseur at 9:42 AM