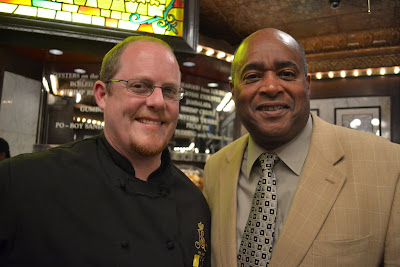 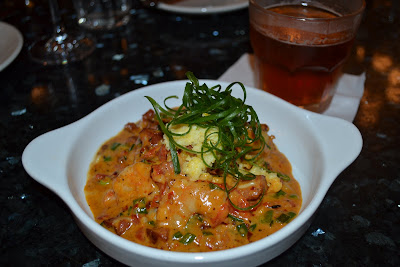 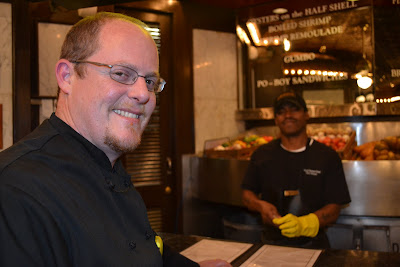 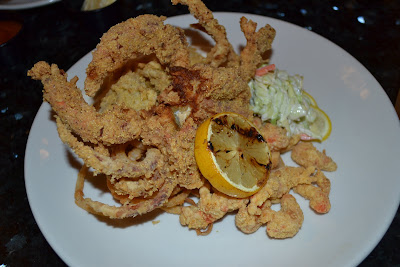 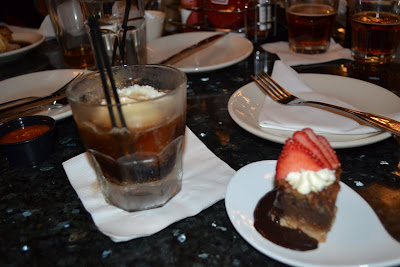 At the Royal Sonesta Hotel

New Orleans—All oyster bars are not created equal. Desire Oyster Bar and Bistro in the French Quarter at the storied Royal Sonesta Hotel is the perfect example of an establishment that looks like a typical oyster bar on the surface, but turns out to be something much more.

I entered Desire on a balmy, mid-winter night (by Chicago standards), with revelers “getting their weekend on” (in New Orleans, the weekend starts on Wednesday night), walking traffic-blocked, cobble-stoned Bourbon Street with plastic Hurricane and Daiquiri glasses held high. The sounds of New Orleans jazz and blues from the nearby open-windowed bars and clubs faded as I entered the cool confines of the restaurant, the comforting sound of oysters being shucked and the gentle swipe of the ceiling fans overhead said this is the real thing. Executive Chef Peter Page’s warm smile and breezy manner let me know that I was in good hands.

“What we serve here is a classic blend of Creole and Cajun. It has elements of both cuisines. Creole is more urban. It’s the cuisine of the city. It’s the cuisine that essentially grew up in New Orleans. Then we have the Arcadian, sort of single-pot dishes.

“The first course you had was the gumbo. You know it’s a city style gumbo, because it has tomatoes in it. In the country, they don’t use tomatoes. It’s a crab-based gumbo. We use Louisiana crab as the base for our stock. It has a lighter roux. We don’t believe in a mahogany roux. The second dish here is our Louisiana Shrimp ‘N Grits, which is actually our version of a classic Carolina Shrimp ‘N Grits. In the Carolinas, they use bacon; here we use Tasso ham (a local spiced smoked ham) that has a lot more heat to it. We also use a really good, hearty local stone ground grits that’s almost like a polenta. Its completely different than what you normally think of as grits.

It’s nice and creamy. Of course, it’s got our Gulf Shrimp in it. It really melts in your mouth.”

Of everything Chef Page served that night, the Shrimp ‘N Grits was the most outstanding. It’s a perfect example of how something really simple can become the most exquisite dish imaginable, because of its sheer simplicity and elegance of execution. Arbita India Pale Ale was the choice of beverage. All of the dishes were accompanied by a variety of locally brewed Arbita beers, which were as finely crafted as any of the craft beers I had in England last summer, during the London International Wine Fair.

Next, came a parade of dishes, each more succulent than the last, a humongous Seafood Platter with crawfish, oysters and the single largest Soft Shell Crab I’d ever seen, all fried in a gossamer-light batter that melted in your mouth. Jambalaya, consisting of giant Golf Shrimp and spicy Alligator Andouille sausage had the aforementioned mahogany-colored gravy that simply danced in your mouth. I kept going back to it for bites here and there as I explored the other menu items.

Desserts started with an Arbita beer 'root beer float' accompanied by Pecan pie. The coup de gras (cut of grace) was the house-made Bread Pudding, which featured fresh white peaches and raisins with a white chocolate sauce laced with Frangelico. It was a real food-gasm!

Hats off to Chef Page and his Desire. A restaurant could not have been more aptly named!

Posted by Dwight the Connoisseur at 2:47 PM