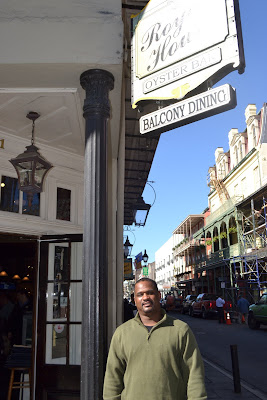 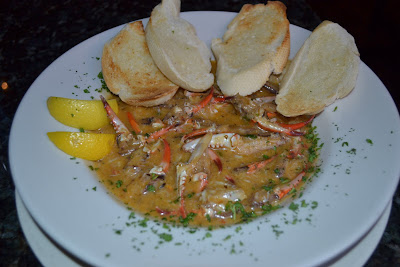 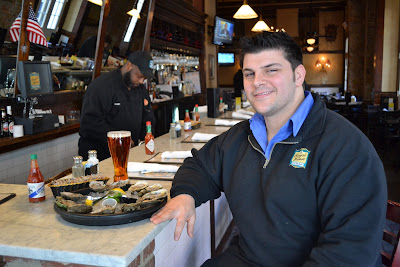 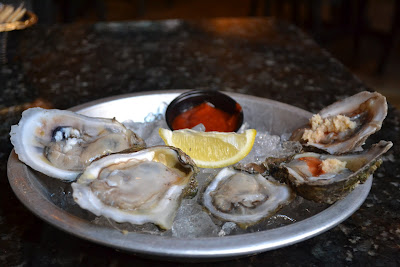 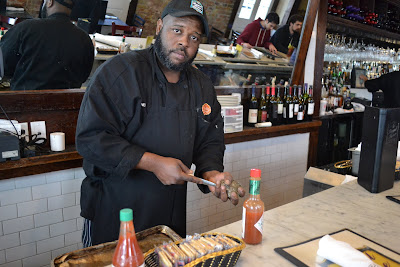 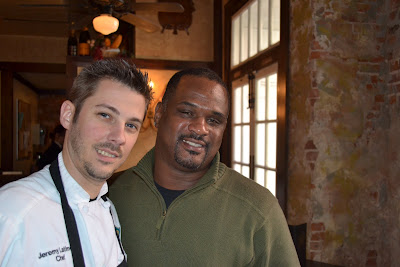 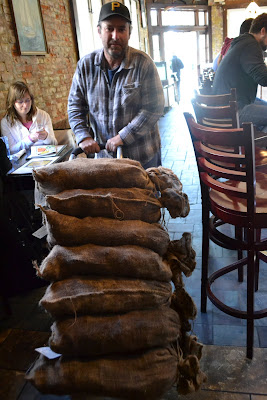 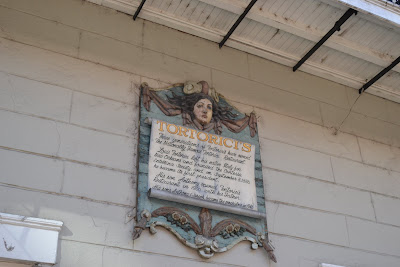 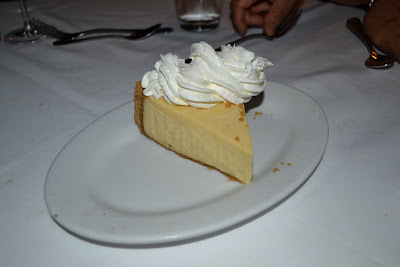 Raw Oysters on the Half Shell

New Orleans—Oysters are king in New Orleans and anyone who loves them will find them in abundance. Now that the disastrous oil spill in the Gulf of Mexico of two years ago has faded into history, the succulent bivalves are available in abundance.

Although the preferred method of eating oysters is in the natural state, raw, a behind-the-scenes look revealed that they can come dressed up in their formal tuxedo best as a fancy entrée or show up in down-home jeans as a barefoot bayou delicacy.

Royal House Oyster Bar on Royal Street in the French Quarter attracted my attention because it reminded me so much of the oyster bars I used to visit in the San Francisco Marina where I lived for several years. The long mahogany bar with the sound of oysters being shucked with abandon by Oyster Master Nairobi Lowe and the smell of local draft beer on tap was too intoxicating to pass up. The heady aroma caused my mind to drift back to my carefree days as a cub reporter, wandering my old haunts on North Beach and Fisherman’s Wharf. Sidling up to the bar for a dozen raw oysters and tall, frosty Arbita Amber Ale, I was not disappointed.

“Authentic is the word I like to use whenever I describe this place to anyone,” General Manager Shad Stearns declared as he set down a steaming plate of his signature Sautéed Crab Claws, an aromatic mix of fresh Louisiana claw tips, simmered in a lemon butter sauce with green onions, and Cajun blackened seasoning. “It’s our most popular non-oyster dish,” he declared. Sopping up the sauce with a huge hunk of crunchy Sourdough French Bread put me right at home before diving into the meaty claws. “What sets us apart from the other oyster bars in the ‘Quarter’ is our specialty seafood items like Snow Crab, fresh Lobster from our own tank and our Peel ‘N Eat jumbo Shrimp, which gives diners an exciting mix of options.”

Executive Chef Steve Young, whose been with the restaurant group three years and Chef de Cuisine Jeremy Latimer began whipping up a culinary ‘line’ parade of dishes that showed their mastery of the art of cooking seafood.

Royal House is the only oyster bar on Royal Street and has the distinction of being located in an historic 100 year-old landmarked building, which was once the home of the Tortorici family, which operated a flourishing café and restaurant on the main floor. The popular restaurant became a hub for New Orleans’ Italian American community and a hangout for celebrities of the day, including Frank Sinatra and Dean Martin, who were regulars whenever the Rat Pack hit town. In 2005, the devastation of Katrina forced the restaurant to shut down. Fortunately, the historic landmark survived and reopened three years later as the new Royal House Restaurant.

The original Tortorici sign still hangs just below the famous balcony, where diners can enjoy and unobstructed view of the flagstone streets and elegant European gabled rooftops of the French Quarter.

A fresh batch of oysters from American Seafood, wheeled in by regular deliveryman Steve Sintes aid the case for the freshness of the oysters served at Royal House. “We get these in fresh everyday,” Stearns assured me. “Sometimes twice a day when we’re busy.” The arrival of fresh oysters prompted an exploration of the restaurant’s complete oyster menu and its myriad variations on the oyster theme; classic Oysters Rockefeller, topped with spinach, bacon and drowned in Sambucca (a licorice-flavored Italian liqueur) and then baked, Oysters Royale, topped with seafood stuffing and then baked, and baked Pepperino Oysters topped with roasted red peppers, green onions and Parmesan cheese.

It turns out that was just a warm-up for the entrees to follow. Char-grilled Oysters arrived with great fanfare. “This is a 21st Century take on a popular classic,” Stearns explained. The tangy lemon and garlic butter sauce that bathed the oysters could just as easily have been used as a sauce for a delicious pasta dish. The combination of butter and liquid margarine with horseradish, olive oil and the requisite side of crusty Sourdough bread made this a meal to die for! Of course, copious amounts of locally brewed Arbita Ale to wash it down made for a match made in Heaven!

Thick and creamy Bananas Foster cheesecake drizzled with caramel and cinnamon with a glass of Frangelico made for a “royal” finish.

Posted by Dwight the Connoisseur at 10:54 AM