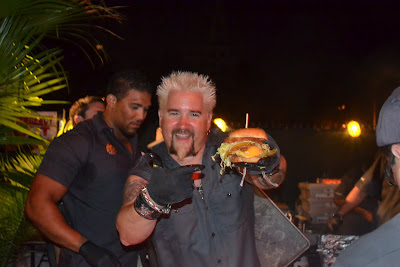 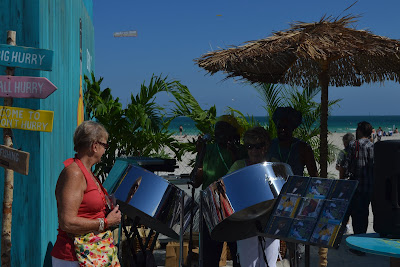 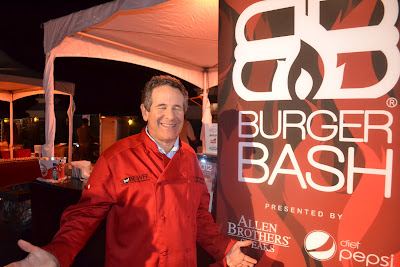 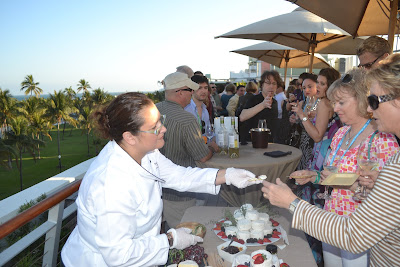 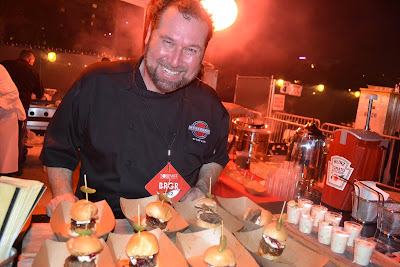 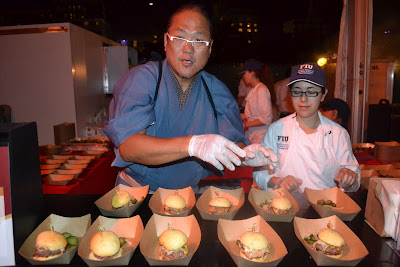 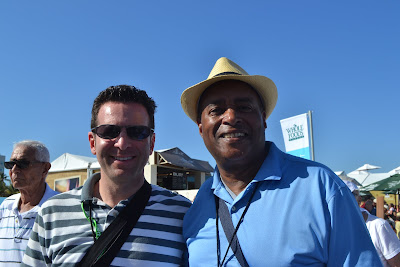 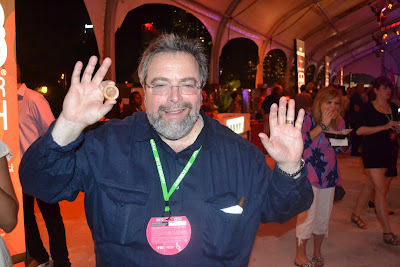 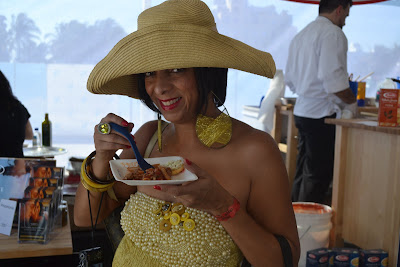 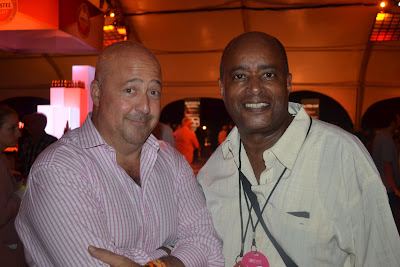 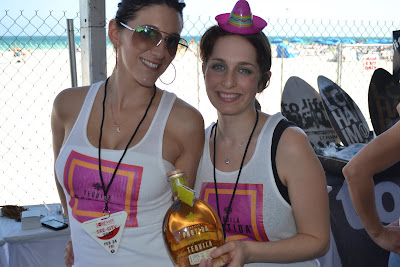 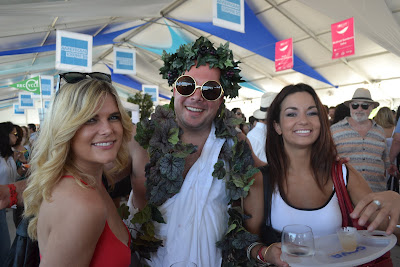 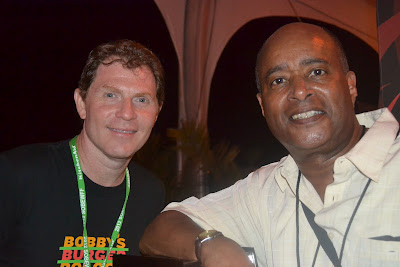 Story and photo gallery by Dwight Casimere
-Guy Fieri stacks the deck in his favor at his Burger Joint, Straight-Up with a Pig Patty!
-Steel drums on the beach kick off the Wine Spectator Trade Tasting
-South Beach Diet creator Dr. Arthur Agatston at the Burger Bash with his Feta-Stuffed Sirloin Burger with Smokey Sun-Dried Tomato Aioli
-The Ultimate Pairing-wine & cheese on the rooftop deck of The Betsy
-Chef Allen of the BurgerBar Palm Beach Gardens with his Beach Burger made with Short Rib Brisket, Prime Chuck Steak Burger and Applewood smoked Bacon
-Chef Morimoto in action with his Wagyu Burger & Pork Kakuni
-With The Hungry Hound, ABC7's Steve Dolinsky of Chicago
-Drew Nieporent, owner of Morimoto, NoBu, TriBeCa Grill, New York, strikes again!
-Yummie!!!
-Searching for weird stuff to eat with Andrew Zimmern
-Sara Gorelick (r) mixes up a Margarita with Partida Tequila at the Wine Spectator Trade Tasting
-Bacchus and his "CRU"
-Bobby Flay shares his secret ingredients for his Buffalo Style Burger Crunchified with Blue Cheese Dressing and homemade potato chips at his Bobby's Burger Palace
MIAMI BEACH--Guy Fieri plied voters with free caps emblazoned with his spike-haired "Guy's Burger Joint" logo, in an effort to win the People's Choice award at the Food Network South Beach Wine & Food Festival's Amstel Light Burger Bash, sponsored by Pepsi Light and Allen Bros. Meats. Guy and fellow Food Network maven Bobby Flay were among the 32 chefs from around the country who showed their capability at elevating the lowly Burger to the heights of culinary expression. Although Chef Mark Bucher (his real name!), may have proven the point to a fault with his Wellington Burger topped with Foi Gras, wild mushrooms and caramelized onions. It was my personal favorite and I'll include the recipe at the end of the posting. Chicago chefs Rick Gresh of David Burke's Primehouse, Chicago, Mindy Segal of Hot Chocolate and Ryan LaRouche of NoMi Kitchen, also of Chicago, showed they cold throw down with the best, including New York's eponymous Masahara Morimoto of Morimoto's, and, of course, Food Network's Rachel Ray, who spent the night sampling the competition while her husband helmed burger-slinging operations at her food stand. Once gain, Godiva Chocolates provided the piece de' resistance, along with hearty scoops of Mocha Almond Gelato from Bryan Petroff & Doug Quint's Big Gay Ice Cream. A handful of lucky patrons got to sample the burger creations in advance of the feeding frenzy crowd at a VIP Reception hosted by Rachel Ray to benefit her Yum-o! Foundation that feeds hungry kids and funds food education and scholarships.
Earlier in the day, the party kicked off under the Big White Tent on the Beach with the invitation-only Wine Spectator Trade Tasting, which drew a line of thousands snaking up and down Ocean Drive for two blocks! The Betsy hotel provided a much-needed rooftop retreat with spectacular views of the ocean and the white sands of South Beach at the Ultimate Beginnings Wine and Cheese party. Guests got a chance to ignite their taste buds before heading out for the evening's gastronomic olympics at the Burger Bash and the Wine Spectator's Best of the Best at the Fountainbleau with a celebration of the world's oldest and most perfect pairing with wine authority Josh Wesson and cheese expert Laura Werlin. It was the perfect start to a fantastic evening of wine, food and burgers on the beach!
As promised, here's the recipe for BGR The Burger Joint's The Wellington Burger from Chef Mark Bucher:

-Begin by shaping the burger pattie. Chef Mark says to mark a small dimple in the center so the meat does not shrink while cooking.

-Then, season the meat with salt, pepper, and an all spice blend and grill.

-Next, prepare the wellington topping. In a hot pan, add clarified butter and sauté white and red onion and season with salt and pepper. Also, toss in mushrooms, garlic, thyme, rosemary, duck pate and dijon mustard.

Make sure to toast the buns. Then, at the restaurant they spread their mojo sauce and add blue cheese, the burger meat and wellington topping. You can also serve a side of sweet potato fries.

Posted by Dwight the Connoisseur at 2:03 AM