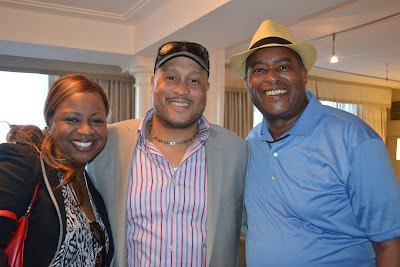 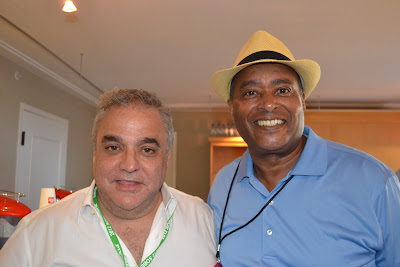 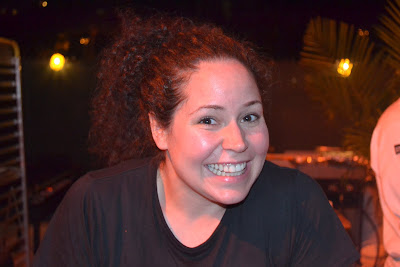 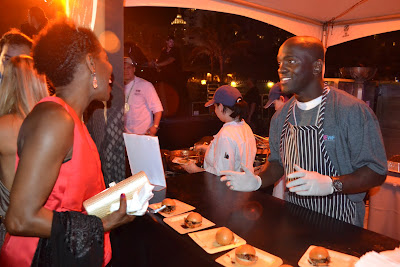 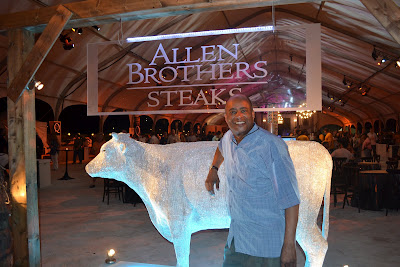 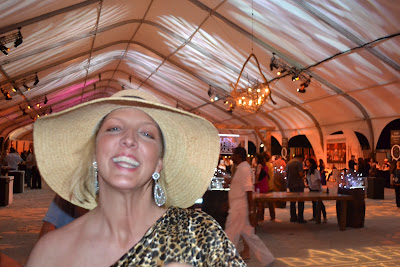 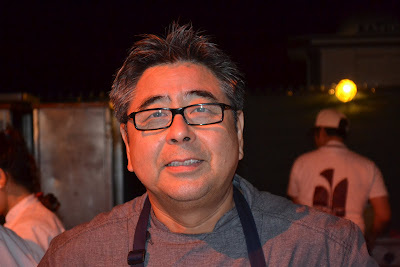 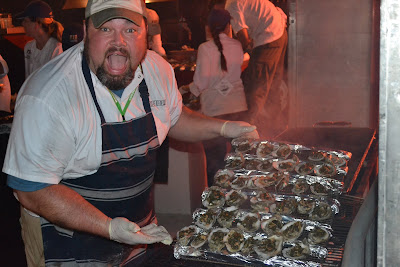 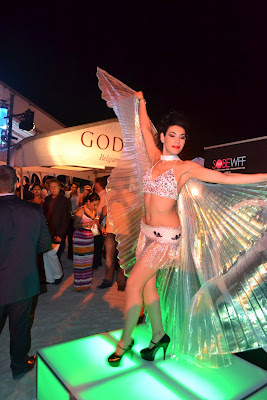 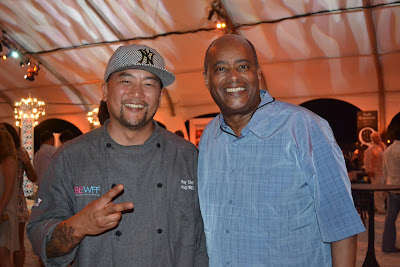 Story and photos by Dwight Casimere
1. Dwight The Wine Doctor with The Neely's
2. With Wine & Food Festival Founder Lee Schrager
3. Chicago's Girl and the Goat's Stephanie Izard
4. Al Roker's
5. Making friends with the Q sponsor, Allen Bros.' mascot
6. Party Time!
7. Chicago's Yoshi Katsumura of Yoshi's Cafe
8. Oyster "Q"
9. Lady Godiva in action
10. Food Cart maven Roy Choi of L.A. with Dwight The Wine Doctor
MIAMI-Charlie Trotter will be recognized for his career-long achievements as the industry's guiding light from his namesake eponymous Lincoln Park Chicago restaurant at a star-studded dinner Saturday night at the legendary Fountainbleau. Stephanie Izard of Chicago's Girl and the Goat on "Restaurant Row" on West Randolph near Oprah's Harpo Studios and Yoshi Katsumura of Yoshi's Cafe, the Lincoln Park mainstay on North Halsted, were slinging ribs, seared ahi and pulled pork right along with the likes of Emeril and Guy Fieri and "big bat" celebrity chef Roy Choi, of Koji BBQ, who is credited with starting the food cart craze with his operations in L.A., at the newly inaugurated Q event, which was the star-studded opening to the 2012 Food Network South Beach Wine & Food Festival. Now in its 11th year, the festival is turning up the heat with new events, new stars and a lineup of events designed to take foodies to the outer reaches of sensory overload.
Festival Found and Organizer Lee Schrager, greeted me in the VIP Hospitality suite at Loew's Miami Beach, the festival's headquarters hotel and filled me in on some of the changes designed to make this year's festival as intriguing as possible. "You'd think that after ten years, people would get tired of turning out for yet another food event, but we manage to keep it fresh with new ideas and new people (like Roy Choi), that keep it interesting. Before he could finish his sentence, we were interrupted by the arrival of the Neely's, who will appear at the festival at the Biltmore in a special evening of Down Home Blues and Barbecue in an interactive cooking experience. "We just got finished traveling,"Gina Neely said, shying away from my ever-present camera. "I haven't had a chance to put on my "celebrity face" yet. So hold off on the pictures!"
Pat was as affable as ever and said he was hoping he could meet the President, who was staying at the Biltmore for a fundraiser during his whirlwind tour through Miami. "We tried to contact his people to see if could stop by for some of our Down Home ribs. I saw that at the White House last night, he already loves the blues."
Later that evening, in a huge tent behind the Delano Hotel under a spectacular crimson sunset, the Q got underway with thousands in attendance. The event replaces the veteran BubbleQ as the official opening of the festival. Featuring Barbecue creations from the nation's top chefs and Food Network stars, with Emeril and Guy Fiori presiding, it was the premiere opening event of the festival which brought out the nation's well-heeled foodies (at more than $400 bucks a pop, including the VIP tasting and Q After Dark) and partiers who hung out well into the night at Q After Dark. Moet Champagne and a variety of wines from their label and cocktails created by celebrity mixologists from their lineup of distilled spirits and premium liquors rounded out the party. NBC Today's Al Roker was among the celebrities who surprised everyone by dispensing his own signature Barbecue rib sandwich from his booth near Godiva Chocolate and the Moet Hennessey VIP Cabana.
Actor Antonio Banderas is the highlight of the festival's opening day, with a presentation of his new wines from Spain and later tonight, the action gets hot and heavy at the Ritz with the Burger Bash in the tent on the beach with Rachel Ray returning to preside over her signature event, which she missed last year. Also new is the Farm to Table Brunch at Miami Beach Botanical Gardens, with everything that will be eaten grown right at the botanical gardens. Closing night also brings another new event, Trucks on the Beach on Sunday night, with 23 of the top food carts in South Florida and one from outside the area for a rousing finish to the biggest wine & food party on the beach anywhere!
Posted by Dwight the Connoisseur at 6:06 AM