Taste of the NFL a Super Bowl climax of super chefs, celebs,football legends 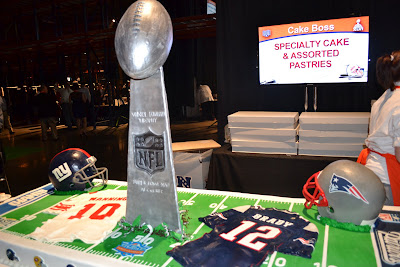 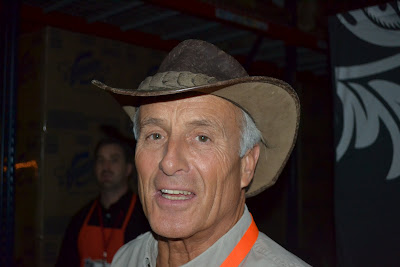 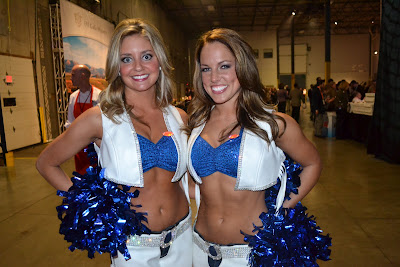 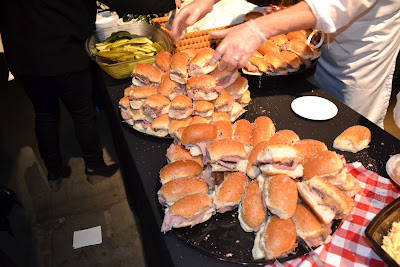 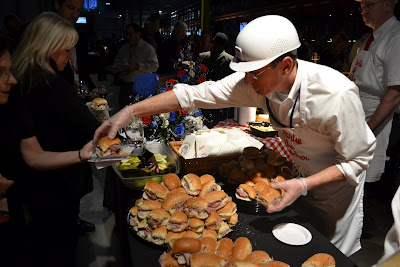 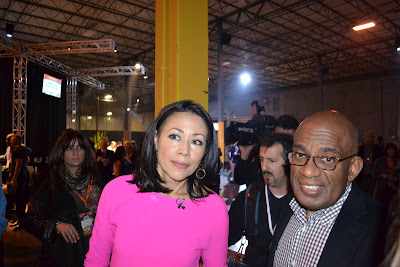 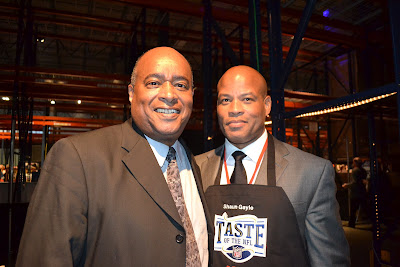 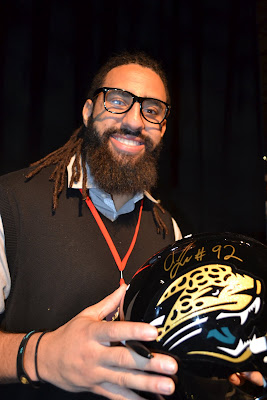 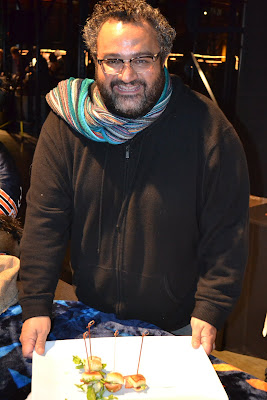 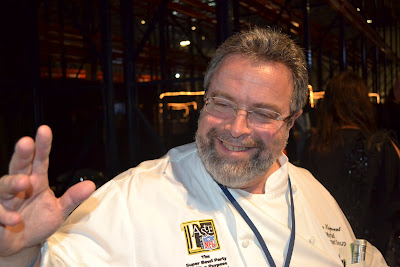 Story and photo gallery by Dwight Casimere
-Official Super Bowl XLVI cake from Cake Boss
-A face in the crowd
-Dallas Cowgirls on the prowl for Auction Bidders
-Buffalo, New York's Famous Beef on Weck from Charlie The Butcher
-Ann Curry and Al Roker of NBC's Today at the Taste of the NFL, Super Bowl XLVI
-Dwight The Wine Doctor with Shaun Gayle of the Super Bowl XX winning Chicago Bears
-Austen Lane, Defensive End, 2010 Jacksonville Jaguars
-Michael Nahabedian, owner, NAHA of Chicago with his Slow Roasted BLT with Watercress Aioli
-The irrepressible Drew Nieporent of New York's famed TriBeCa Grill and NOBU
Indianapolis--Super Bowl Week climaxed with a cataclysmic fusion of charity, celebrity and cuisine at the Taste of the NFL's 21st Annual Party with a Purpose. Held for the first time in the event's history at a meaningful venue that symbolizes hunger relief, Gleaners Food Bank of Indiana, one of the largest food depositories in the U.S, was the host venue.
Gleaners will receive 30% of the proceeds from the evening, which brought out the likes of NBC Today Show's Al Roker and Ann Curry, Food Network's Ted Allen, who acted as Culinary Host and Laura Kaeppeler, Miss America 2012 and a host of NFL Legends, including Hall of Fame members and Celebrity Chefs from famous restaurants representing every city that has an NFL team. NAHA restaurant of Chicago's River North was represented, along with Shaun Gayle, a veteran of twelve seasons with the Chicago Bears, including one as a member of the Super Bowl winning squad of Super Bowl XX in 1985.
Some of the nation's hottest restaurants and chefs were represented and cooked their specialties on site. Drew Nieporent and Chef Stephen Lewandowski of New York's famed TriBeCa Grill presented Bershire Pork and Gulf Shrimp Gumbo with Bill Ard of the New York Giants All Century Team signing football autographs nearby. Whitehave Sauvignon Blanc ($14), was the wine pairing. Chef Carrie Nahabedian of Chicago River North's NAHA prepared Slow Roasted BLT with Watercress Aioli. Chef Troy Guard of Denver's DISH prepared one of the hits of the evening, Szechuan Colorado Bison Short Ribs with Cauliflower Puree along with Don Miguel Gascon Malbec ($11) of Argentina. E&J Gallo and Pernod Ricard sponsored the wine and libations, along with KROGER, American Family Insurance and PepsiCo as partners and sponsors for the strolling wine dinner that was the climax of Super Bowl Week activities before Game Day at Lucas Oil Stadium.
Posted by Dwight the Connoisseur at 8:31 AM