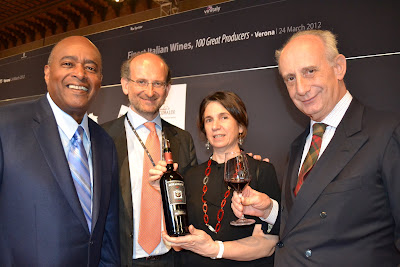 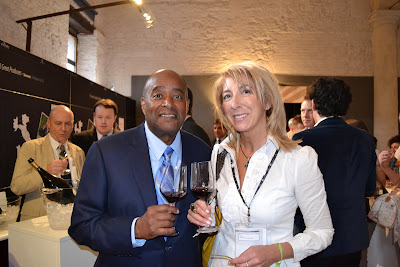 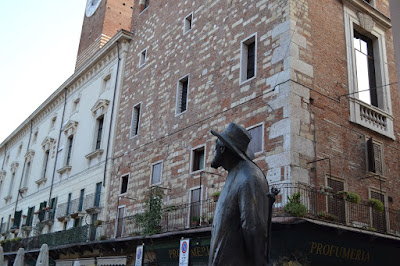 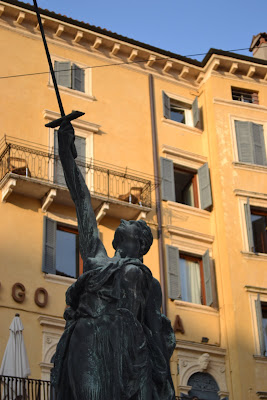 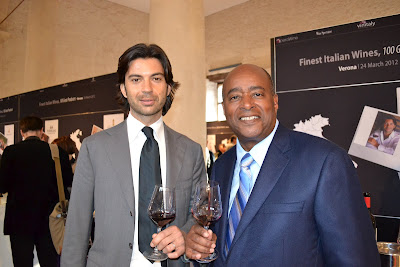 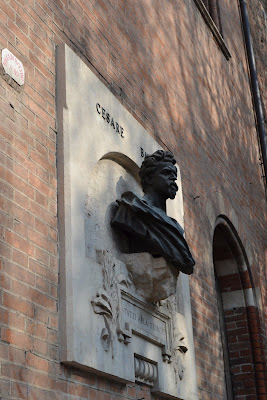 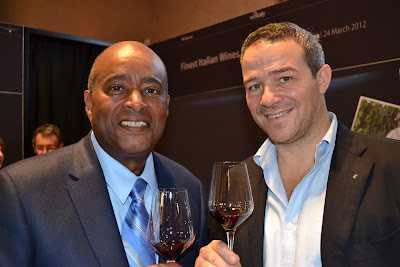 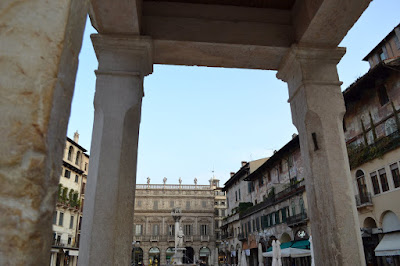 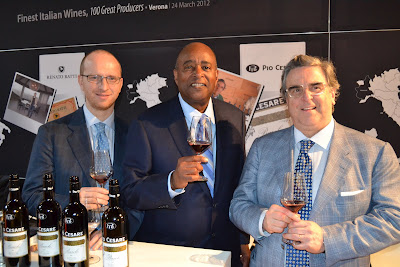 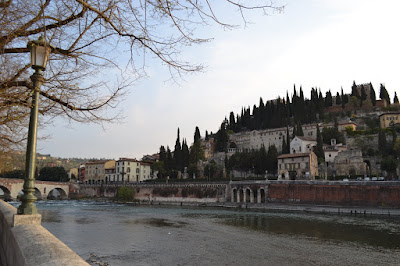 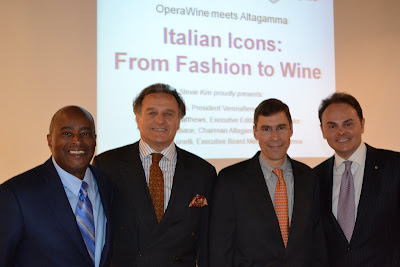 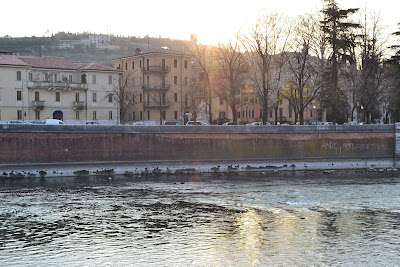 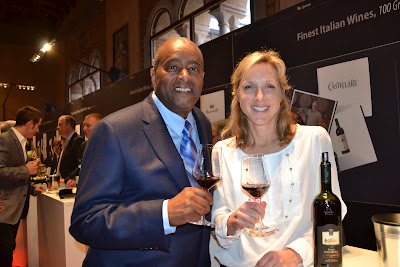 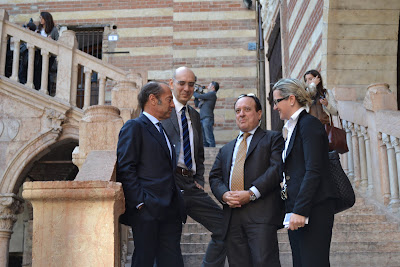 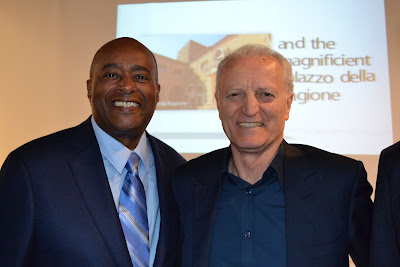 Photo gallery
-Dwight The Wine Doctor with the Frescobaldi Dynasty; Lamberto, Tiziana and President Leonardo
-a delightful reunion with wine photojournalist and worldwide wine consultant Anna Pakula of Chicago and the world
-with Francesco Zonin, Executive Vice President Casa Vinicola Zonin
-A frieze of one of the Kings of Verona buried beneath the Pallazo
-with Marco Caprai, President of Arnaldo-Caprai Viticoltore in Montefalco
-Piaza Erbe at dawn
-Pio Boffa, President of Pio Cesare wines with his nephew, the next generation
-Dwight The Wine Doctor with Jalopo Bondi Santi, and panel members Thomas Matthews, Executive Editor Wine Spectator and Matteo Lunelli, Executive Board Member Altagamma
-Verona at dawn
-with Cristina Mariani-May, Co-CEO Banfi
-Veronafiere CEO Giovanni Mantovani holds court with VIP guests on the steps of the Pallazo della Ragione in central Verona
-Dwight The Wine Doctor with Santo Versace, Chariman of Altagamma Foundation

VERONA, ITALY---Walking thru the cobblestoned streets of the walled city of ancient Verona at dawn, one can feel the presence of the Kings, Queens and Popes who are buried beneath its stately monuments. It was in such an historic setting, the Pallazo della Ragione, in the city’s central square, Plaza Erbe, in the shadow of a statue of the great author, Dante, that a first-ever event was held, OperaWine.

The new premiere event of Vinitaly 2012, OperaWine was the presentation of Italy’s finest wines poured by more than 100 of its Great Producers, as selected in cooperation the world's preeminent wine publication, Wine Spectator magazine. Frescobaldi, Antinori, Gaja, Pio Cesare, Sassicaia are legendary among Italian wines and their owners and winemakers were all there to personally pour their wines.

Dwight The Wine Doctor was privileged to participate as one of the OperaWine Guides, along with fellow wine blogger and charismatic Sommelier Charlie Arturaola and first Master of Wine in Asia and celebrated wine journalist and TV personality Debra Meiburg. We learned first hand the iconic winemaker’s great insights and shared in their expertise while conducting interviews with the aid of our video camera teams. Live feed updates were carried on Twitter and interview segments will be webcast on the Vinitaly and OperaWine websites at www.vinitaly.it and www.operawine.it.

As the winery owners, winemakers, and their VIP guests walked up the Red Carpet along the marble stairway leading to the upper galleries of the Palazzo, the star-studded evening took on the air of Oscar Night. In a sense, this was its equivalent with its collection of Italy’s Best Performers on wine’s world stage.

Among the first winemakers I encountered was a familiar face from my first experience at Vinitaly four years ago, Lamberto Frescobaldi, Vice President of Marchesi de’ Frescobaldi. For Lamberto, OperaWine was a family affair. In the company of his uncle, company President Leonardo Frescobaldi and his niece, Communications and Public Relations Director Tiziana Frescobaldi, he presented his ultra-premium Toscana Momoreto 2006 ($60). "This is a special blend, because it is the most prestigious wine of our Castello, produced from vineyards of the same name. It’s a blend of Cabernet Sauvignon, Merlot, Cabernet Franc and Petit Verdot, which is produced from vines that were planted 150 years ago on our estate. It really shows the bond between the wine and its terroir, which accounts for its unique qualities.“ Lamberto represents the 30th generation of the Frescobaldi family, one of the longest traditions in Italian winemaking history.

In a separate event, Lamberto hosted a special presentation in one of the Palazzo’s upper galleries of his Luce ($26) and Lucente ($30) 2009 wines, produced in collaboration with another name which is legendary in the world of American wine, Robert Mondavi of Napa Valley, California.

Luce was the first wine ever produced in Montalcino by blending Sangiovese and Merlot grapes. It is Lamberto’s pride and joy as a winemaker. It’s a supple wine with pungent notes of wild herbs and blackberries. Aged cheese is its best companion, but roast pork, wild boar (or “white pork”), stewed rabbit or other game meats would make for an excellent combination. Lucente reveals its typical Tuscan character with its robust flavor and elegant structure. This is a versatile wine also designed to go with modern, fusion cuisine.

Just across the aisle, Jose Rallo and her brother, Antonio, of Donnafugata wines of Sicily, were overseeing a tasting of their Passito di Pantelleria Ben Rye’ 2009 ($45). “I call this “meditation wine,” the effervescent Jose Rallo told me while pouring a glass of the crimson colored, naturally sweet wine. Intense notes of ripe peaches and apricots greeted my nose. The taste invited sensations of Mediterranean figs and honey. “This is a great wine to have with foie gras,” she said, slyly referring to my culinary passion. “It’s also great with blue cheese. I like to have it while reading a book or listening to music. That’s why I call it my “meditation wine!” Jose has one of the sweetest jazz singing voices you want to hear. She’s even sung at the Blue Note in The Village in New York, where she accompanied her music with a tasting of her wines. I bet I can get a CD of her’s online and enjoy listening to that while drinking a bottle of her wine. Neat!

Cristina Mariani-May is one of the bright stars of the Italian wine world and she presents the “new face” of Italian wine with her emphasis on hospitality and cuisine at Villa Banfi. Family proprietor and co-CEO of Banfi Vintner’s, America’s leading wine importer, her Castello Banfi Vineyard Estate in Montalcino, Tuscany is one of the crowning jewels of the region. Her Castello Banfi Brunello di Montalcino Poggio Alle Mura 2007 ($56) was one of the highlights of the evening.

“This is a really special wine and unique to our estate because it comes from dedicated vineyards that flow down from our historic Poggio alle Mura Castle, which is the crowning focus of our estate. The grapes are 100% Brunello Sangiovese and the vines were planted after over a decade of research in 1992 with the idea of isolating the ideal selection of clones to make consistently great Brunello di Montalcino.” Mission Accomplished!

Besides the cooperation of Wine Spectator, OperaWine was sponsored by Air Dolomiti, Asiago (which hosted a spectacular presentation with a live cheese monger, dramatically slicing wheels of Asiago cheese for tasting. It was one of the most popular stations of the evening), as well as Bormioli, Ferrarelle and Levoni.

Only 500 guests were allowed at each of the two tasting sessions of Opera Wine. Aficionados from across Europe, Asia and the United States came to this premiere tasting of the finest wines that Italy has to offer. I even ran into a long-lost friend of mine from Chicago, fellow wine photojournalist and author Anna Pakula, who is also a distinguished wine panel judge and passionate worldwide wine consultant.

There were two very fortunate people who got to attend as winners of a video essay contest, sponsored by OperaWine and the Wine Spectator, in which they told why they love Italian wine. For a wine enthusiast, the evening was like being in the Green Room at the Oscars, rubbing shoulders with the winners, but not even they would have had the experience of tasting these one of a kind, exquisite, handcrafted wines.

Posted by Dwight the Connoisseur at 2:15 PM