ROME---Gambero Rosso (the Red Shrimp), the prestigious culinary institute in Rome and the location which houses both the cooking school and Italy's version of The Food Network, was the site of an unusual cooking class and participatory demonstration. As part of the Roam Around Rome Educational Tour organized and sponsored by Promoroma, the Special Agency of the Chamber of Commerce of Rome, our group experienced a "hands on" introduction to true Roman cuisine at Citta del Gusto at Gambero Rosso for a cooking show in which we were the stars. What resulted was a terrific idea for preparing a romantic dinner for two at home for Valentine's Day.

Roman Cuisine: The True Roman Tradition was the subject of the night and the dinner that was to be prepared. Our team of professional chefs guided us through each step of preparation for the night's meal, which would consist of Spaghetti Alla Carbonara, homemade spaghetti prepared in a creamy sauce consisting of pork cheek bacon (guonciole), fresh whipped eggs, grated Pecorino Romano cheese and freshly ground pepper as the first course and Salti In Bocca Alla Romana (jumps in your mouth), a flavorful construction of  thinly sliced Veal round steak, Italian ham,  and sage leaves dredged in flour and sauteed in a combination of unsalted butter, olive oil with a splash of dry white wine for a dramatic flaming finish.

The experience of cooking the meal in the stainless steel kitchen setting of the famed Gambero Rosso, under the guidance of celebrity chefs, combined with the thrill of eating a fabulous meal which you created yourself, was a heady one. Combined with the flavors of crisp,  local wines, it was a sensation that will be long remembered.

Italian sparkling wines are among the best and most value priced on the market today and the wine regions around Rome produce some of the best. Contadi Castaldi sparking Rose from Franciacorta is the sparkler of choice at Gambero Rosso. You can find it at discriminating wine shops in your area and it only costs around $20. A few sips during the cooking process and a hearty toast once the meal is completed will make this a Valentine's Day to remember!

Here are the recipes from Gambero Rosso in Rome:

Preparation:
Cut the bacon into tiny strips if not already sliced and cook slowly in a saute pan until crispy, preserving the hot residual oil for later use in the recipe

Beat the eggs in a bowl along with with grated cheese and black pepper
Cook the spaghetti in salted boiling water. Drain the pasta, but reserve some of the cooking liquid for later use in creating the "sauce"
Put the pasta in the sautee pan with the crispy bacon and a bit of the reserved cooking fat. Cook the pasta and oil mixture until creamy, stirring constantly over a low flame, adding a bit of the pasta cooking water to soften

Remove the pasta from the heat and pour the spaghetti into the bowl with the egg, cheese and pepper mixture. Mix well until pasta is coated with the creamy mixture. Add additional cheese and pepper to taste and eat quickly while still warm with a hearty swig of sparkling wine! Buon Appetito! 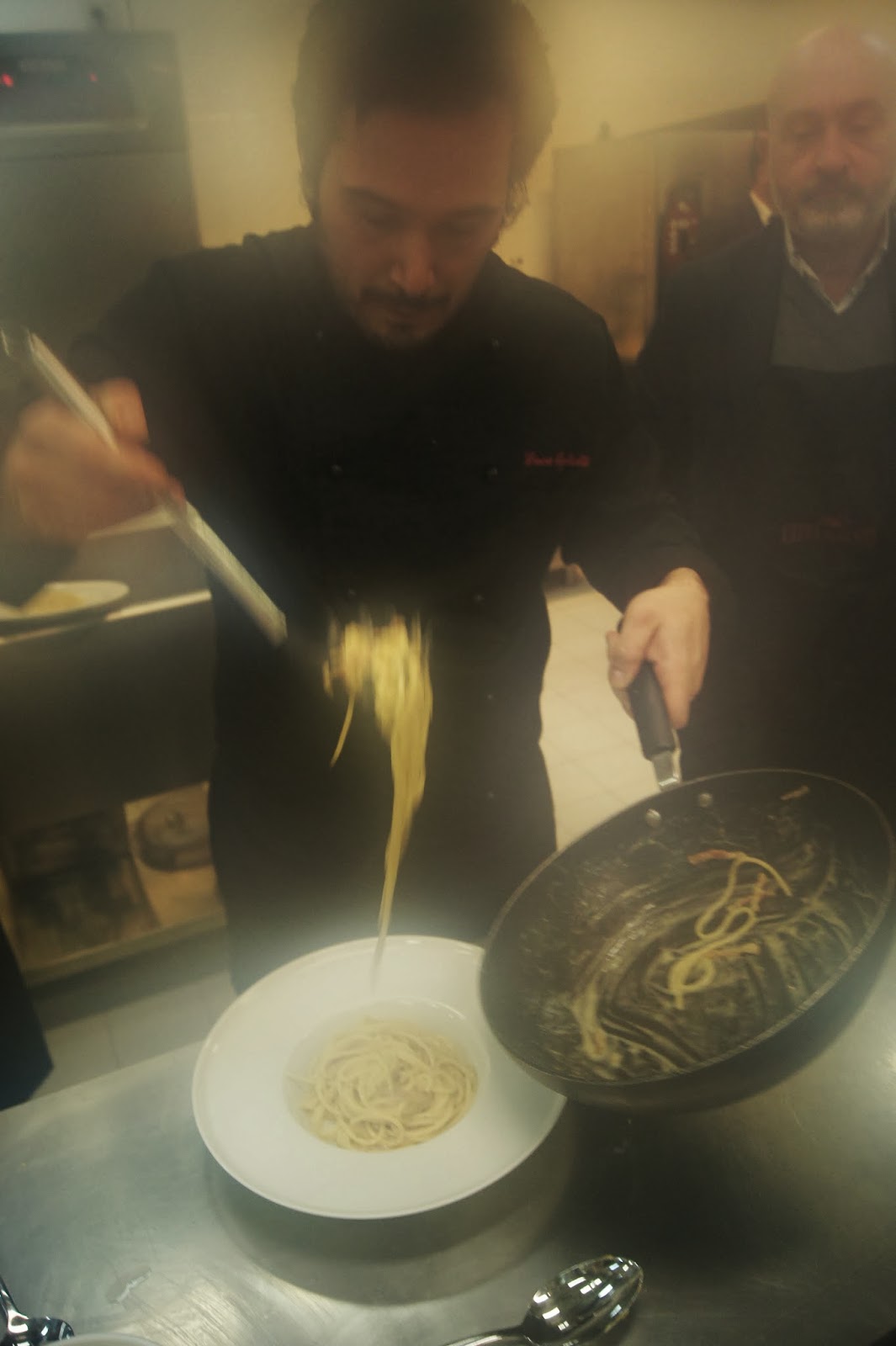 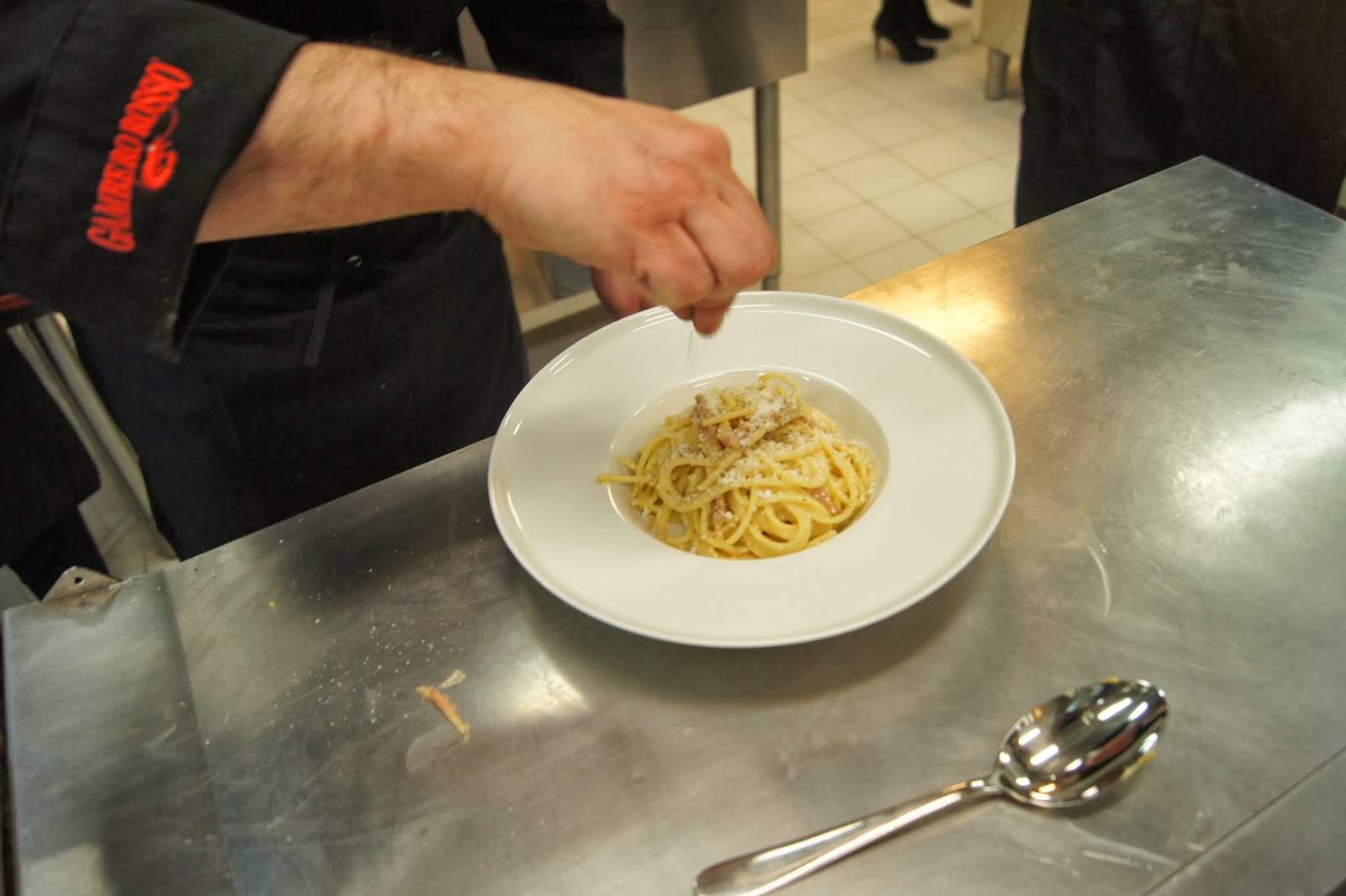 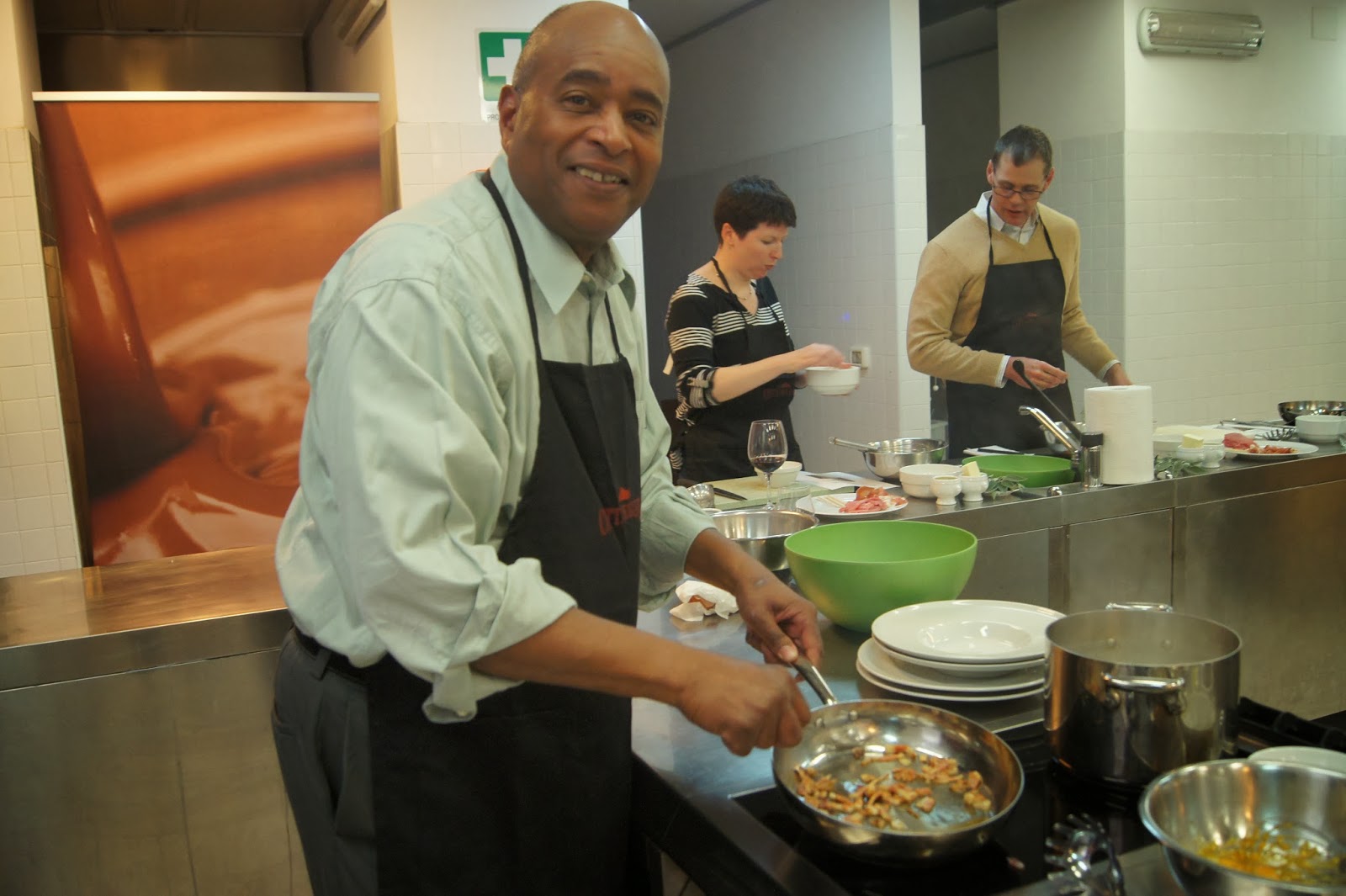 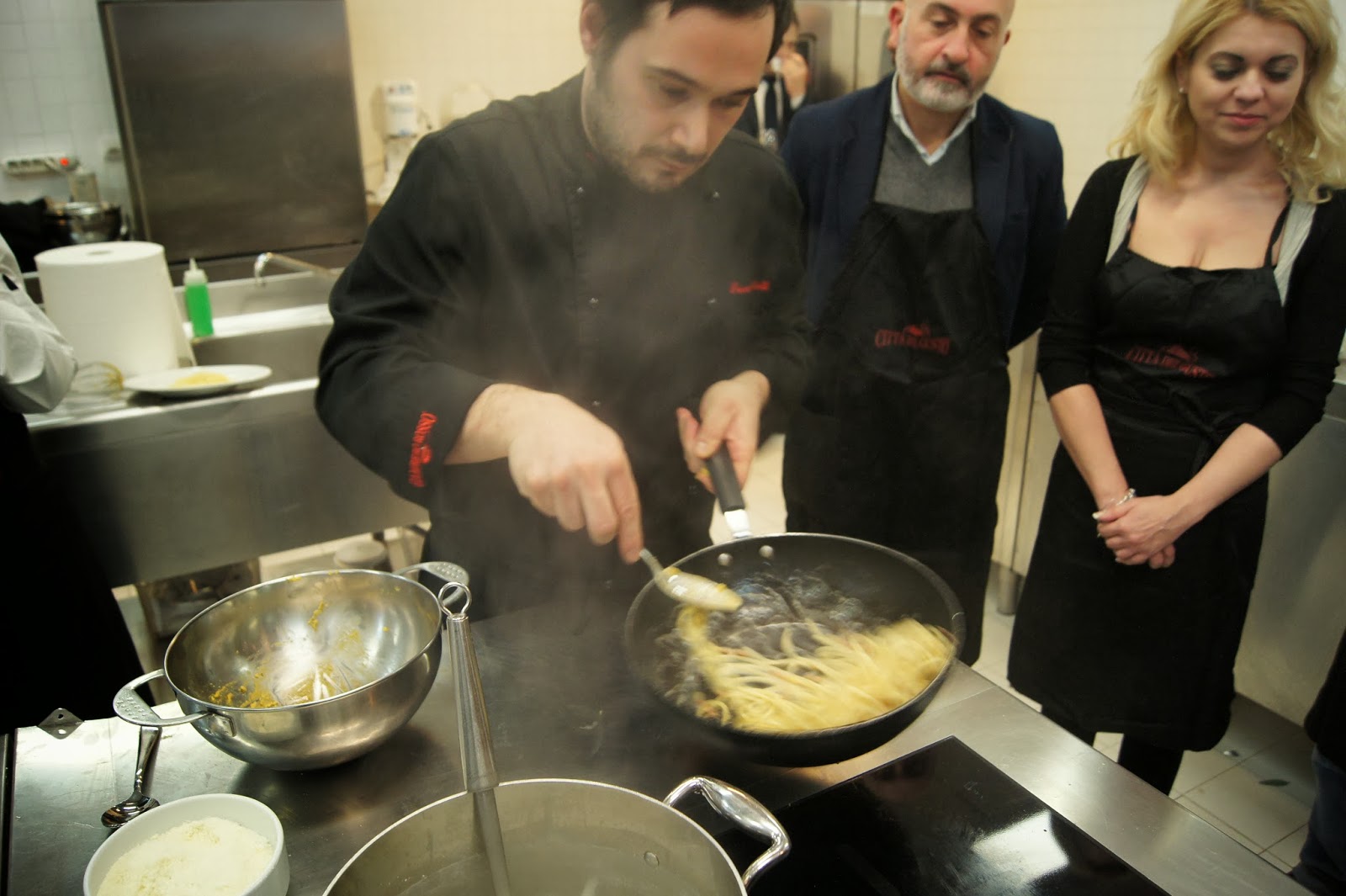 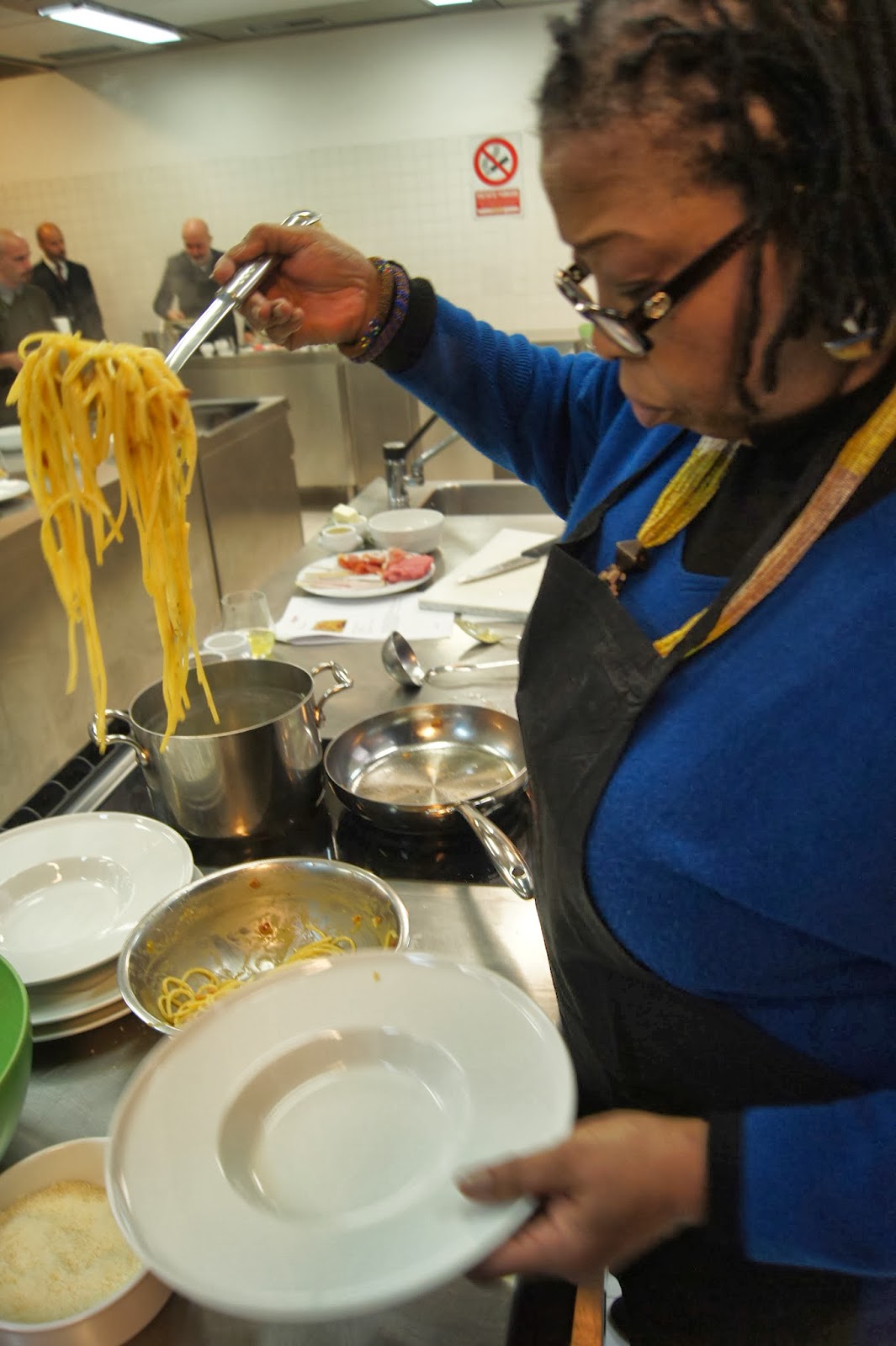 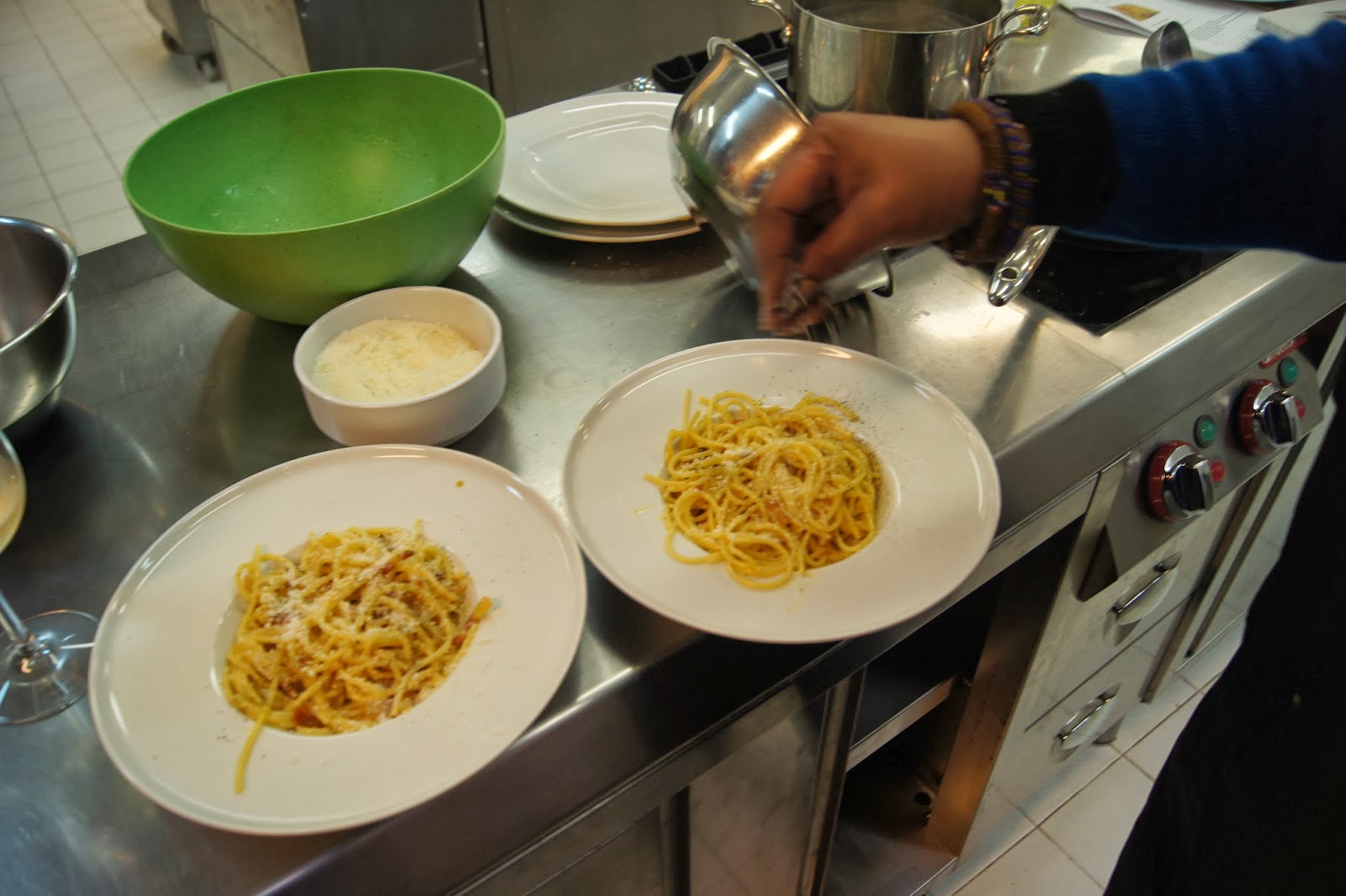 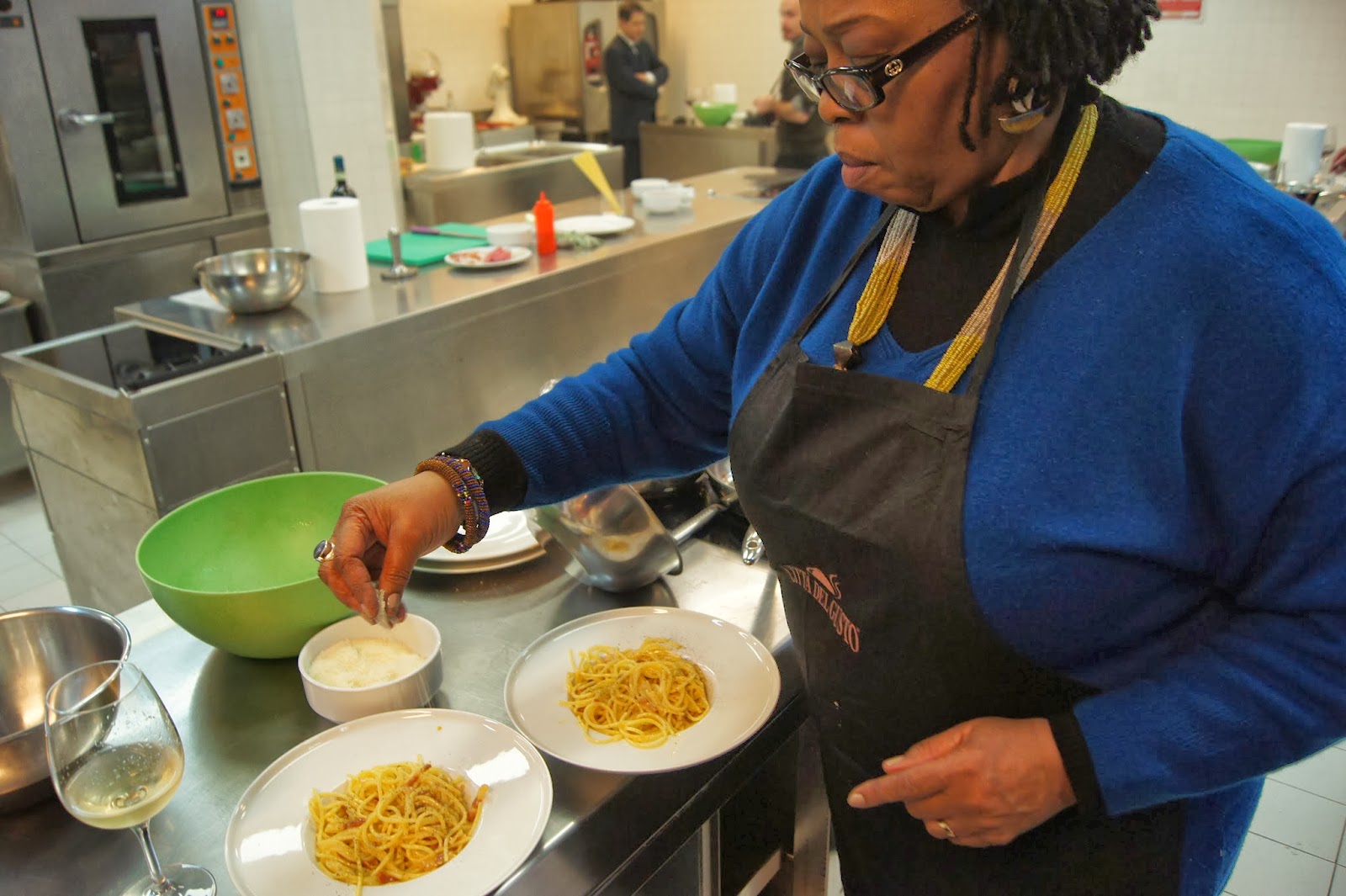 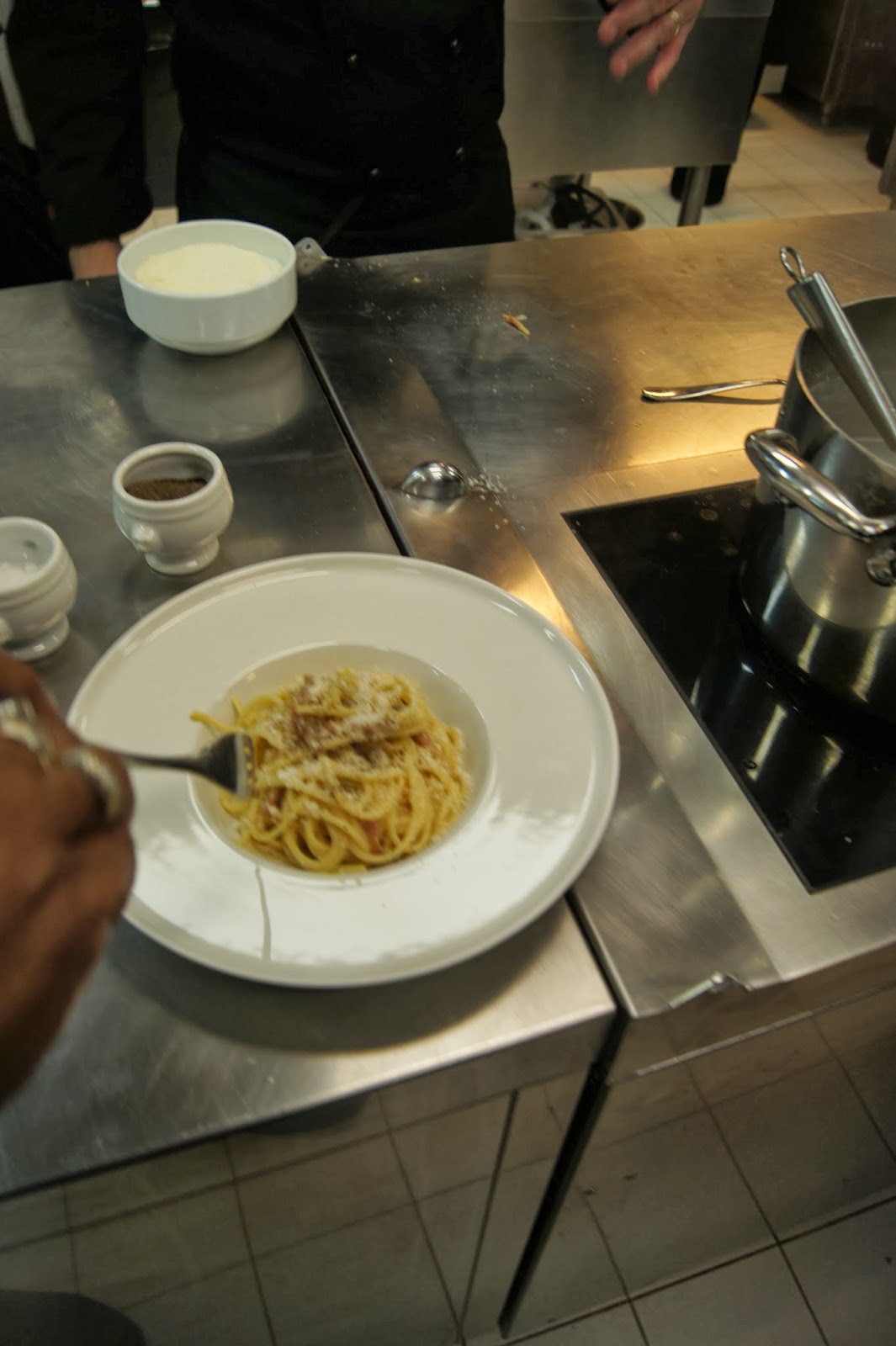 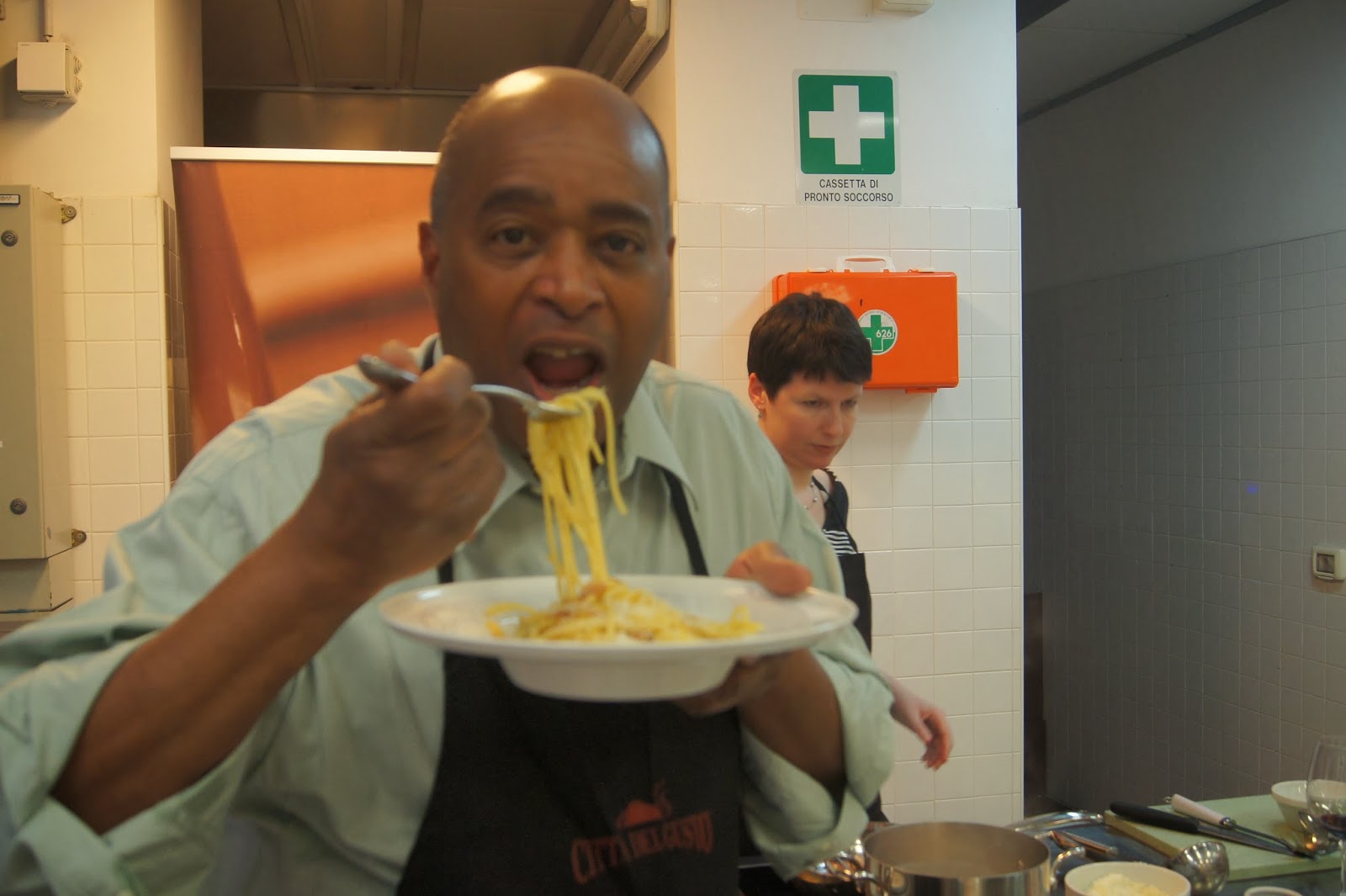 Tenderize veal cutlets with a mallet
Lay a slice of prosciutto and a leaf of sage on top of each piece of veal and weave a skewer or toothpick in and out of each cutlet to secure the ham and sage
Place flour on a platter and dredge bottom side of the veal in flour. Shake off excess flour
Heat the olive oil and butter in a large, flat skillet over a medium flame. Place veal in the pan, ham side down, and cook for 3 minutes, just to crisp it up. Flip the veal over and saute' on the other side for 2 minutes, until golden.
Remove veal from the pan and place it on a warm plate. Deglaze the pan with the white wine over a medium flame and season lightly with the sea salt. (You can get fancy and flame the pan with the warm wine for dramatic effect!)
Continue to deglaze the pan, stirring the wine and pan juices to make a nice sauce.
Pour the sauce immediately over the veal cutlets and garnish the plate with extra sage leaves and serve with a sparkling wine toast! 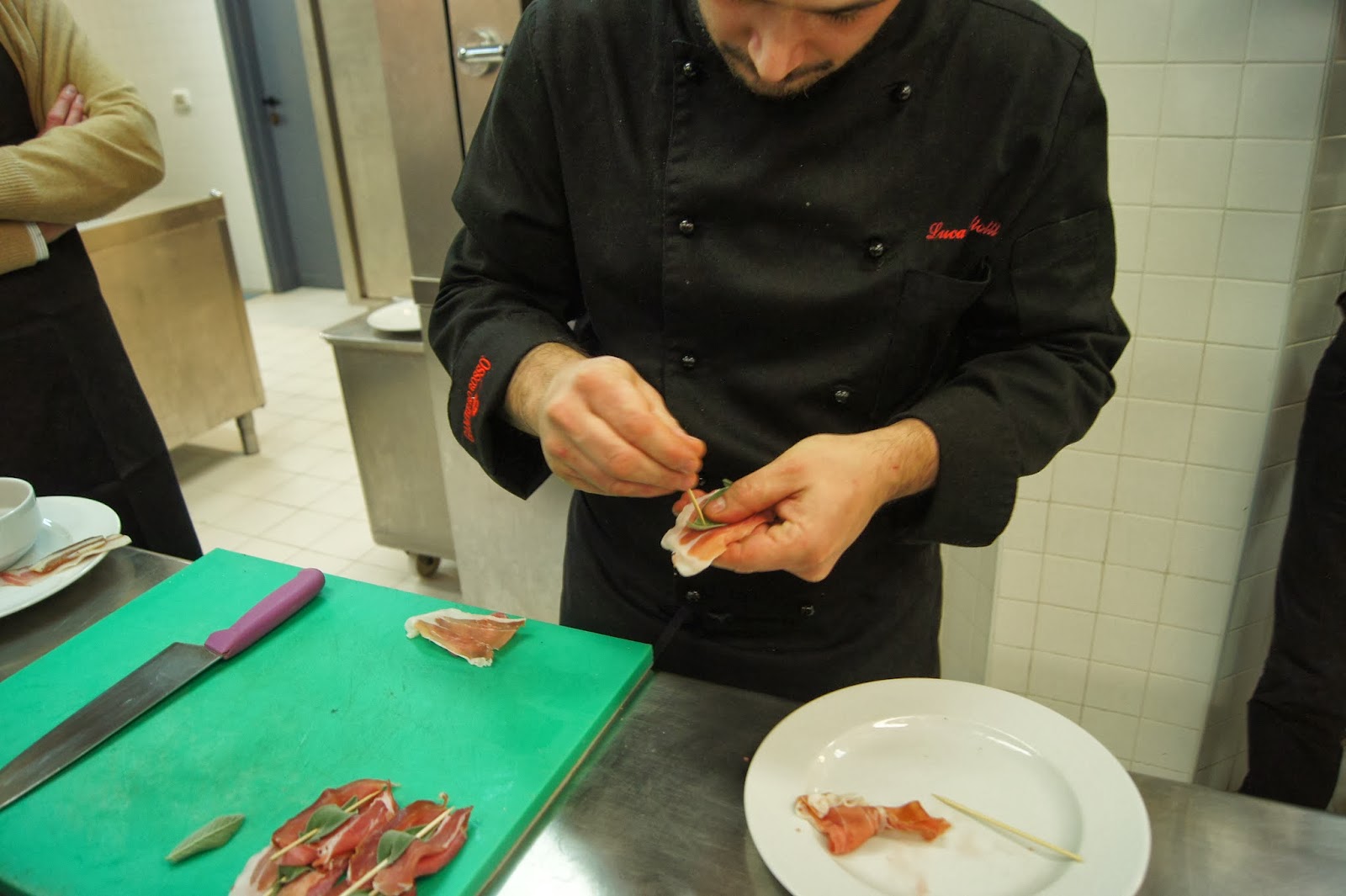 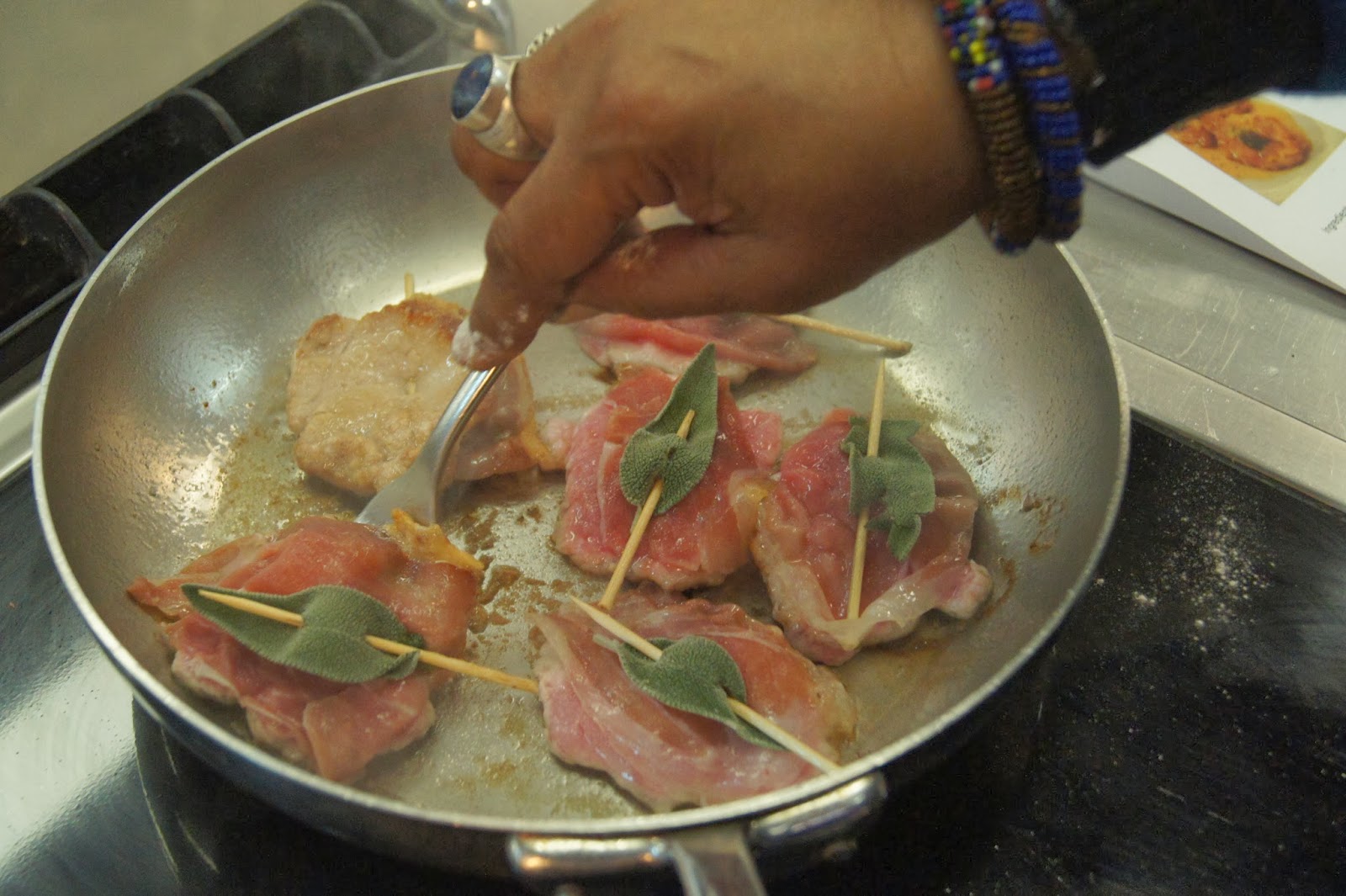 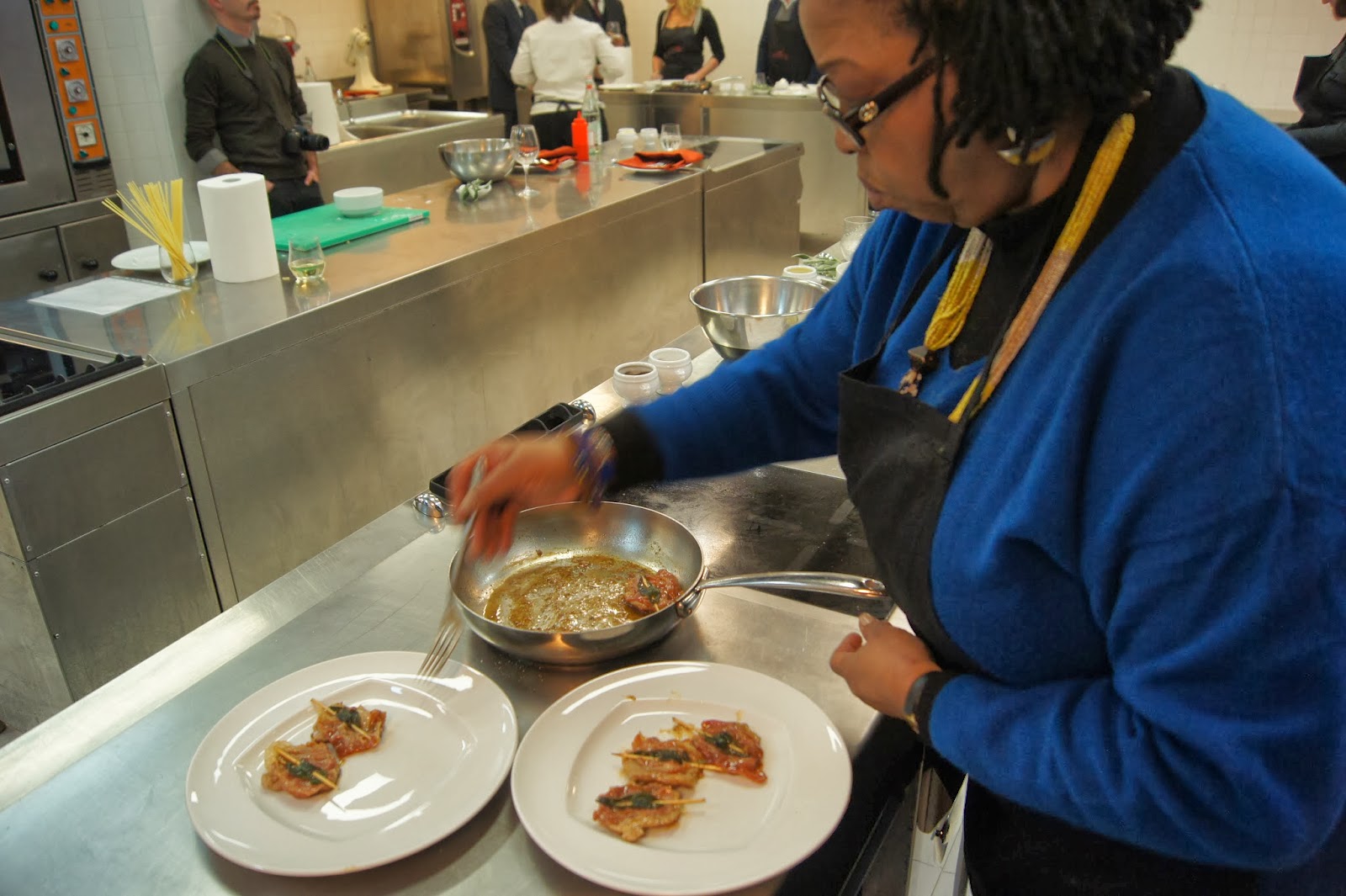 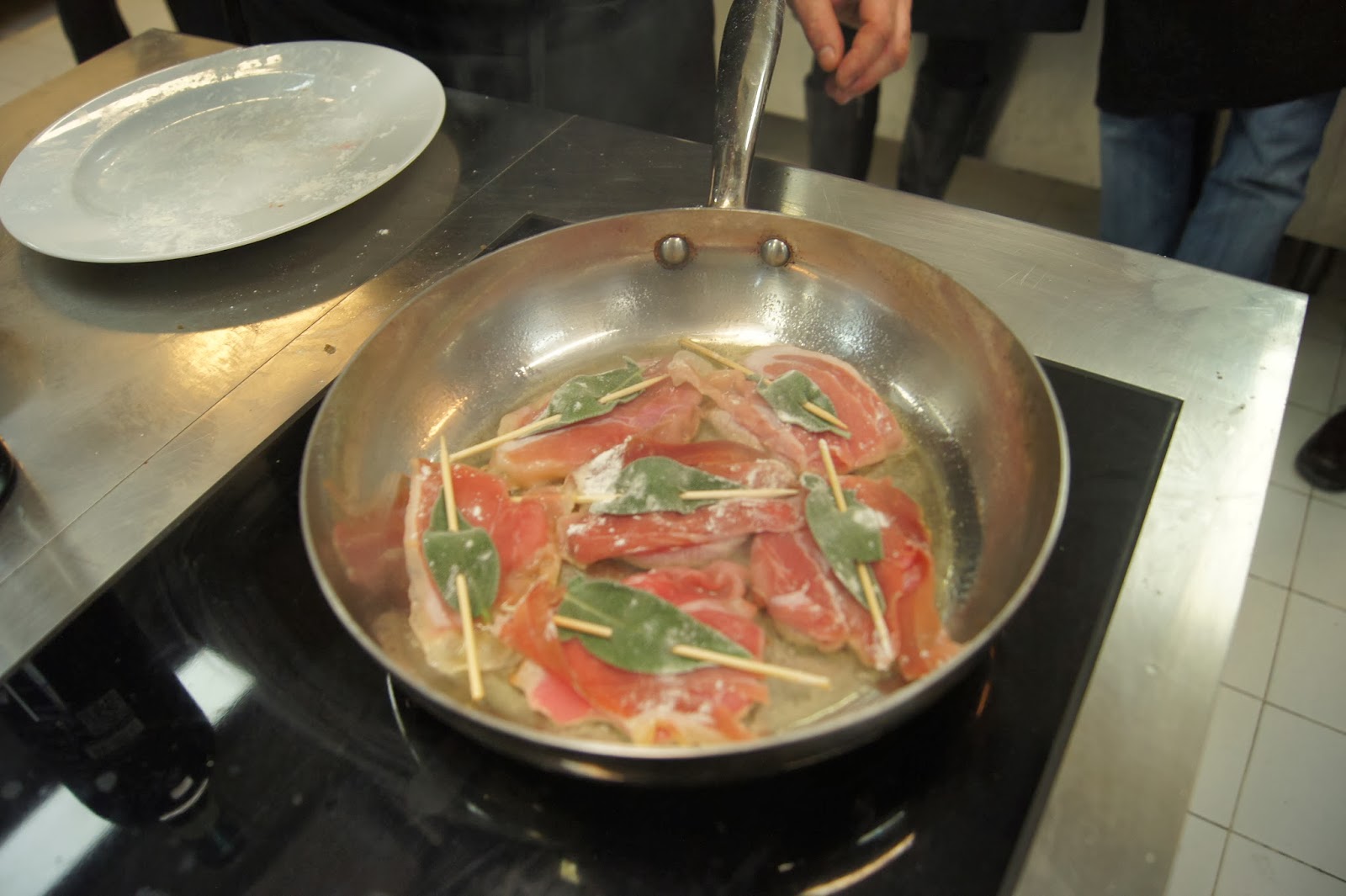 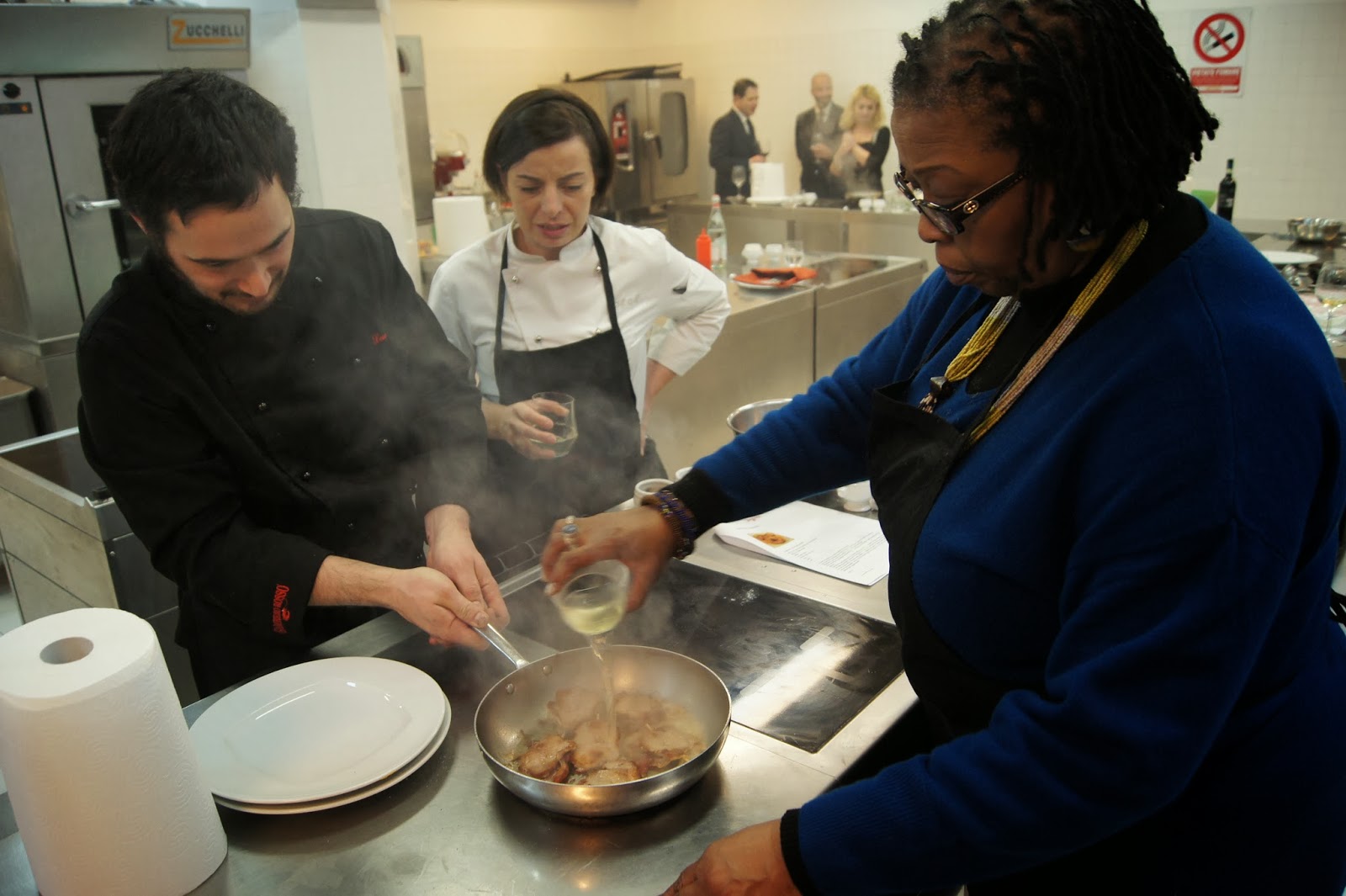 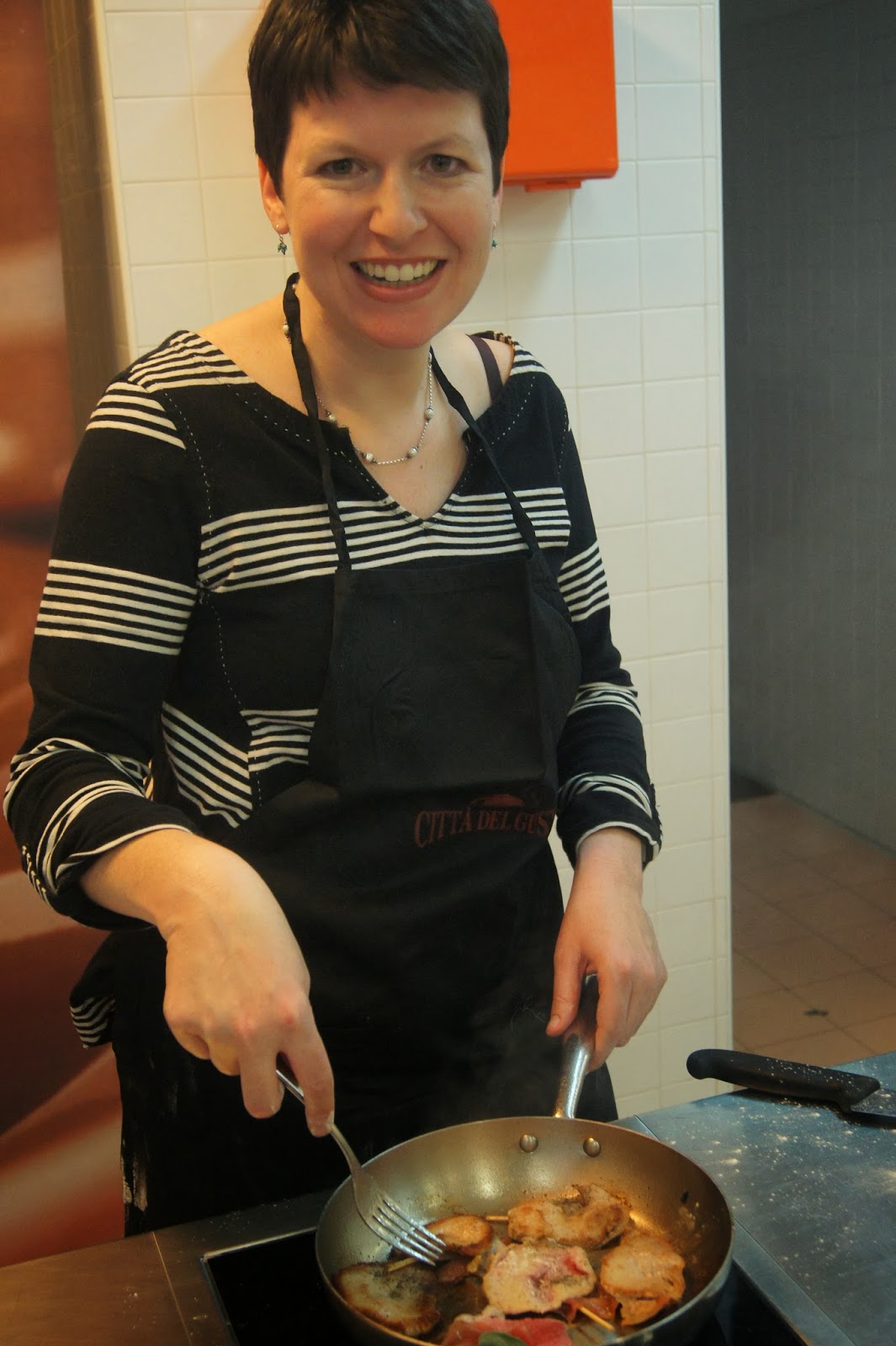 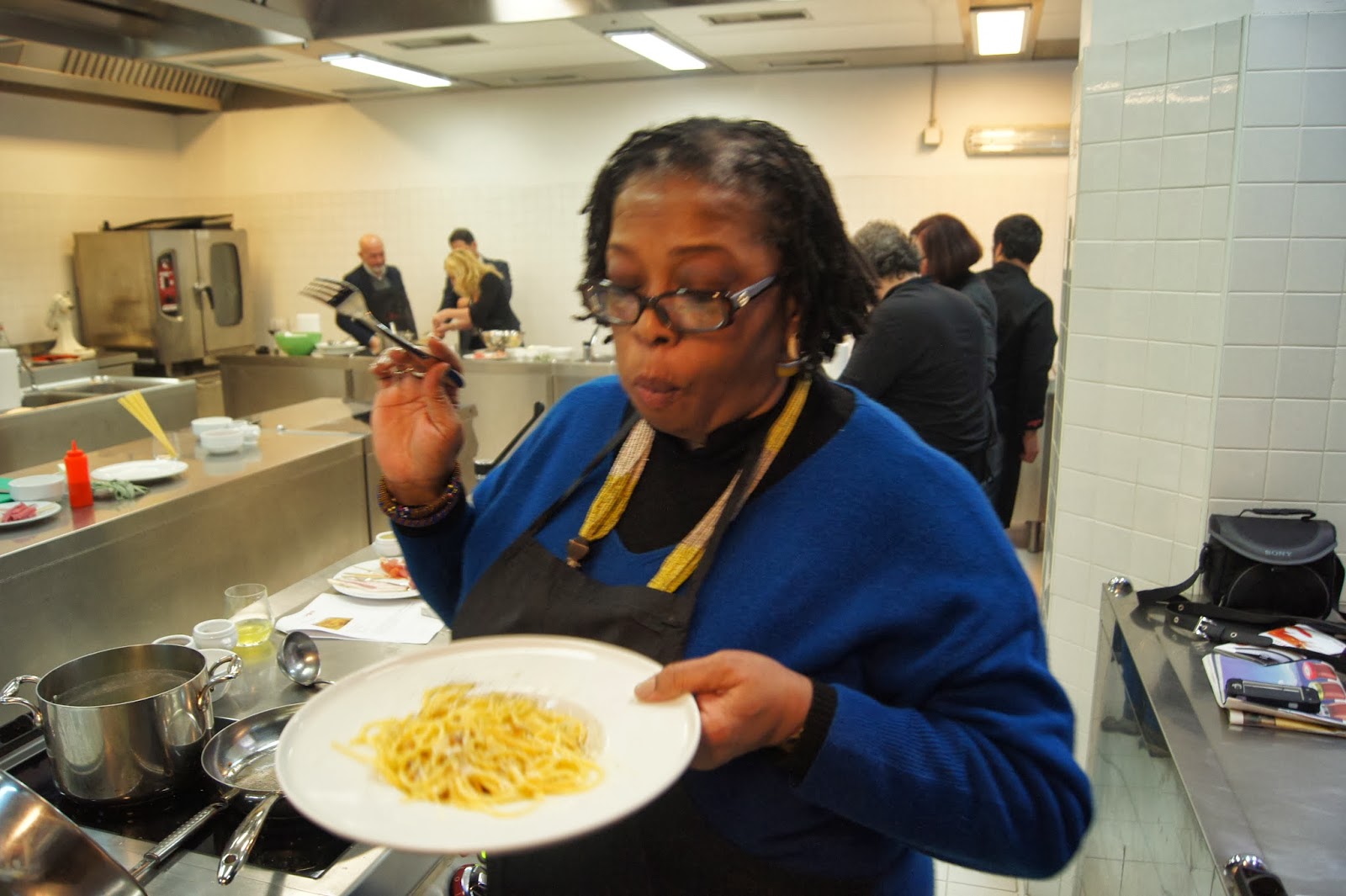 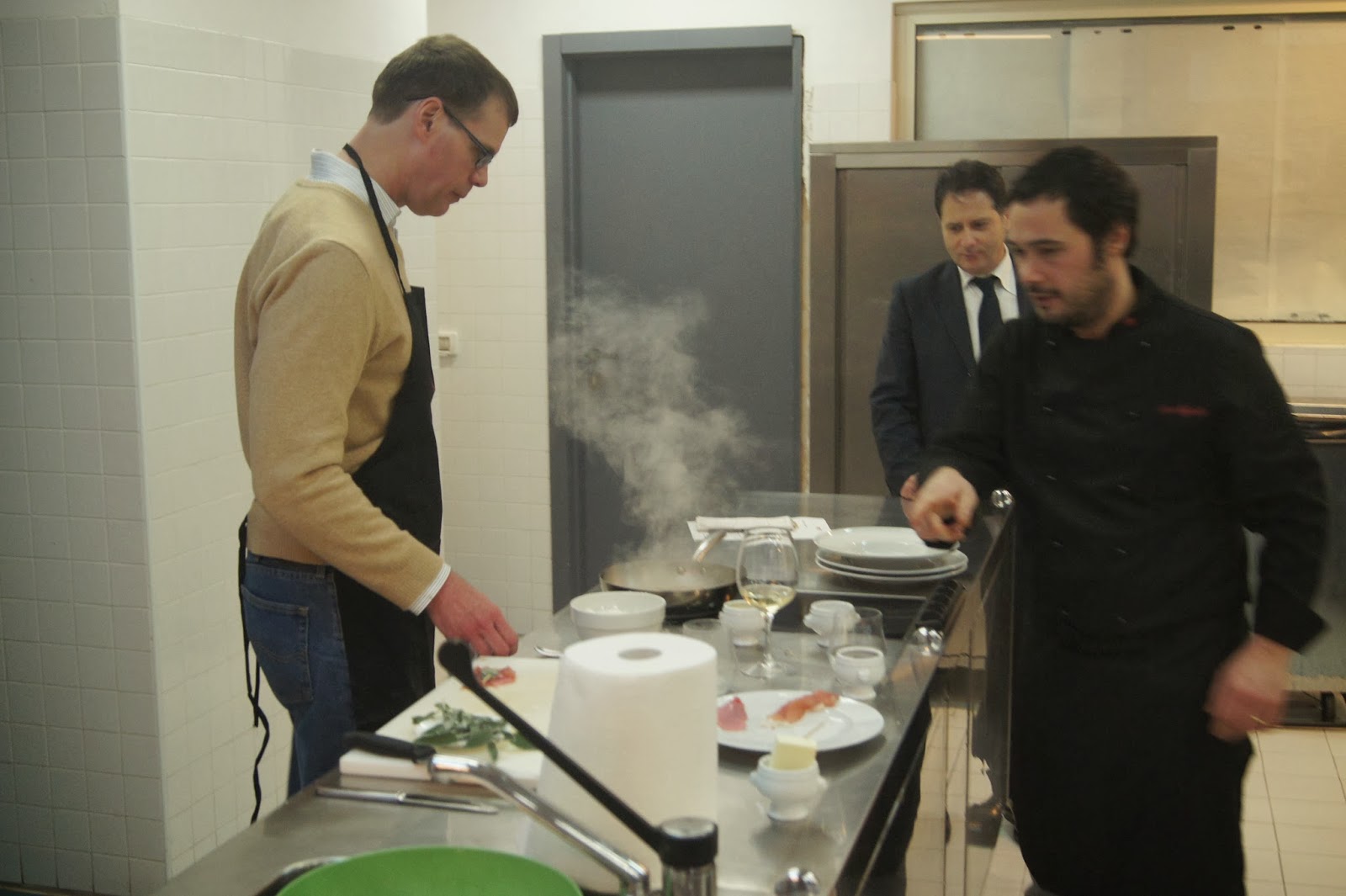 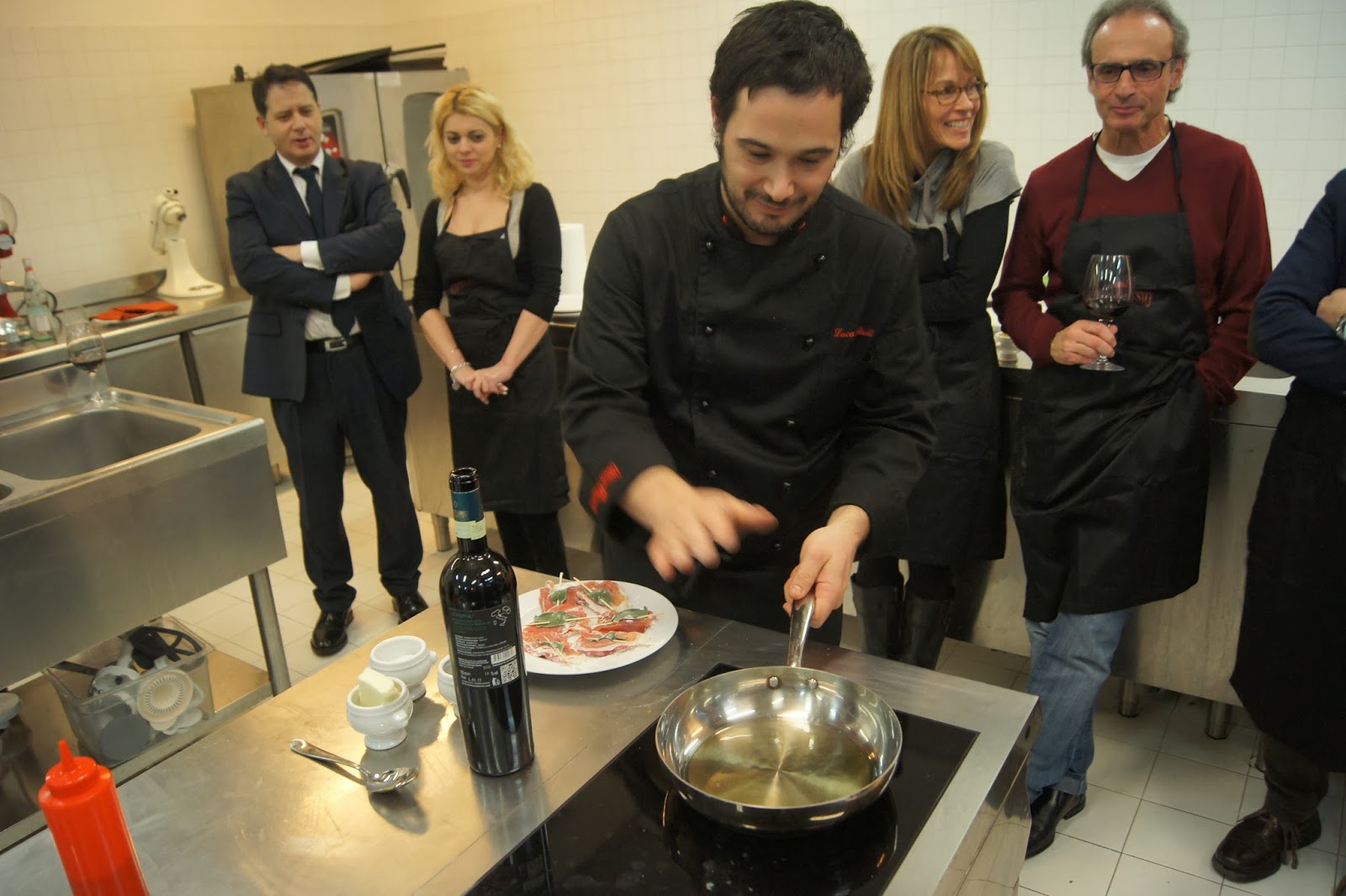 It's a bold, modern and intriguing blend of Chardonnay (65%) and Pinot Nero (35%)  with a bright pink color and full-bodied taste of raspberries and strawberries and the distinct aroma of crushed red rose petals. Perfect for Valentine's Day!


Posted by Dwight the Connoisseur at 2:39 AM