Tre Bicchieri on world tour with best in Italian wines

NEW YORK--Tre Bicchieri (three glasses) is the highest honor for Italian wines in the world. Sponsored by Gambero Rosso (the Red Shrimp), the prestigious Italian culinary institute and headquarters of the Italian version of The Food Channel on both cable television and WebTv, the Tre Bicchieri World Tour 2014 is the main series of events dedicated to presenting the best in Italian wines to a global audience.


The U.S. portion kicked off the tour with a lavish presentation featuring 200 Italian wine producers presenting their award-winning wines.  The wines, all rated 90 points or more, represented almost every region and varietal in the vast arsenal of Italian wines now available in the United States. With Grand Tastings and seminars designed for the Trade and Media and evening tasting sessions for the wine-drinking public,  it was an experience destined to broaden the reach and appeal of Italian wines.

The New York kick-off was held in the prestigious Metropolitan Pavilion in Manhattan's Chelsea neighborhood. Chicago was the next stop at the historic Great Hall of Union Station, followed by San Francisco at Fort Mason Center on San Francisco Bay in the shadow of the Golden Gate Bridge.


Many regions and wineries that were unfamiliar to many U.S. consumers suddenly were pushed into the limelight because of the Tre Bicchieri recognition. This was their moment to shine. For example, everyone is familiar with the Chianti region of Tuscany, but how many know of Bolgheri. Located on the Tuscan coast, just south of Livorno, it is one of Italy's most prestigious vineyard areas and its best kept secret. However,  it is virtually unknown outside of its own borders. Best known for its trend-setting non-DOC wines, made by avant garde winemakers, the region is on the cutting edge of the innovative style known as "Super Tuscan." Empire Merchants LLC presented its Castello di Bolgheri Bolgheri Superiore 2010, a powerhouse of a wine with soft tannins and well balanced fruit and acid. Bolgheri DOC wines are unique in that their Rosso and Bolgheri Superiore wines are labeed without the mention of the grapes used, because terroir is considered more important than grape varieties. Bolgheri wines are known for their true expressions of terroir.

One winery that has garnered acclaim with a similar style is the legendary Sassicaia, which is credited with putting Bolgheri  on the map. Sassicaia is the first and only Italian winemaker to be honored with its own single-estate classification.

Some of the other outstanding wines experienced at the Metropolitan Pavilion tasting were Donnafugata's Passito di Pantelleria Ben Rye 2011, an apperitif wine with intense aromas and concentrated f flavors. The grapes are grown in the sandy, volcanic soils of the Mediterranean island paradise of Pantelleria, one of the southernmost outposts of Italy, within striking distance of the north African coast. The wine is rich, with a honey gold color and flavor. Served often as a dessert wine, it can virtually 'stand alone' at the end of a meal.

The Veneto made a strong impression with Allegrini Amarone della Valpolicella 2009 and its flagship Palazzo della Torre 2010, which won Due Bicchieri.

Among the sparkling wines, Ferrari of Trentino made a return appearance to the Tre Bicchieri awards with a new offering, Trento Extra Brut Perle' Nero 2007, a creamy, rich dry sparkling wine, similar in tone to some of the prized sparklers of France, with its small, persistent bubbles and well integrated tropical fruit flavors with just a hint of dosage. Best served in large format bottles, the Magnums, this is a celebration wine that is also at home on the dinner table.

Villa Sandi made a big splash with its elegant Cartizze V. La Rivetta, A Prosecco DOCG Valdobbiadene Superiore sparkling wine made with 100% Glera grape, the original grape of Prosecco.
The grapes are softy pressed under carefully controlled temperature and then fermented at 60 degrees F. Once optimum sugar and alcohol levels are met, the fermentation is stopped, and after a short settling period, the sparkling wine is ready for bottling. Villa Sandi Cartizze is an intense, fruit driven sparklingwine with the taste and aroma of fresh golden apples, star fruit and a hint of tangerine and white jasmine flowers. It's fresh, dry and elegant from start to finish. This is the one to have with Lobster Souffle or Lobster Mac n' Cheese with that special someone. Bring a second bottle along in case you decide to take the rest of the afternoon off!

The Tre Bicchieri World Tour 2014 next rolls into Dusseldorf March 22, 2014 and then Vancouver, May 22, 2014. It would be a good idea to circle one or both of these dates on your calendar and make travel arrangements to attend. There'll be additional producers there who did not make the U.S. tour. it"s a great opportunity to taste some terrific wines that you otherwise would not be able to sample under one roof. Tre Bicchieri is a wine lover's paradise for those who covet the best in Italian wines. 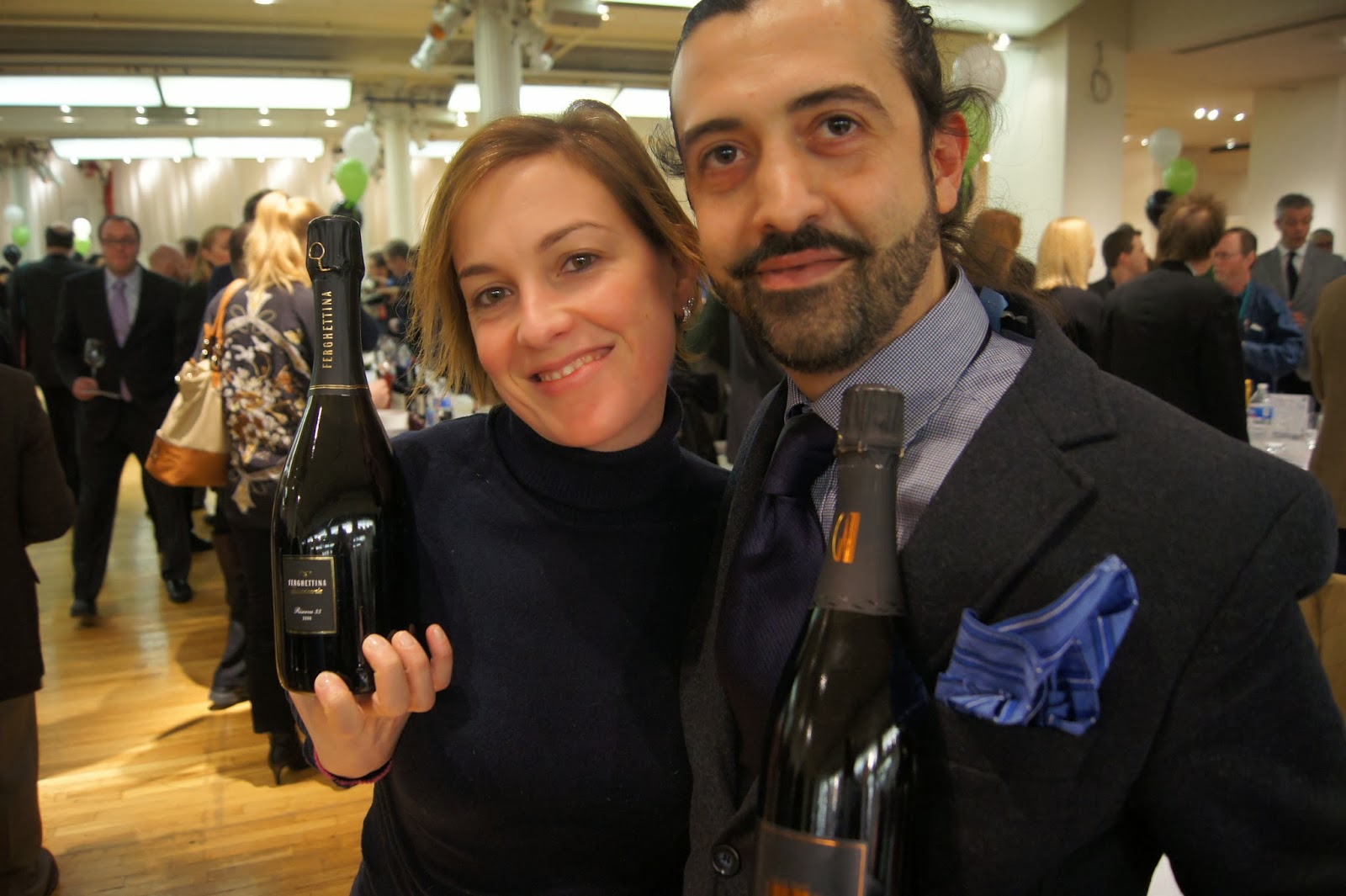 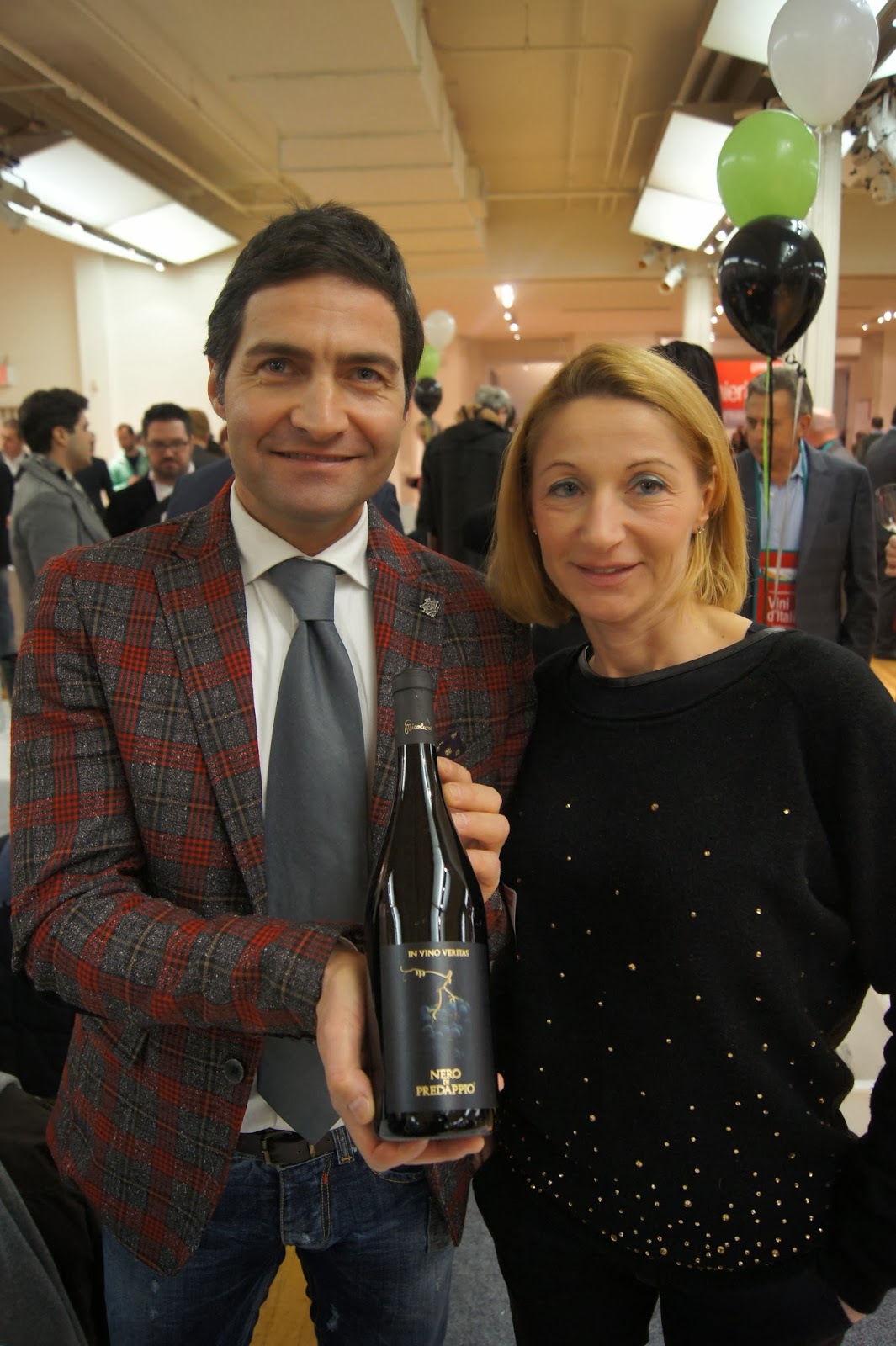 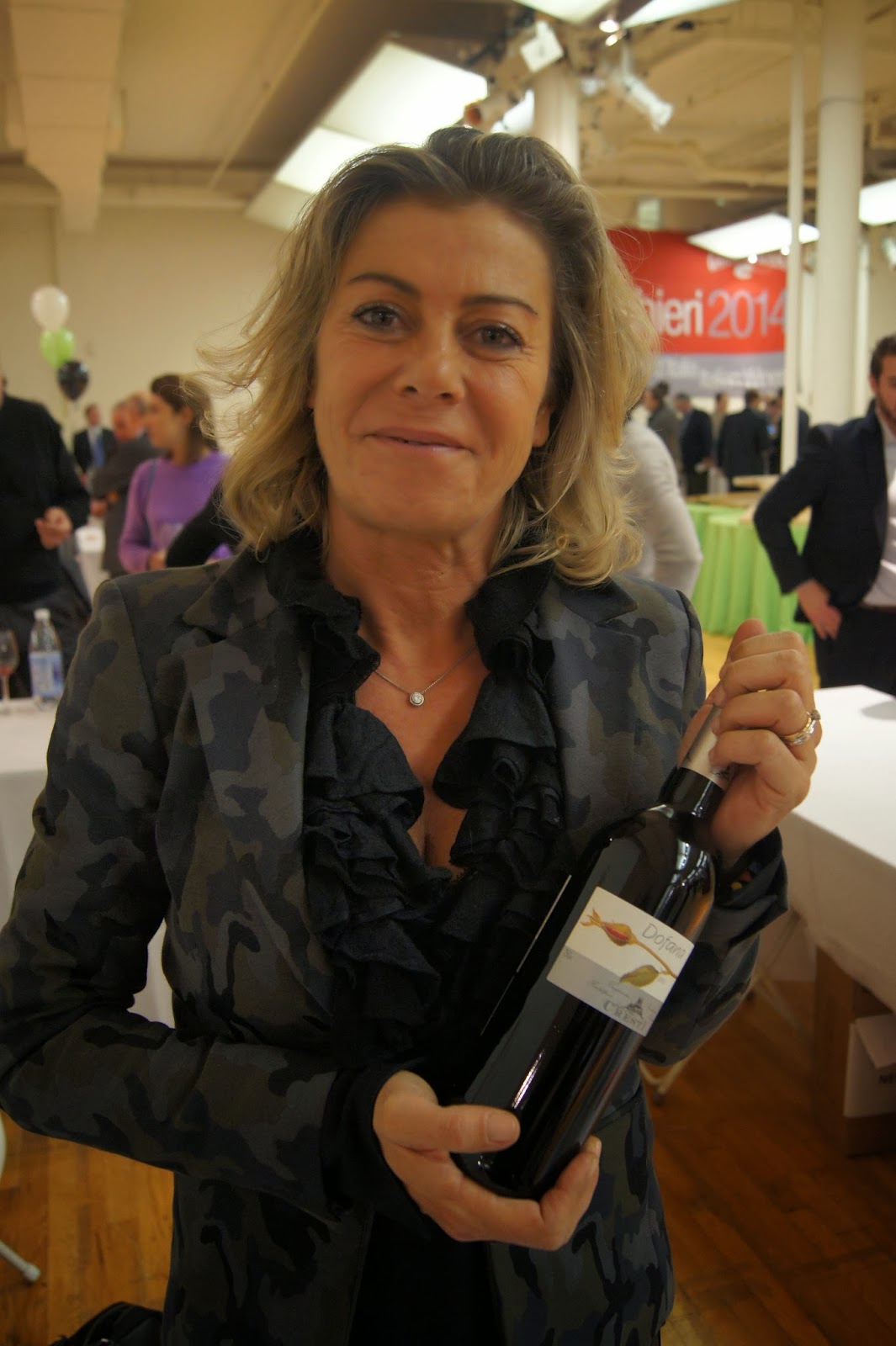 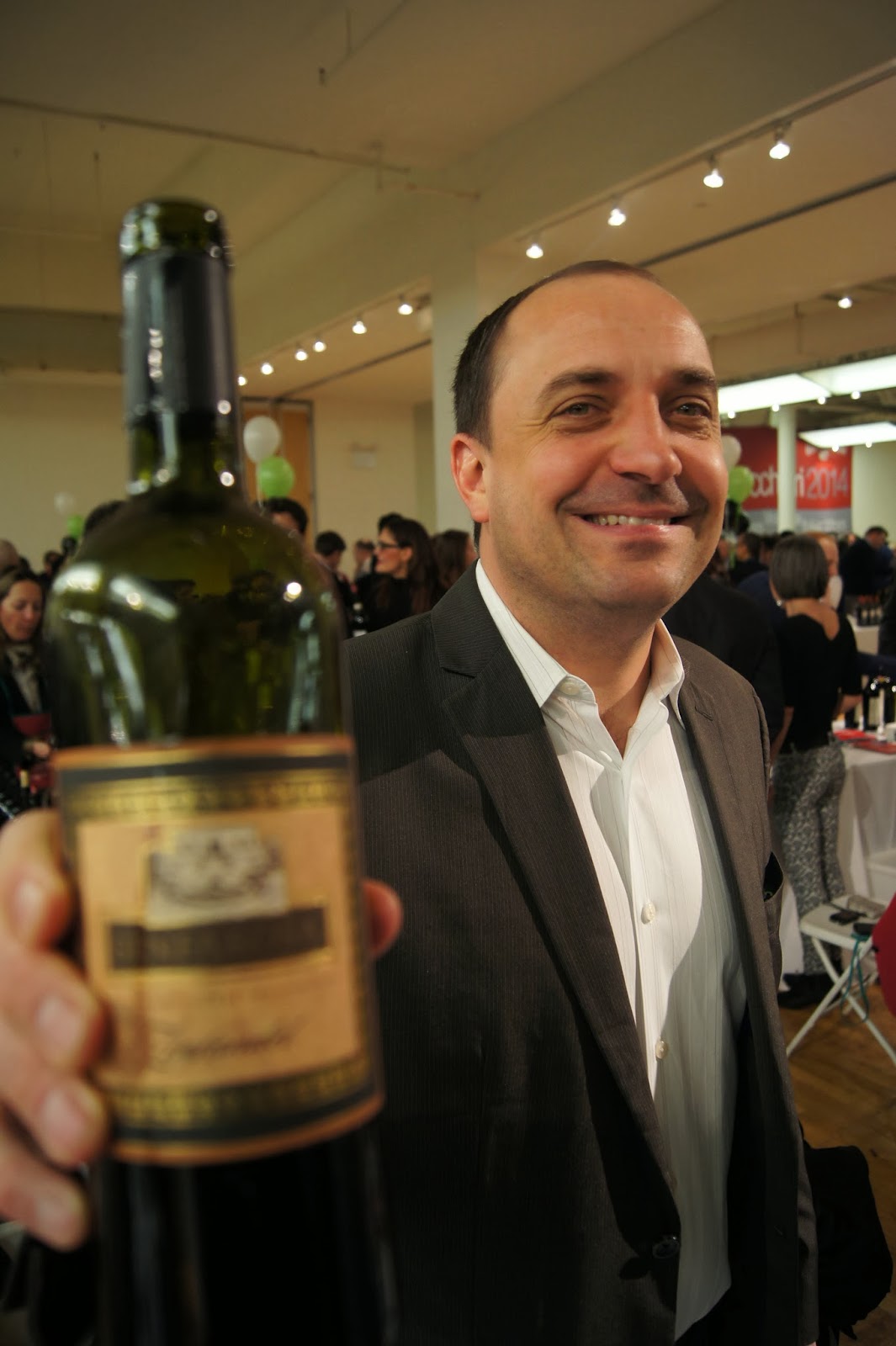 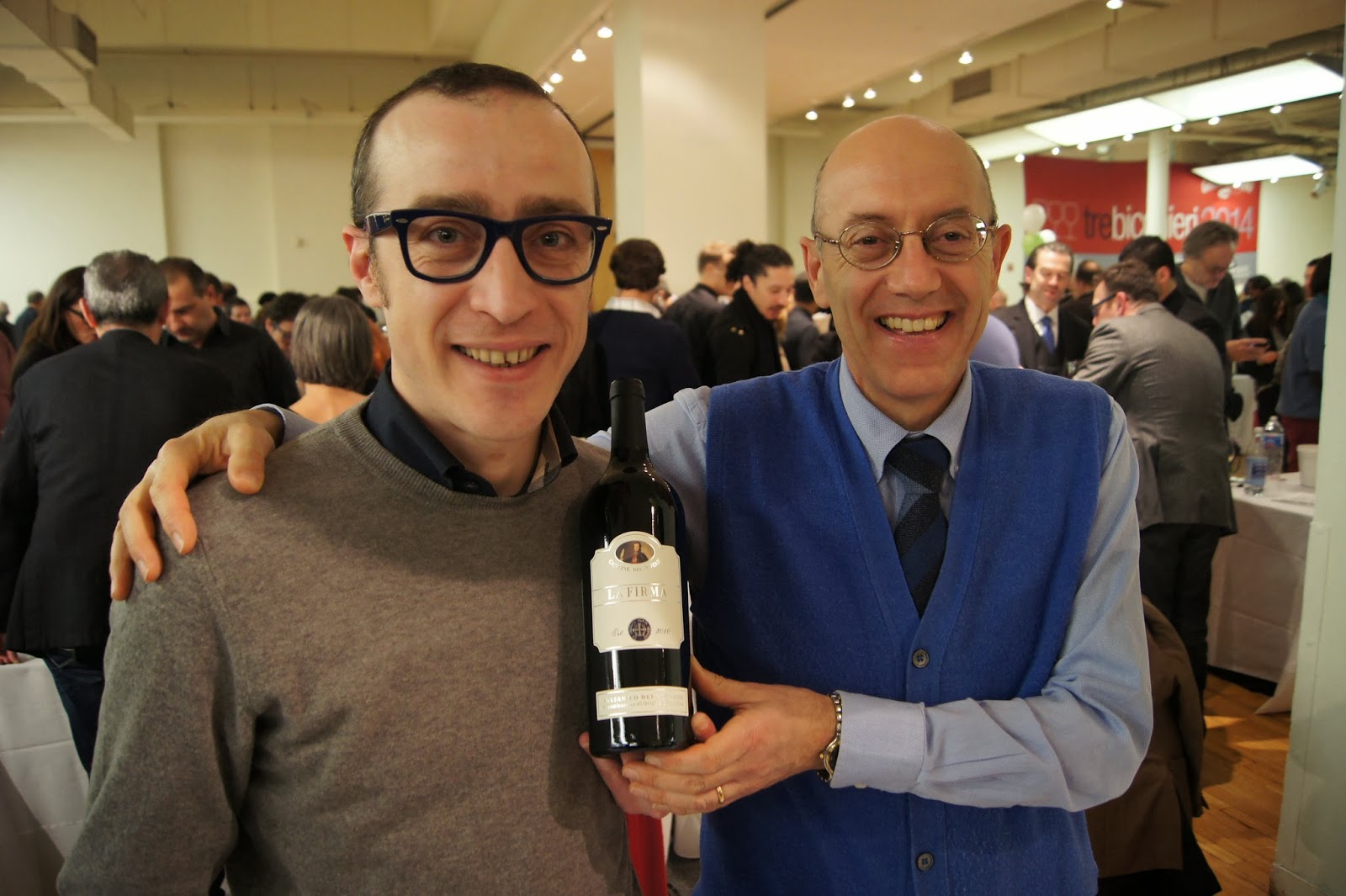 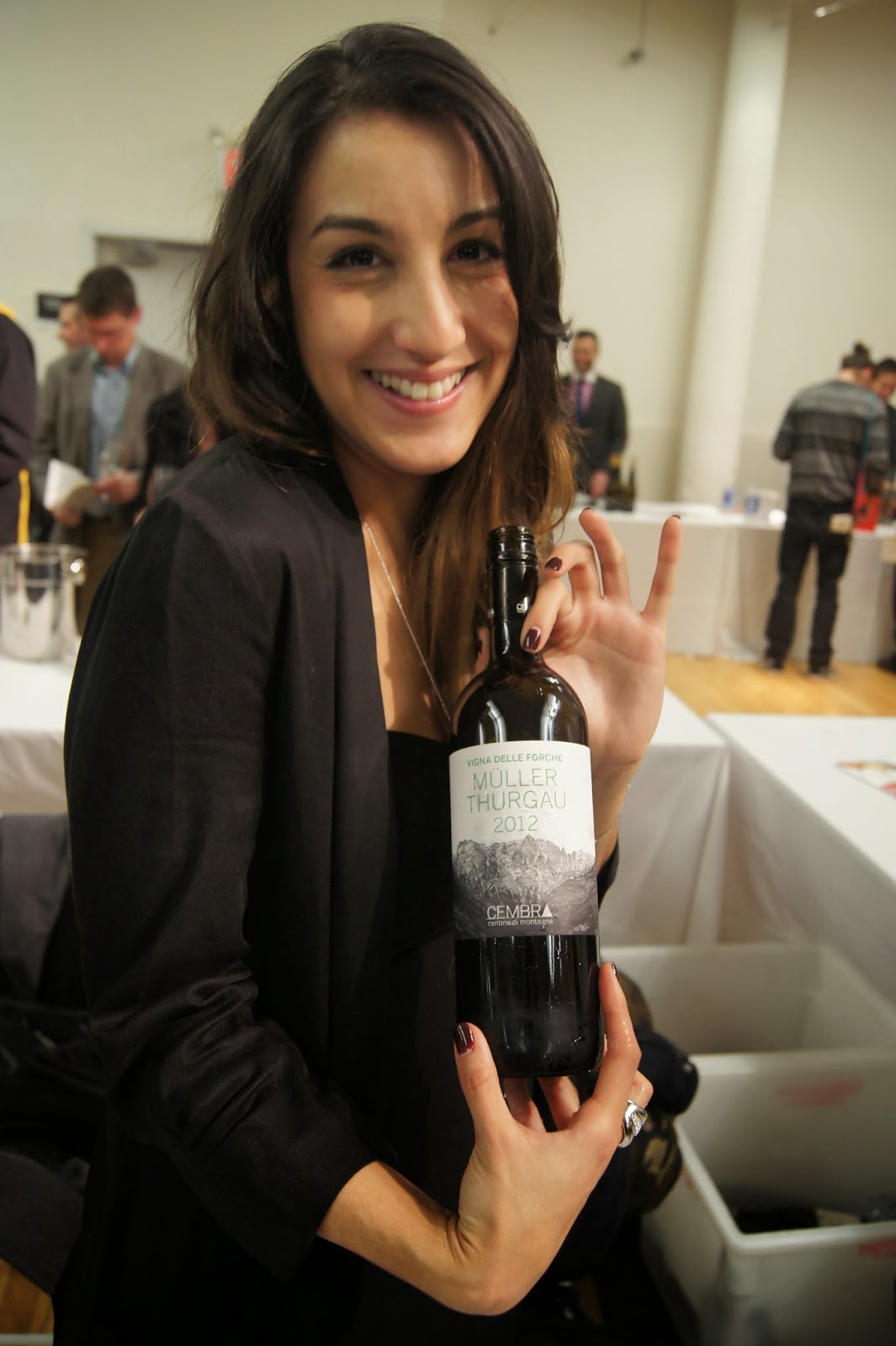 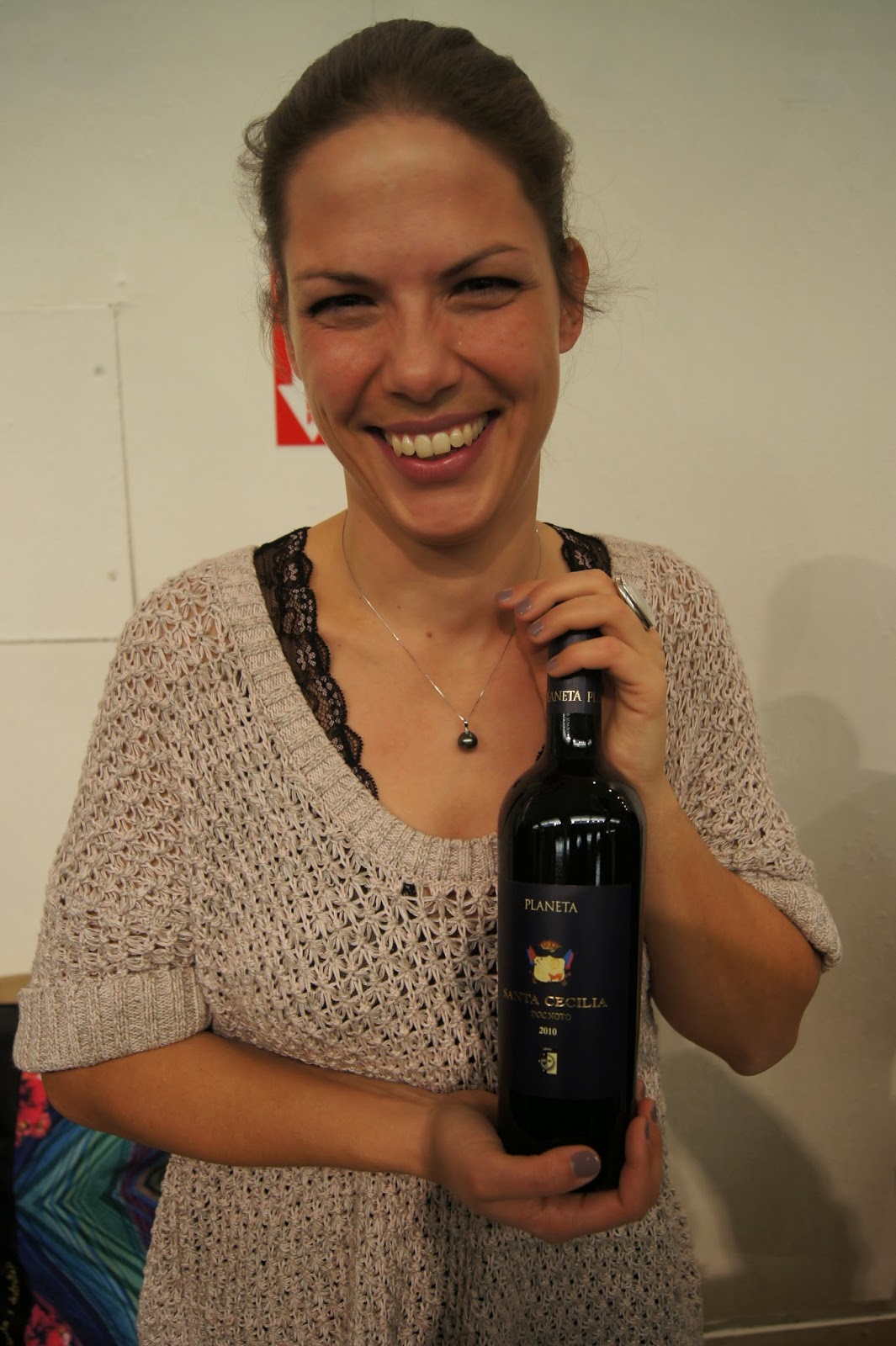 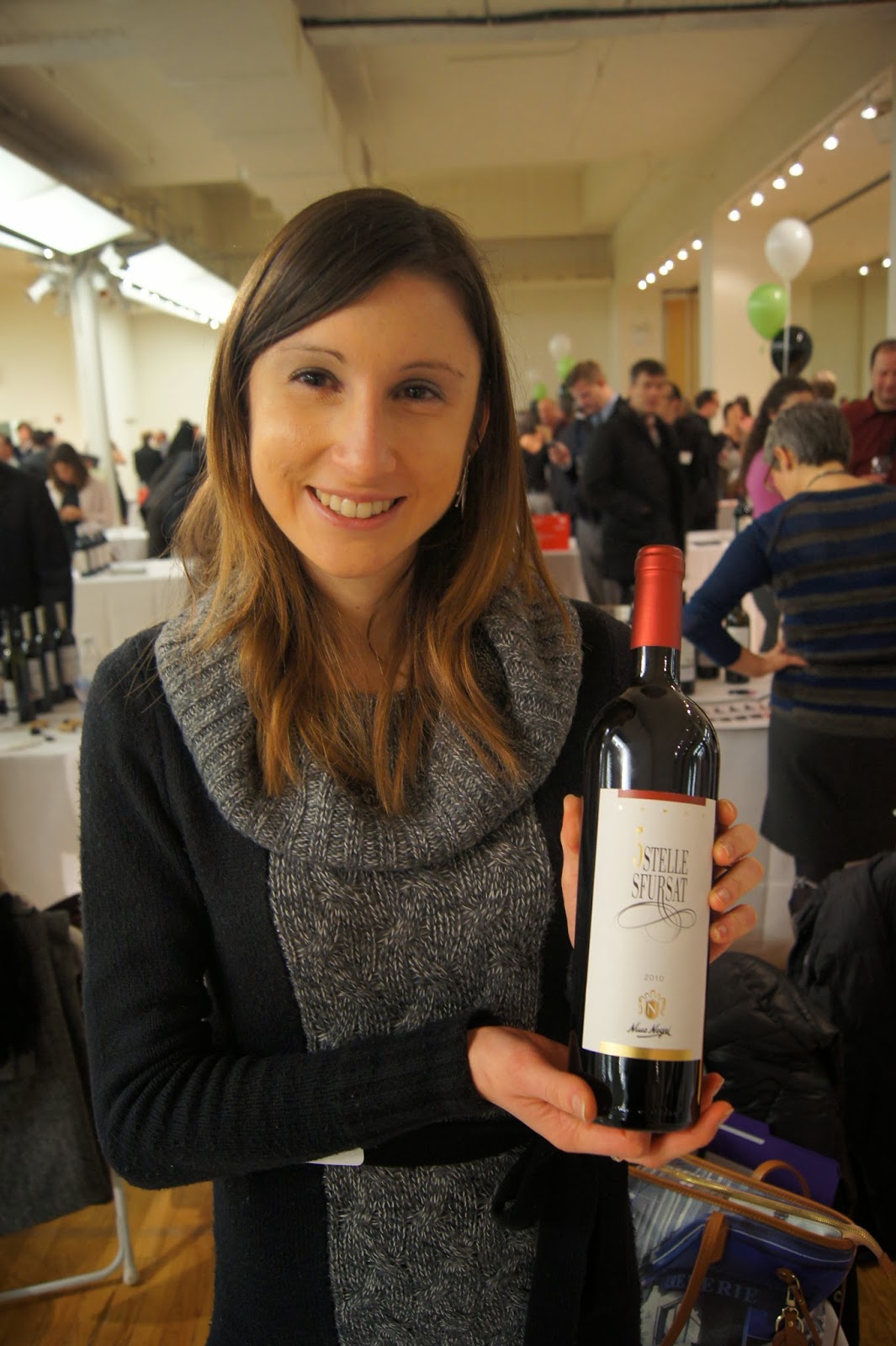 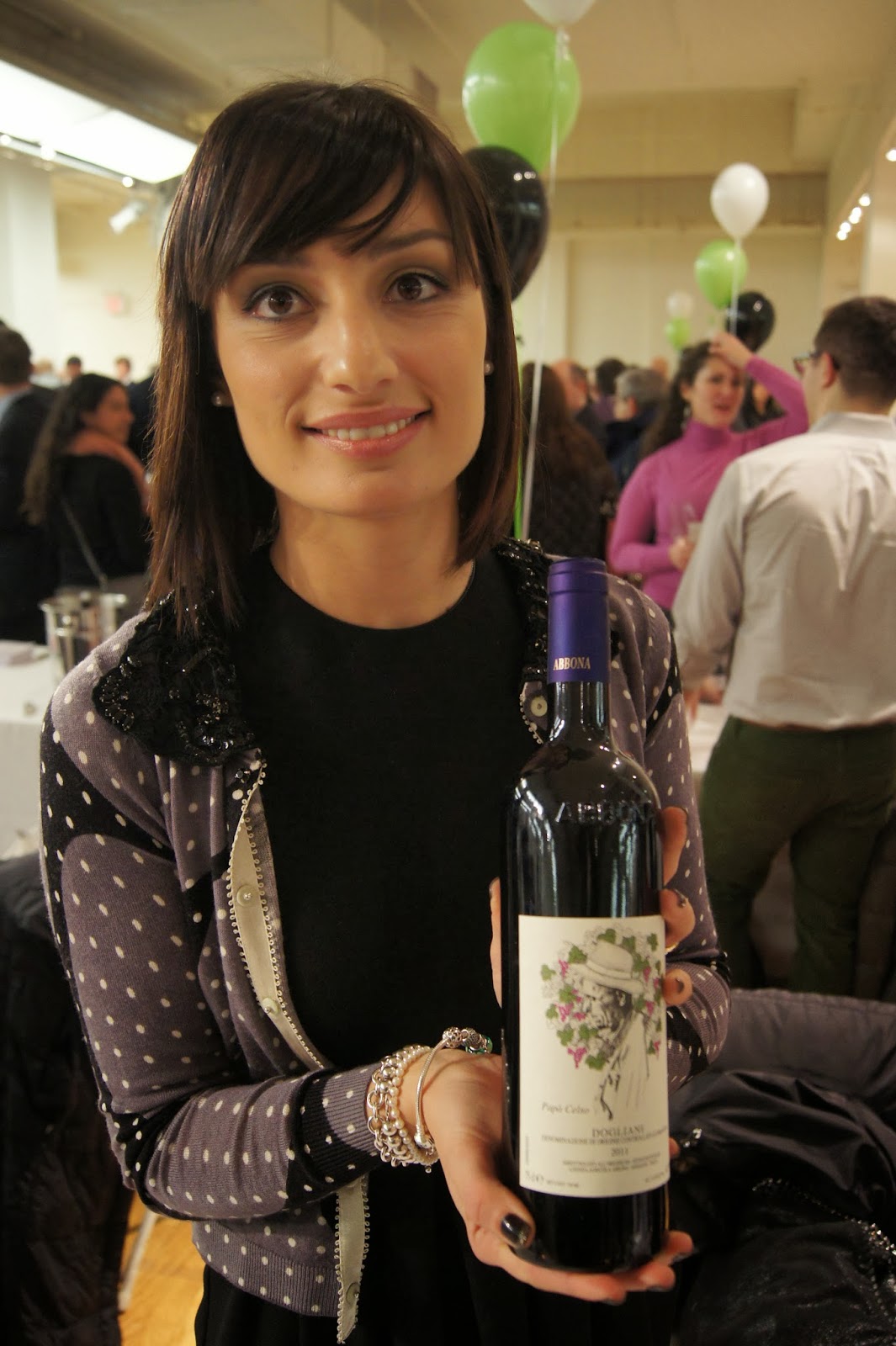 Posted by Dwight the Connoisseur at 6:46 PM