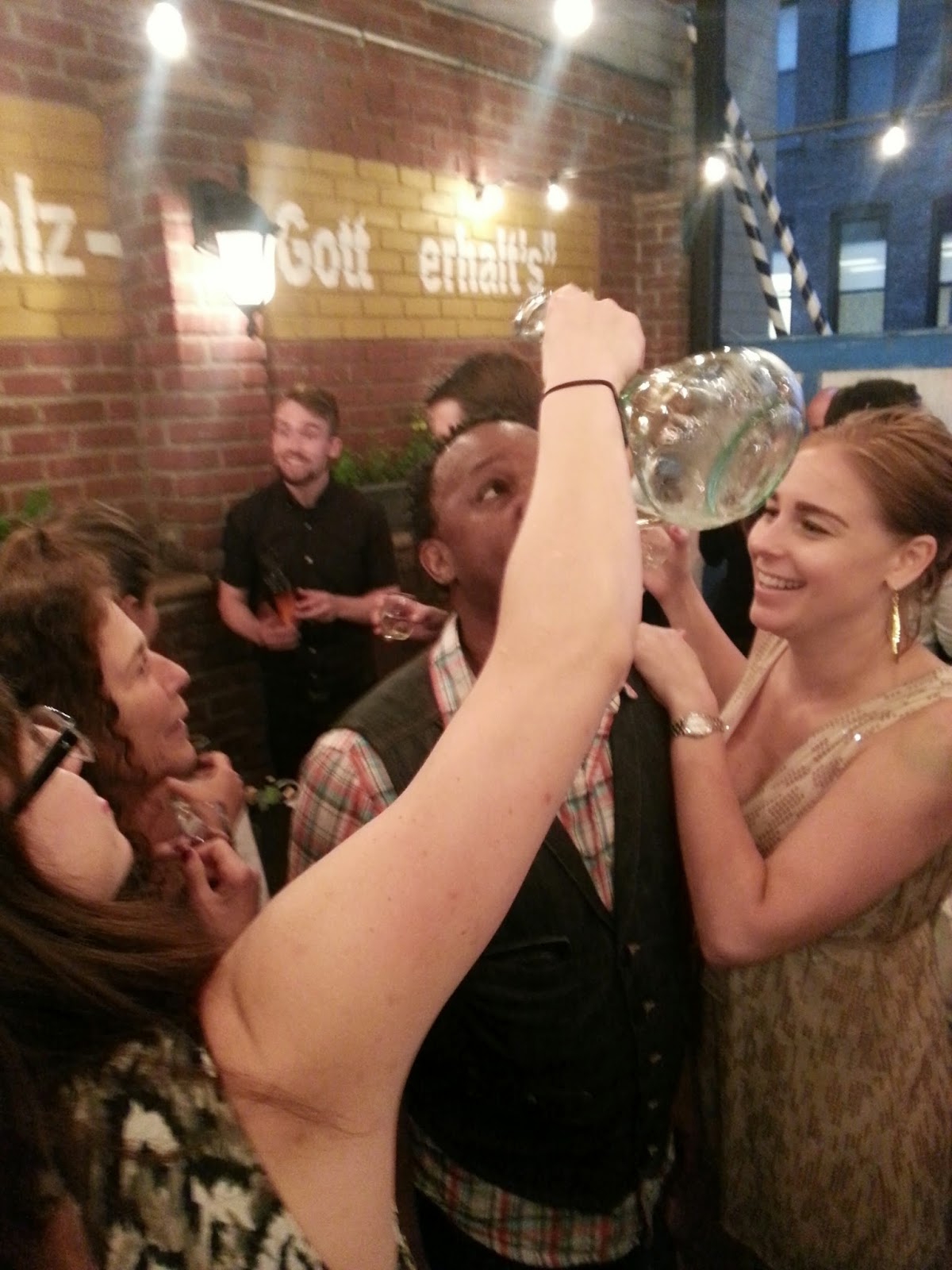 The Grand Finale: Ritual drinking of the high-alcohol "Padron" on Verdejo Day 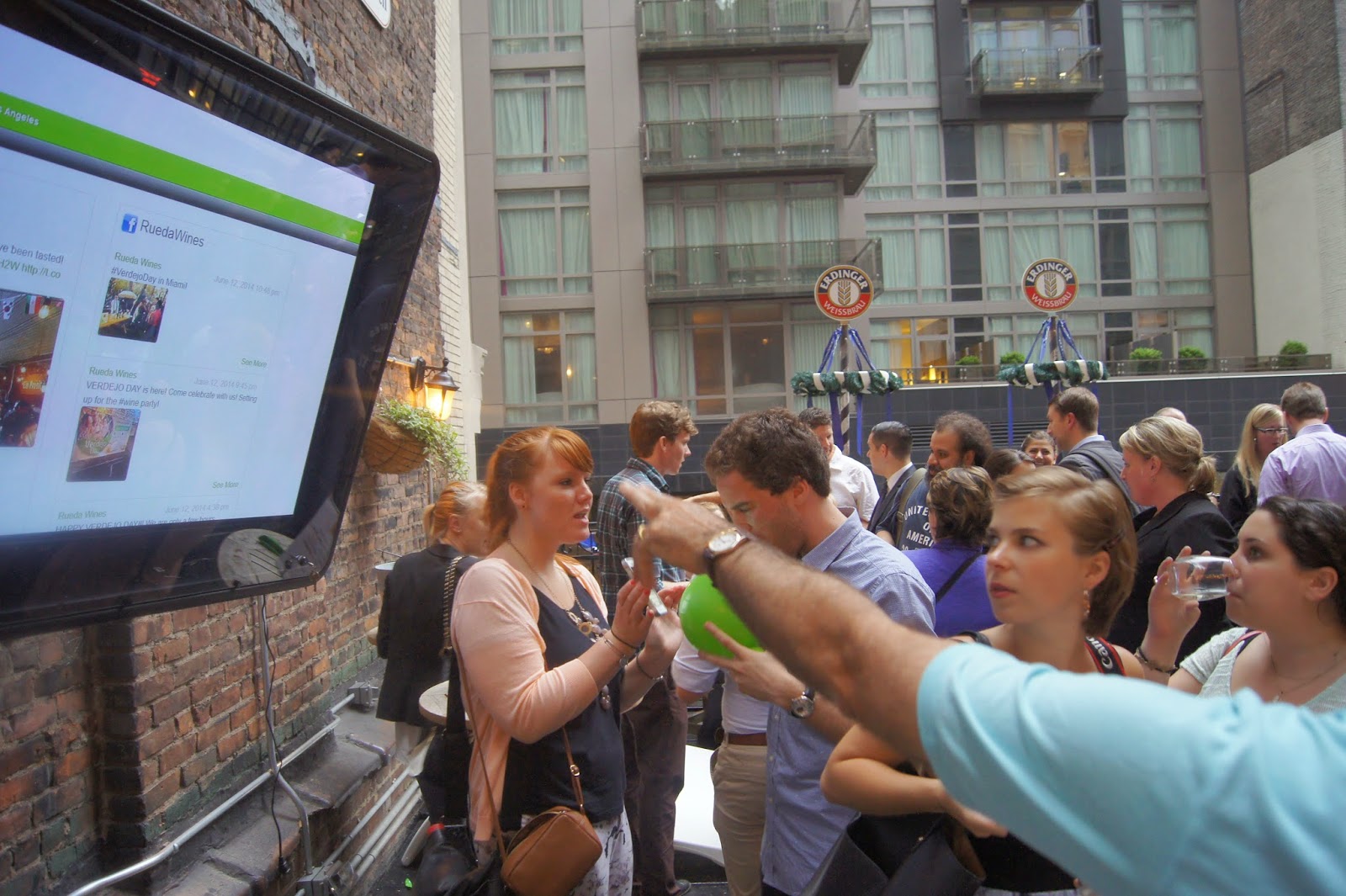 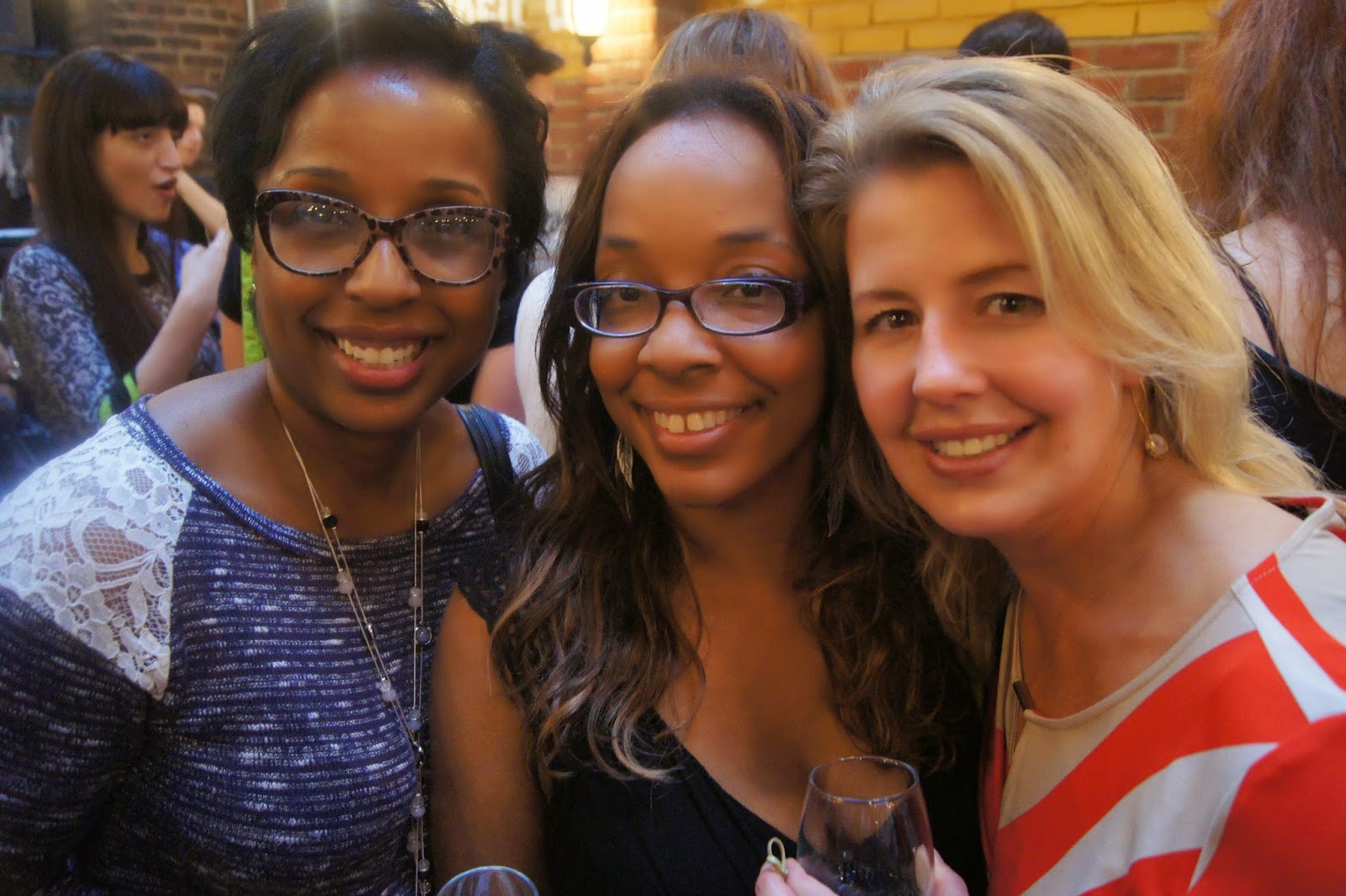 NEW YORK-- Thursday, June 12 was the first ever Verdejo Day in the United States. Spain's delicious white wine from  Rueda wine appellation is made from one of the oldest grapes grown in the Rueda, dating back more than ten centuries. The Verdejo grapes makes light, fruity, flavorful wines that are perfect for a summer party, and that's exactly what was held in cities around the country. There was a rooftop party at Tavern 29 in New York's Flatiron District, at South Beach's Soho Beach House in Miami Beach, Florida, The Orbitt Penthouse in downtown Los Angles and the Blue Star Wine Bistro in Chicago's trendy Noble Square area of Old Town.

This crisp, fruity white wine is dripping with tropical fruit flavors of pineapple, mango, tangerine and tangy/sweet Meyer lemon. The wine goes great with everything from fresh fruit platters, summer salads, seafood and grilled meats and summertime barbques. At the Tavern 29 party, the wines were paired with fresh lobster rolls, pulled pork sliders, chicken skewers in peanut sauce, veggie burger sliders with Manchego cheese and an assortment of spanish cheeses salamis and hams. The best feature of all, besides the magnificent fresh, fruity flavor, is the price. All of the wines are under $20 with most in the $10-$15 price range.  Some of the wines were a blend of grapes, including Verdejo, Sauvignon Blanc and Viura, giving it somewhat grassy flavor, combined with a hint of parsley and grapefruit; a great wine with Thai food or Mexican. A summer picnic, backyard or garden party, or brunch on the patio is the perfect place for the wines of Verdejo. Look for them at a wine shop or restaurant near you. You won't be disappointed. 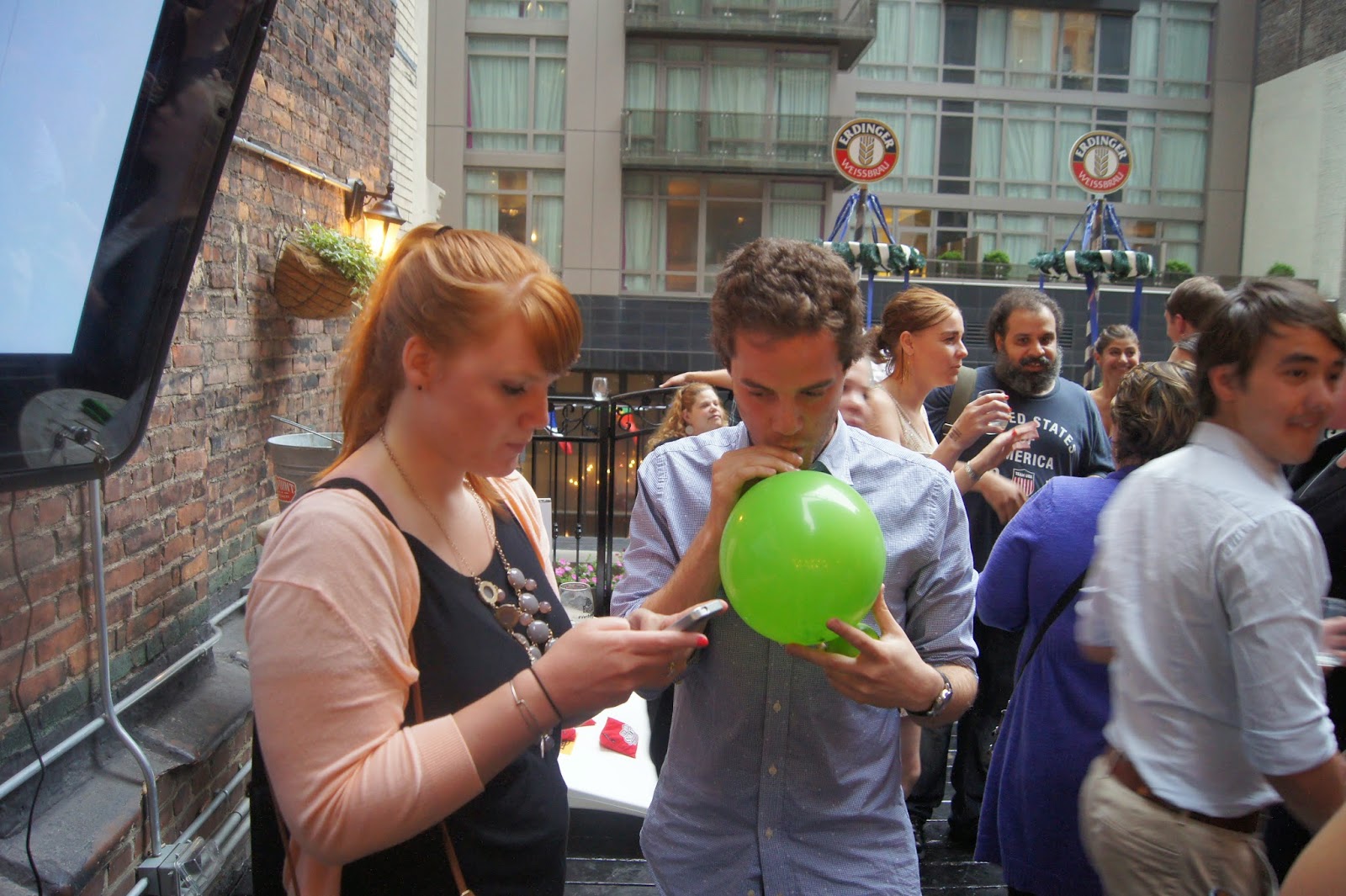 The Verdejo Day rooftop party coincided with the start of 2014 World Cup Soccer, with video screens throughout to watch the match between Brazil and Croatia 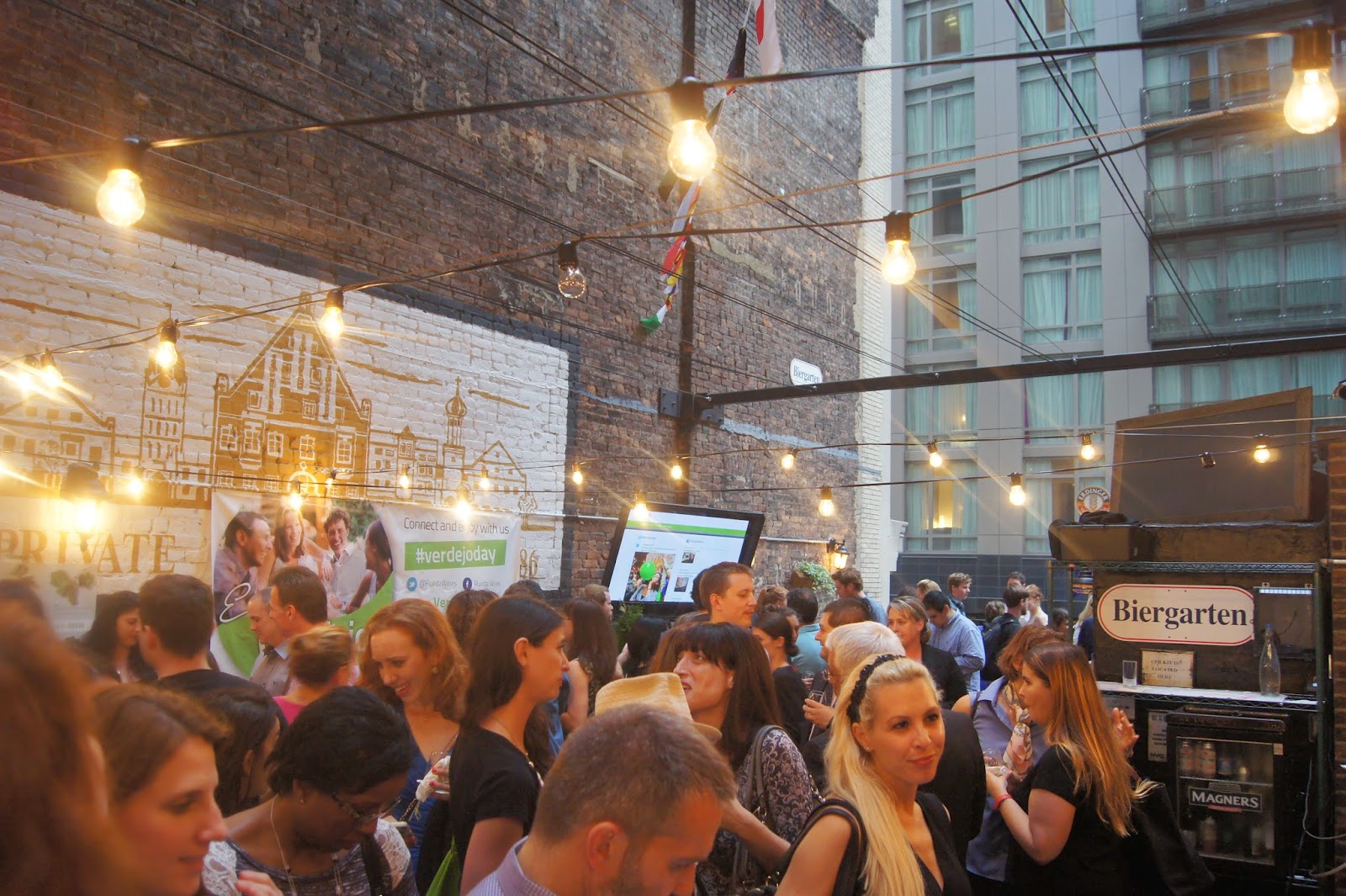 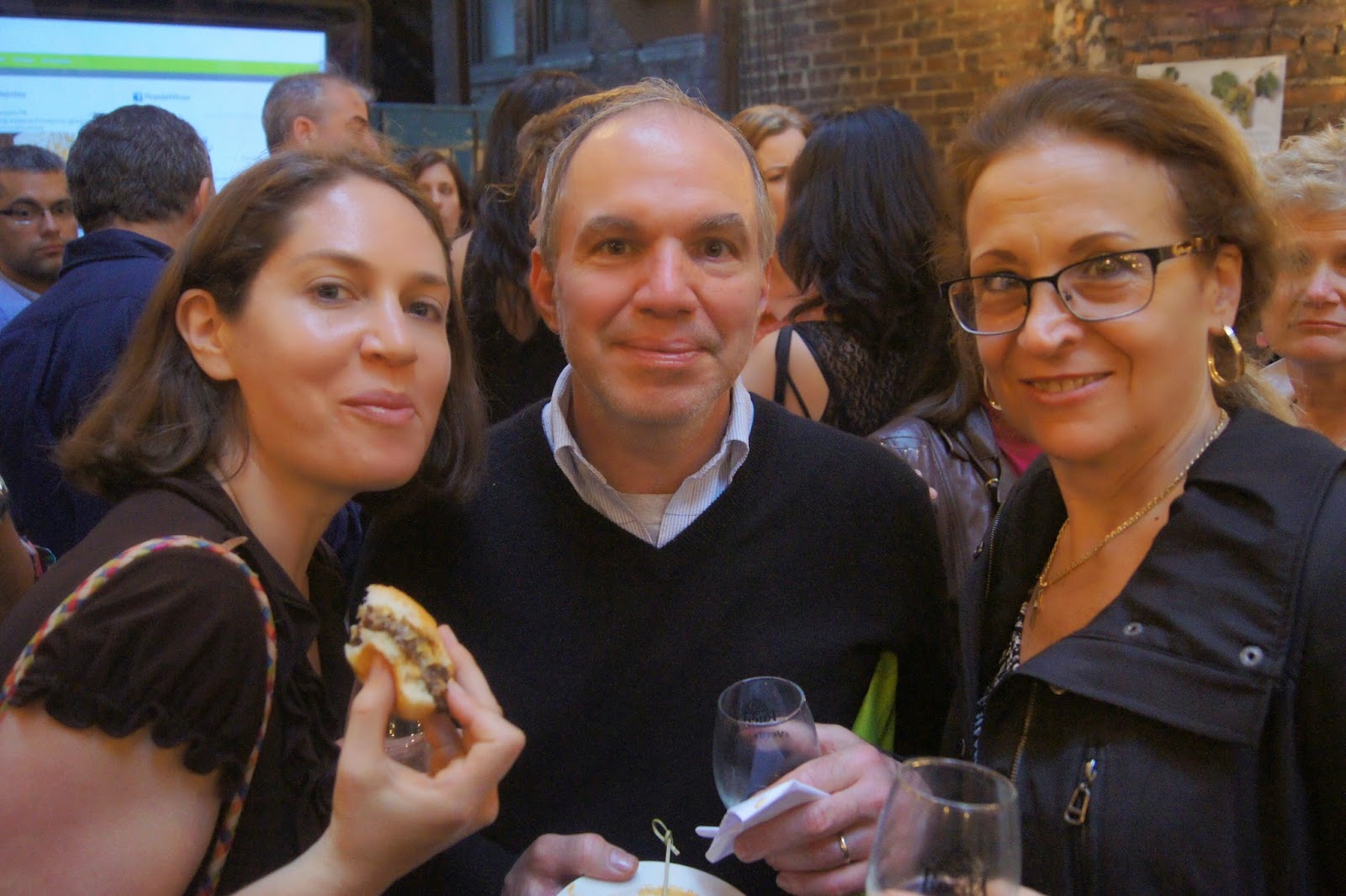 Celebrants came from throughout the New York area 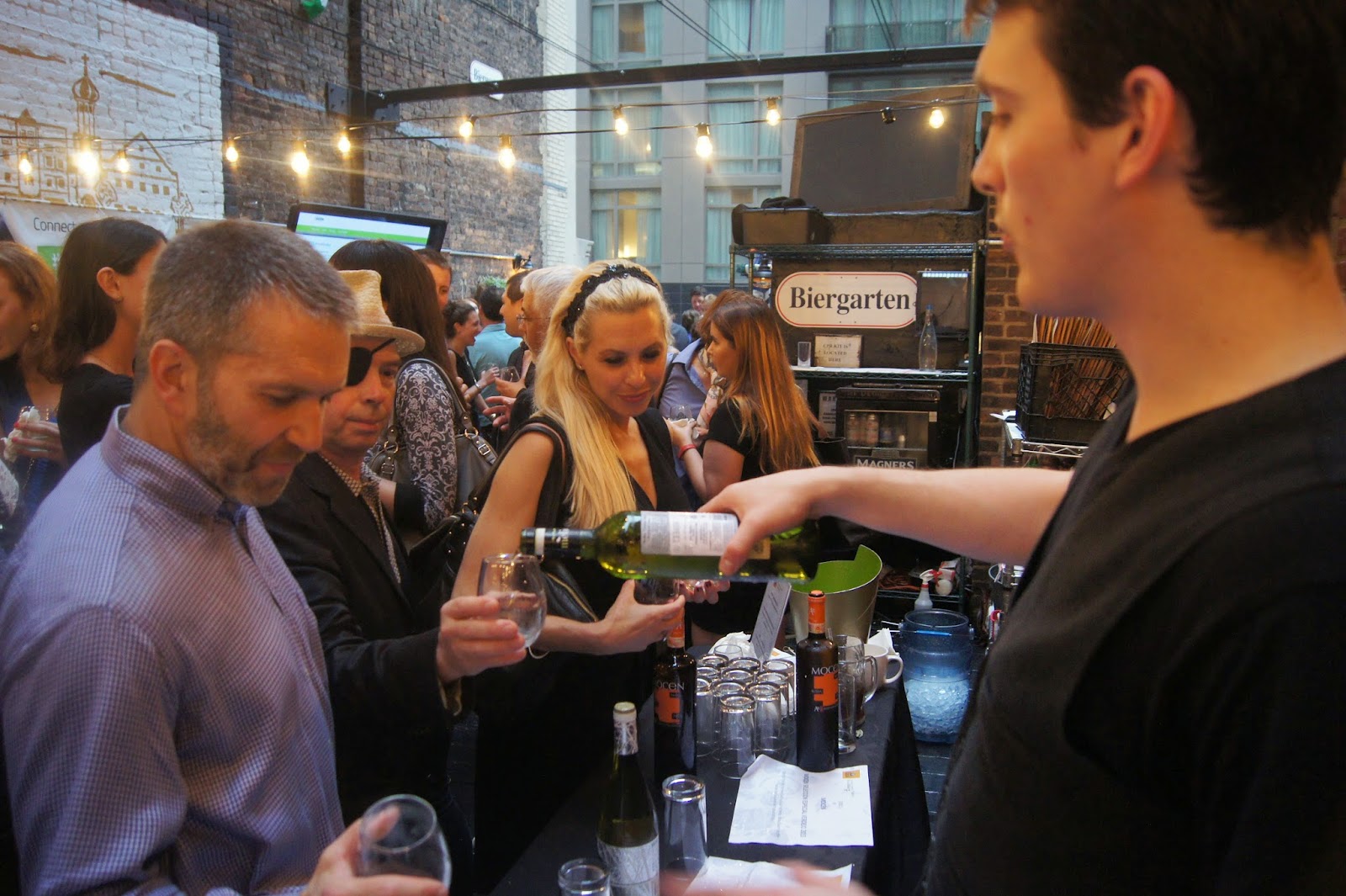 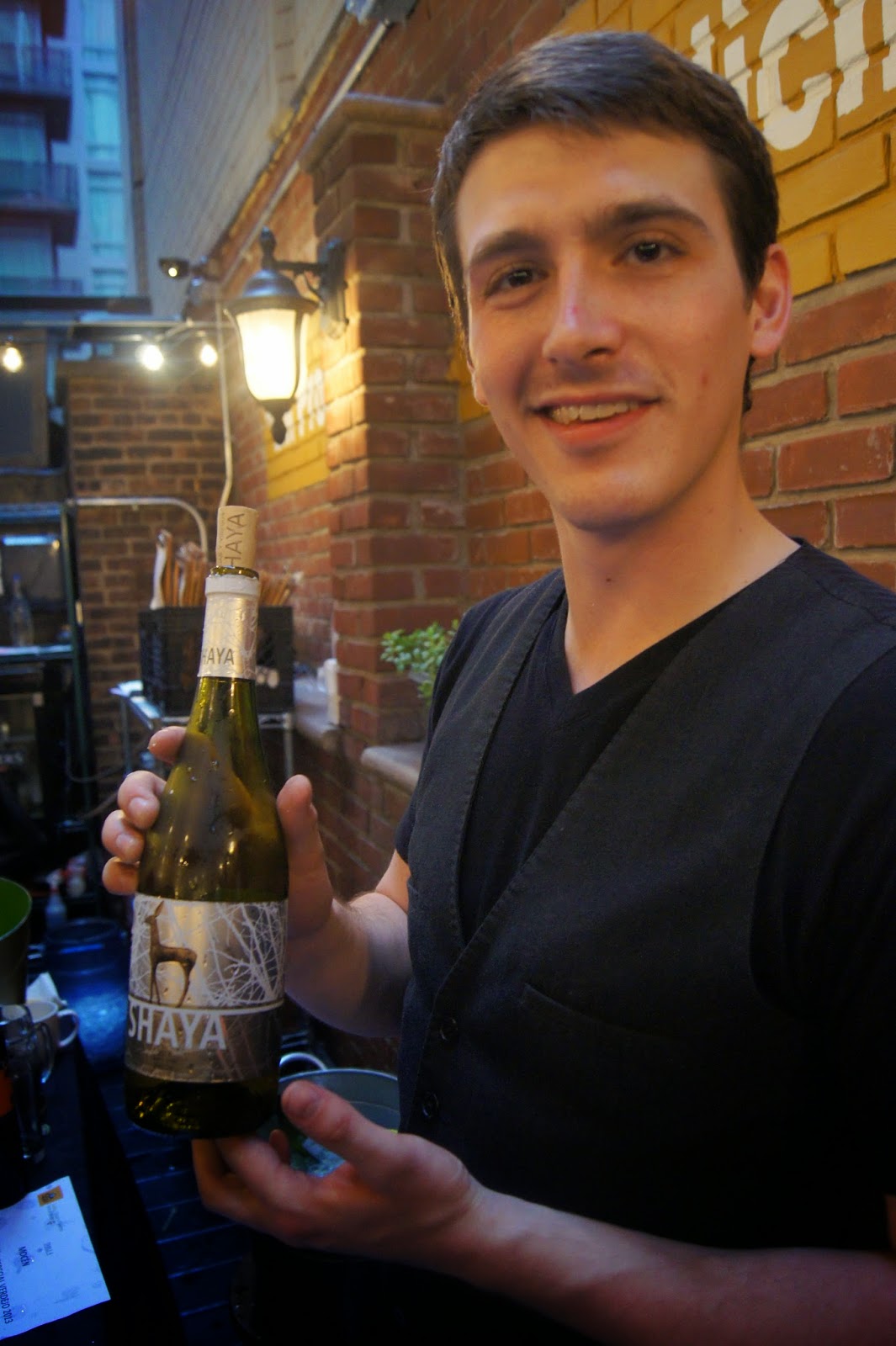 The Verdejo flowed, thanks to the bartenders and waitstaff at Tavern 29 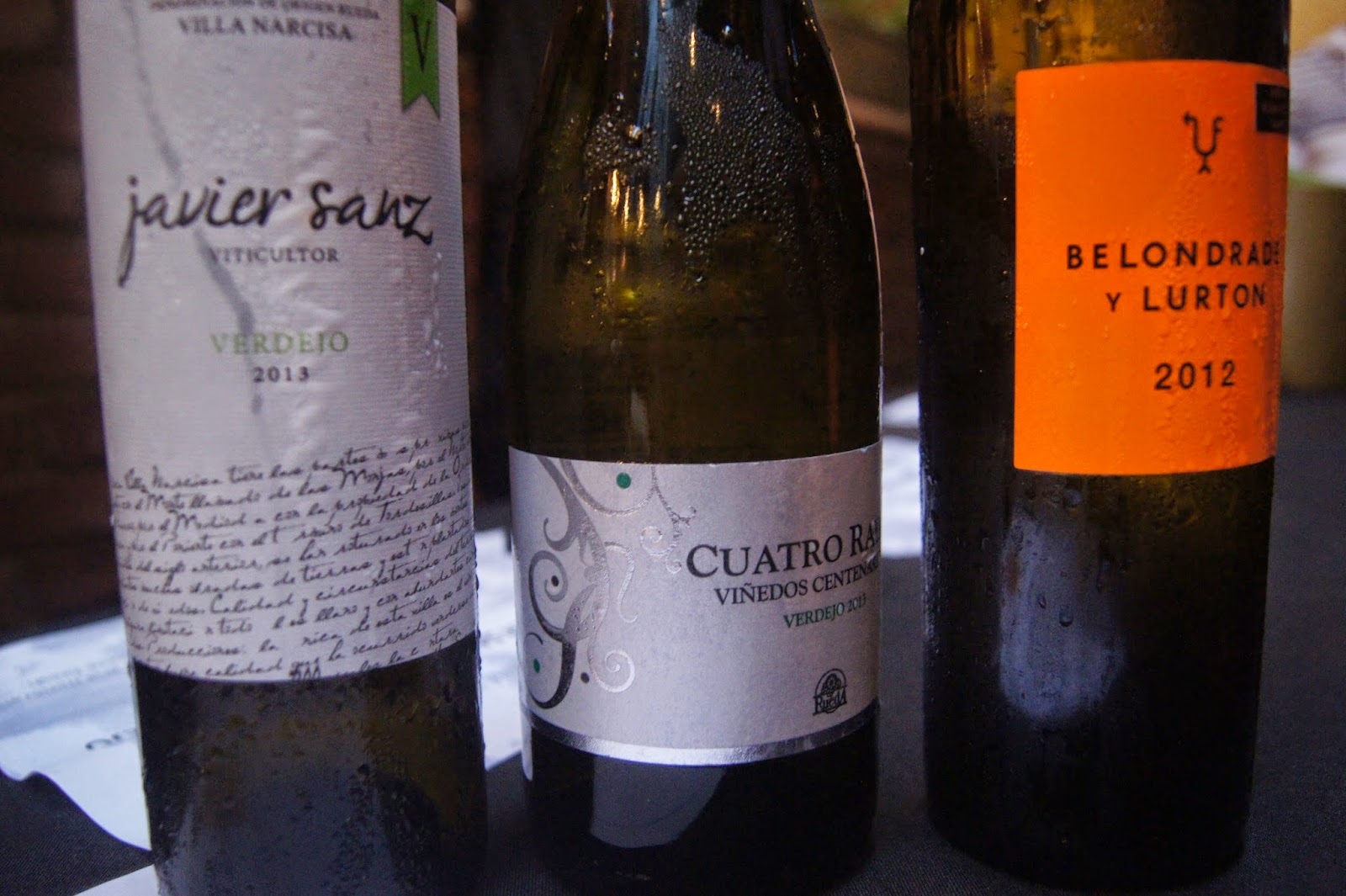 Some of the terrific wines of the Rueda 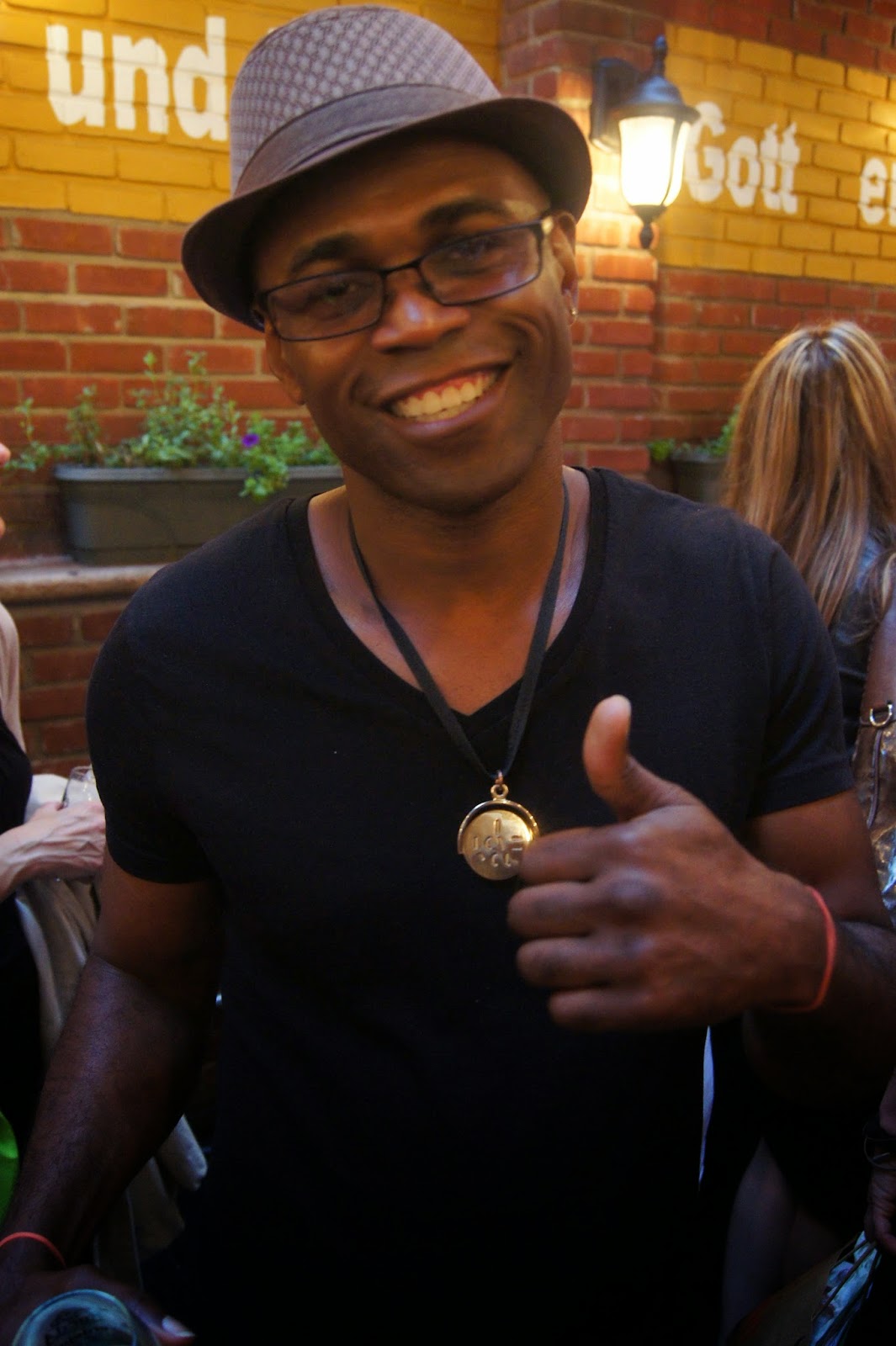 Everyone was a shining star at  Verdejo Day! 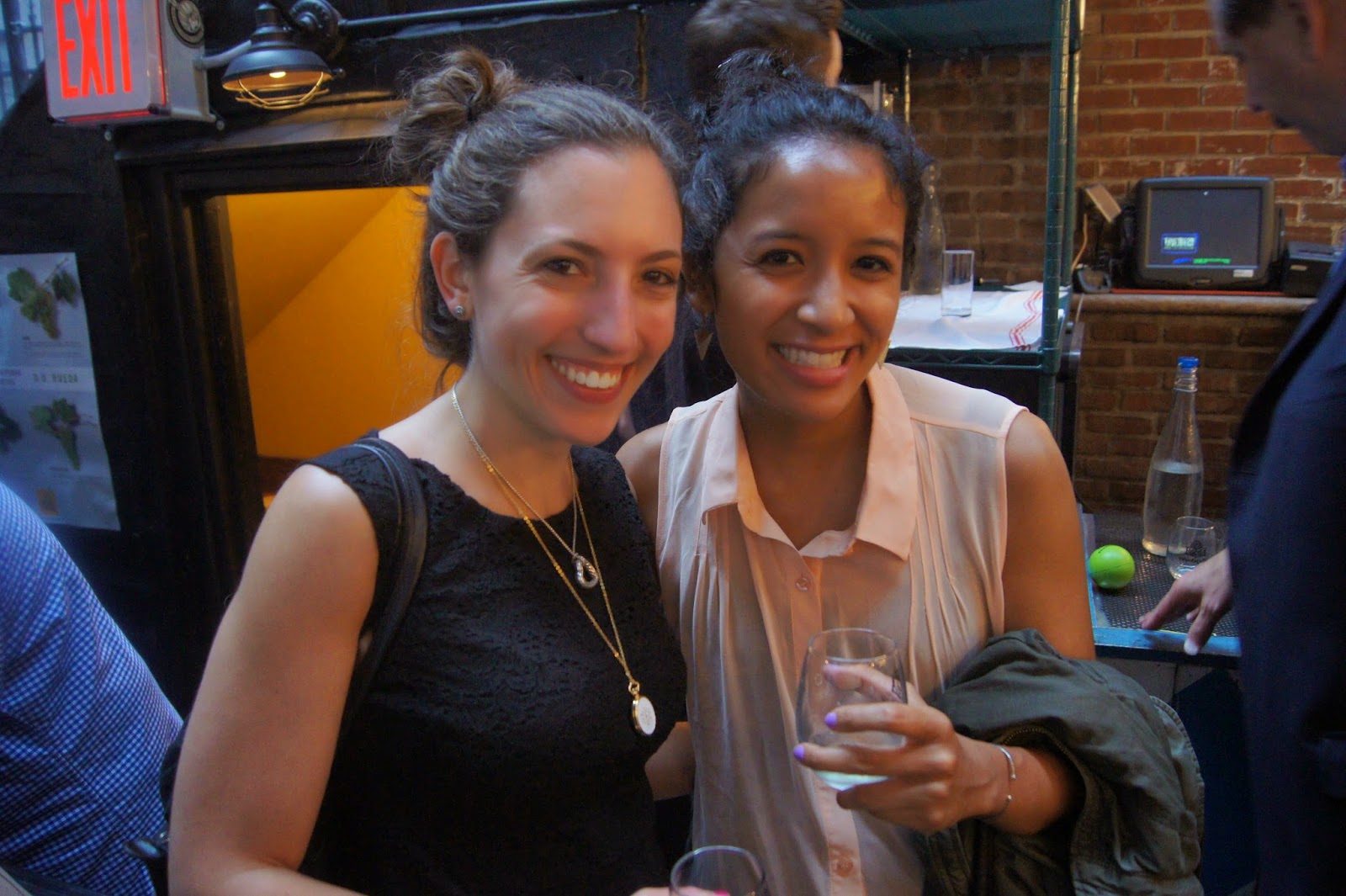 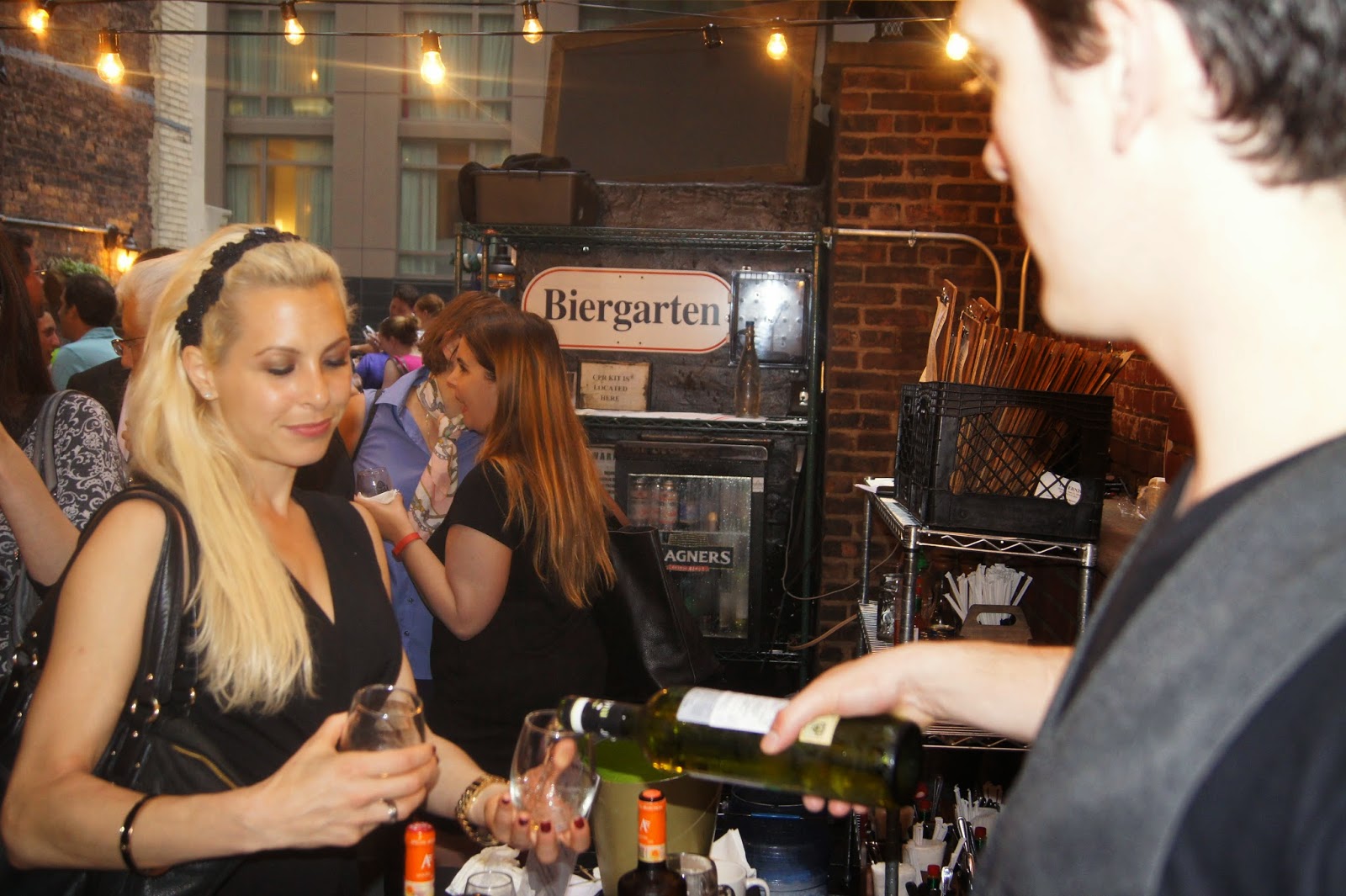 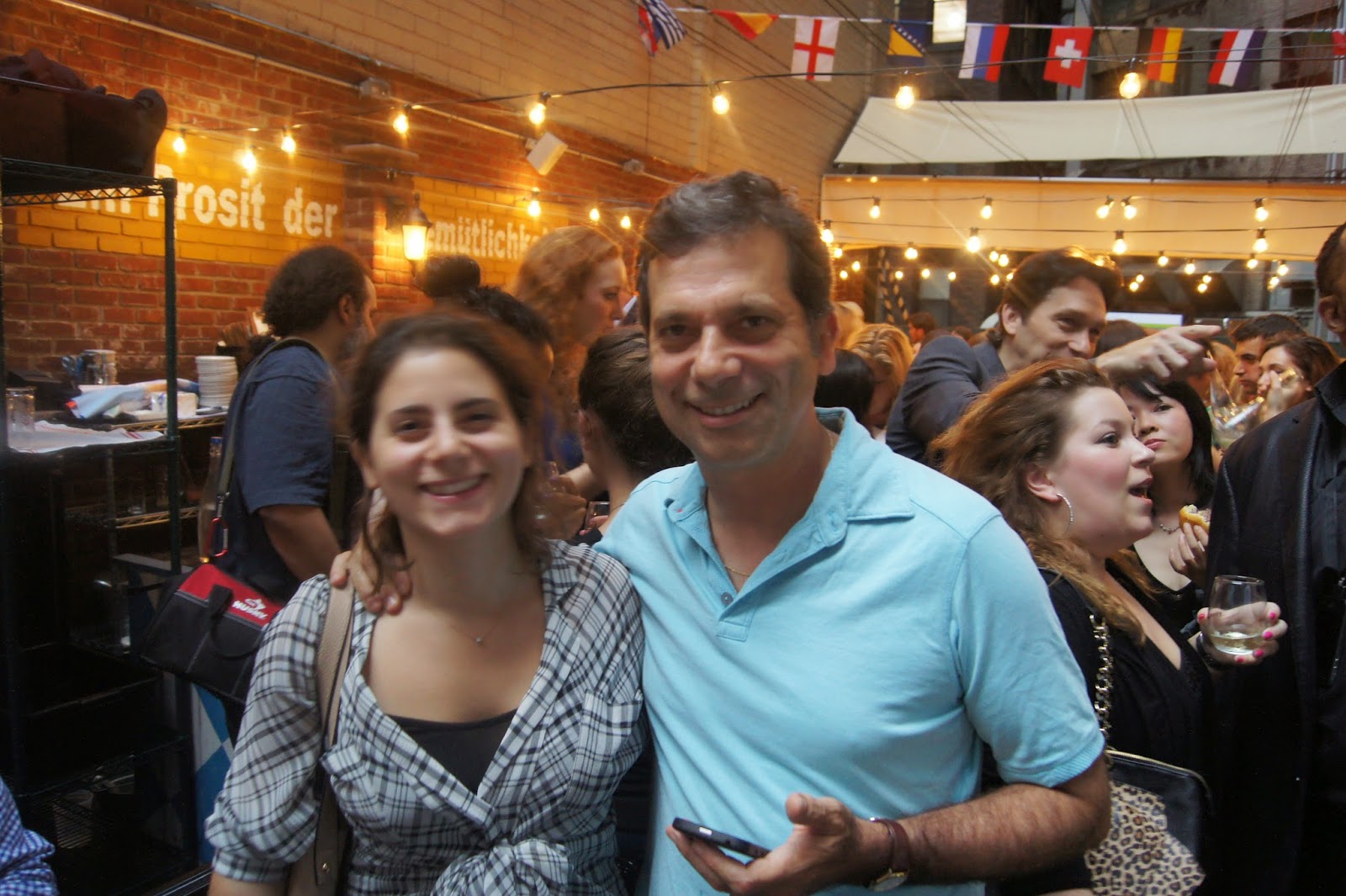 Julianna Colangelo with her father, Gino Colangelo, president of Colangelo Partners pr, coordinators for the event 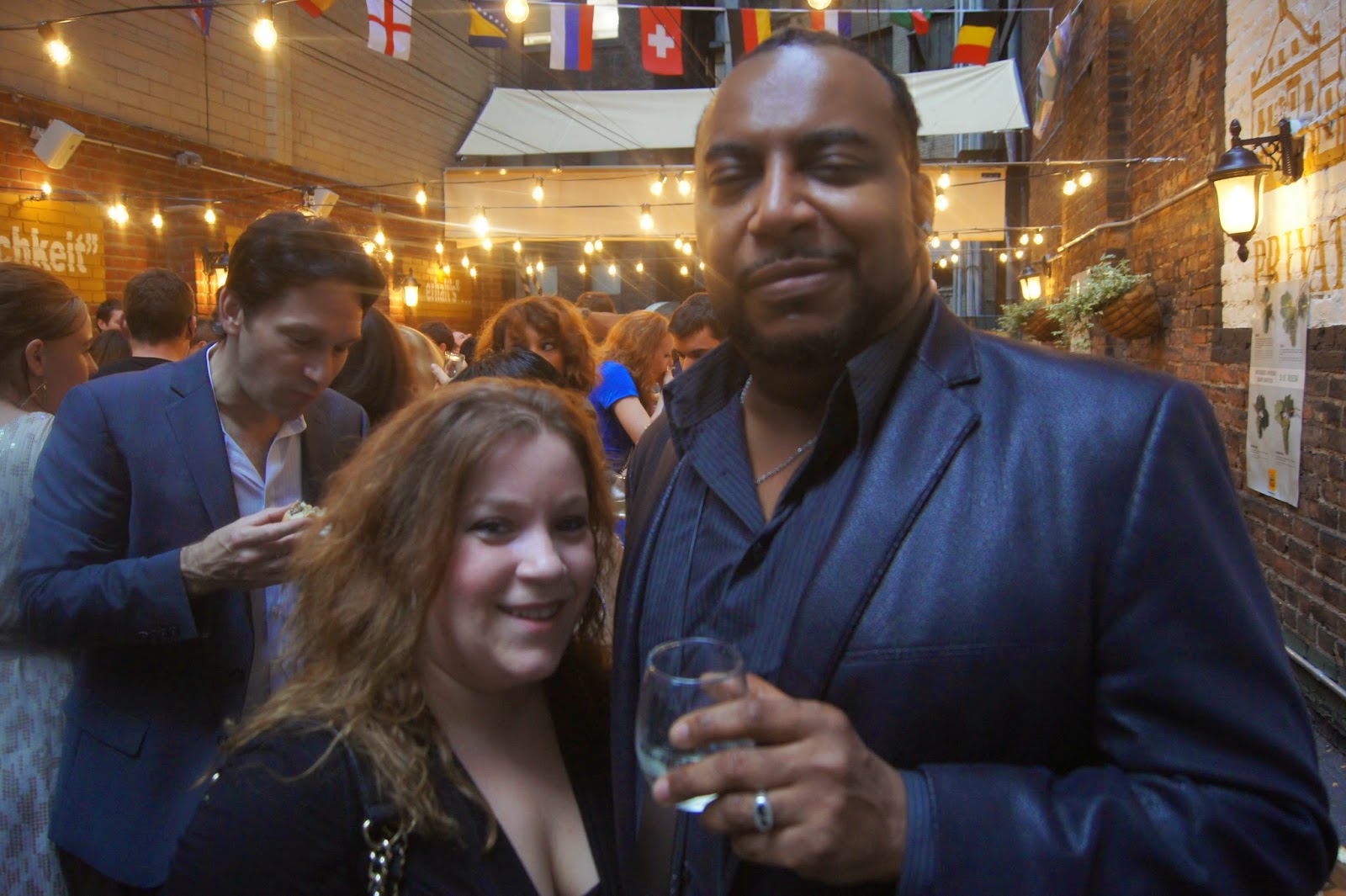 The rooftop of Tavern 29 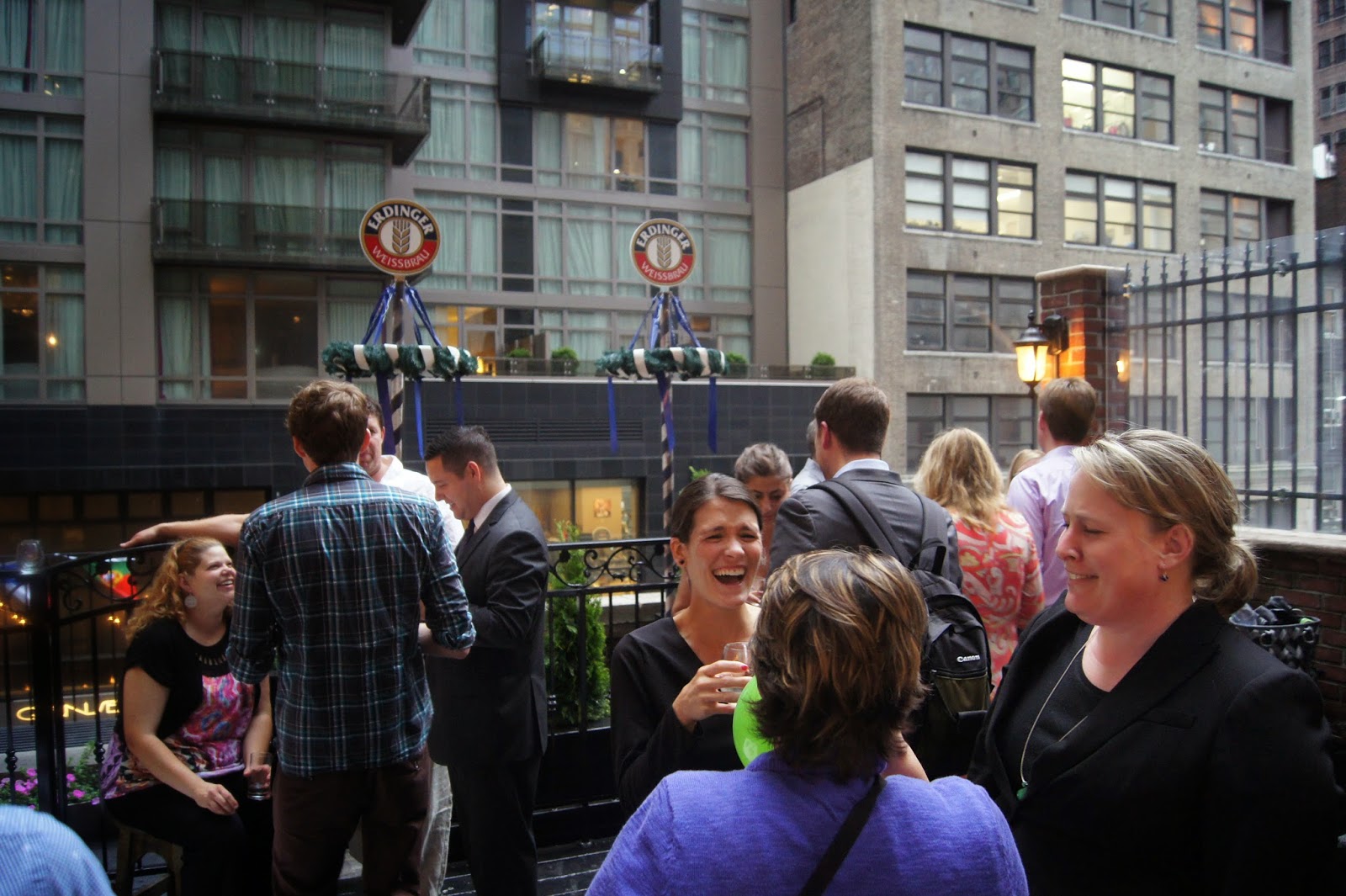 Posted by Dwight the Connoisseur at 1:42 PM