This Kendall-Jackson property is located along the Santa Maria Valley Wine Trail and is ideally situated on 1,400 acres on benchland located between the Sierra Madre Mountains and the Sisquoc River, just 17 miles inland from the Pacific Ocean at an elevation of 400-800 feet above sea level. The long growing season created by the cool climate and well-moderated maritime influences results in wines of great intensity and complexity. Their popularity has largely fueled the rise of Santa Maria Valley wines.

Named after one of owner Barbara Banke's and her now-deceased husband, Jess Jackson's two daughters,  Julia's Vineyard is one of three which supply 90% of the grapes to the winery. The attractive mix of clonal diversity has created a Pinot Noir that has become the standardpbearer for Central Coast Pinot Noir.

The blend of eight different clones is anchored by one of the oldest commercial plantings of Pinot Noir in Santa Barbara County, dating back to 1974. Until recently, the wine was only sold primarily in the tasting room at the winery and to wine club members. Fortunately, this year's release has found its way to the general market place and is available at a wine shop near you. Whole Foods, in particular, has a ready availability at its stores nationwide. It's already garnering praise as "the best Pinot Noir at this price ($25) on the market."

Winemaker Denis Shurtleff, a graduate of Cal Poly San Luis Obsiopo, formerly of Corbett Canyon winery, has been creating this wine since her appointment in 2002. This is a shining example of her work.

The wine is deep purple in color and very complex. It has flavors of ripe, red fruit and dark berry aromas and flavors that cascade on the tongue. Seven months aging in 100% French Oak barrels gives it a rich complexity and well-balanced tanins that give the wine a long finish. Alcohol content of nearly 14% gives the wine a firm spine and terrific cellar aging potential (2015-2017)

. But whose kidding whom, with this much flavor, it won't make it any further than the Christmas dinner table where its a perfect accompaniment to sage and rosemary scented turkey, honey and clove-covered ham, tradtional sage dressing and the companion cranberry sauce and yams covered with cinnamon and nutmeg baking spices. It also pairs nicely with rack of lamb, encrusted with garlic and rosemary or a Prime Age Steak smothered in black, pink and white peppercorns in a sauce made with Shitake or Morel mushrooms. Save a little for dessert, because this rich Pinot Noir is great with chocolate!

Below: Two stunning views of the Santa Maria Valley 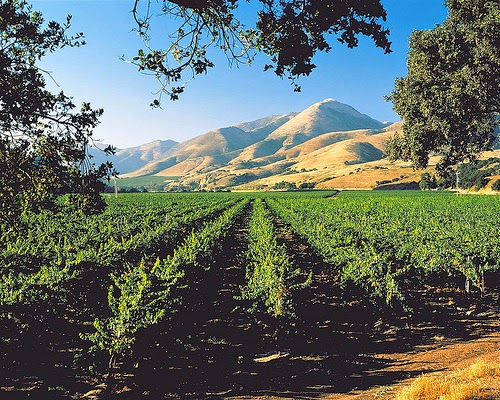 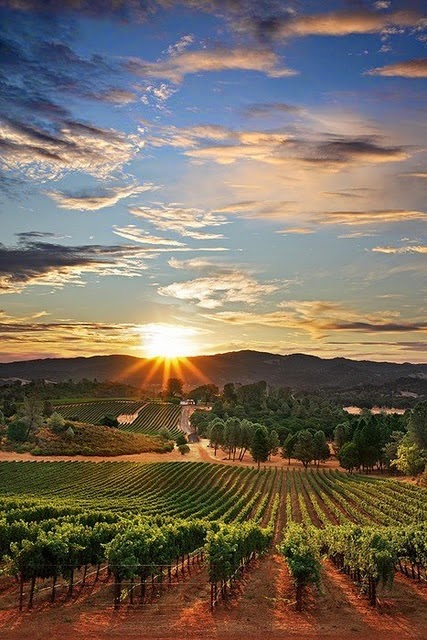 Posted by Dwight the Connoisseur at 3:26 PM