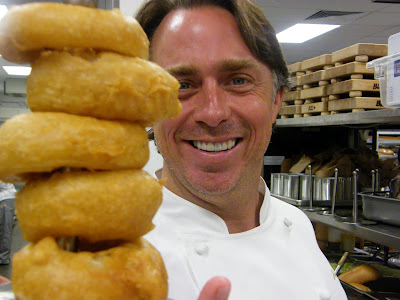 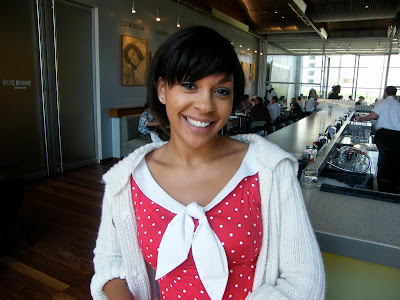 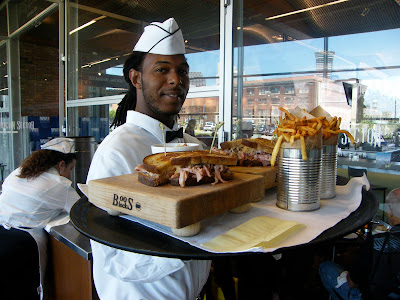 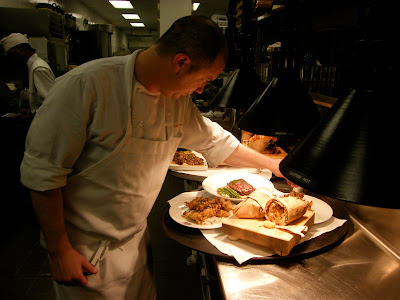 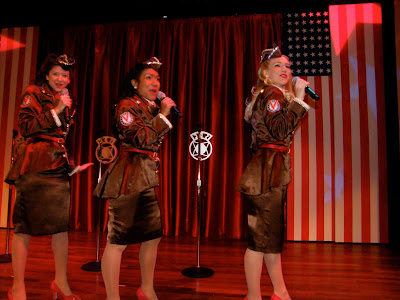 The 2010 New Orleans Wine and Food Experience is underway in the French Quarter of this historic and legendary city. One of the first stops made by Dwight The Wine Doctor, was a visit to Chef John Besh’s American Sector restaurant, just a mile south of the Hotel Monteleone, a French Quarter landmark and headquarters hotel to the Wine and Food Experience. Chef Besh was ebullient in greeting Dwight The Wine Doctor in the gleaming kitchens of his newly minted creation. In spite of the joy of opening a successful new venue in the depths of the nation’s worse financial depression, he was more concerned about the plight of Gulf Coast fishermen who have been impacted by the BP oil spill debacle. Chef Besh was born and raised in Louisiana and comes from a family steeped in the traditions of the Gulf fishing community. He speaks with a conviction that is part of his birthright.

"This is our National Treasure and it’s vital that we move into action NOW to save not only our wildlife, but a very important part of our national heritage." New Orleans chef John Besh was sounding off about the travesty in the Gulf Coast while standing in the pristine stainless steel kitchen of his sparkling new American Sector restaurant, the flagship of the National World War II Museum, located in the Warehouse District, the direct beneficiary of the construction boom, post-Katrina. "In the early 1900's, this was known as the American Sector.

It's hard to imagine, but, at that time, there really wasn't that much of an American presence in New Orleans. So, in honor of that, we decided to name the restaurant the American Sector. Besh, a Marine veteran, has a special affinity for the National World War II Museum that the restaurant anchors.

Standing in the midst of the midday crush like a general coordinating the efforts of his Sous Chef and line cooks, Chef Besh pointed proudly to his many culinary creations that reflected his own twist on American Classics. "Smell the freshness of our tomato soup, made with Heirloom tomatoes grown on our very own farm about an hour west of downtown New Orleans. We also raise our own Heritage pigs. We make all of our pulled pork sandwiches and sausages from our own, farm-raised pigs." The mile-high Onion Rings were a personal favorite, along with the pulled pork sandwich, washed down with a generous glass of McManus Cabernet7, Paso Robles ($15) and a smoked lamb rib that was so redolent of aged wood smoke that one patron yelled "does anyone else smell something burning?!," which brought a knowing laugh from the assembled diners.

An Andrews Sisters-USO styled show followed in the adjacent Stage Door Canteen, sending diners trucking out into the afternoon swelter to the beat of Chattanooga Choo Choo. It was the opening day of the 2010 New Orleans Wine and Food Experience and a fitting experience to kick off the nation’s biggest culinary block party.

Posted by Dwight the Connoisseur at 2:03 PM