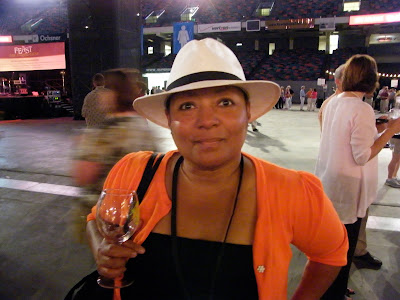 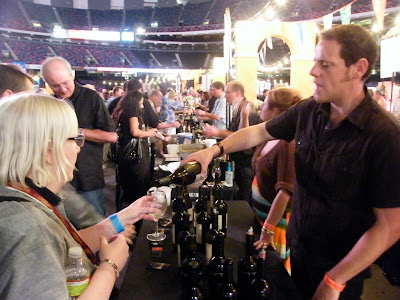 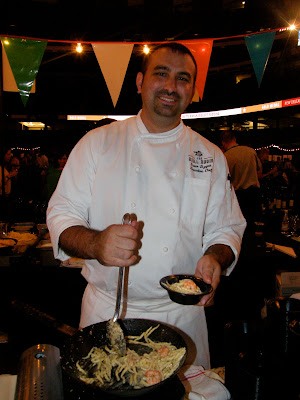 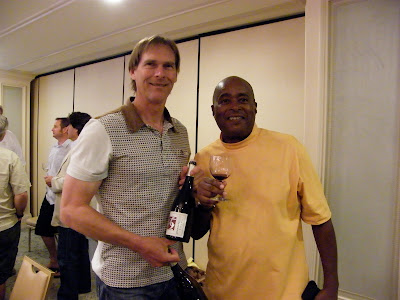 It was the Super Bowl of wine tastings at the Louisiana Superdome, home to the New Orleans Saints and the site of more NFL Super Bowl games than any other city, as the Grand Tasting of the 2010 New Orleans Wine & Food Experience got underway in true Mardi Gras fashion. A Mardi Gras-style parade, jazz musicians and celebrity chefs and winemakers created the atmosphere for hundreds of foodies and gourmands as they roamed amidst food stations and sampled gourmet bites prepared on site by chefs from 75 of New Orleans’ most famous restaurants and tasted offerings from among a thousand wine varieties.

Earlier in the day, participants in the 2010 NOWFE attended seminars at the Hotel Monteleone that covered the gamut of the gourmet experience. Subjects and hands-on tasting demonstrations, led by expert producers, restaurateurs, winemakers and sommeliers included “Thinking Outside the Bento Box” featuring Champagne and sushi pairings from Rock-n-Sake restaurant in New Orleans’ Warehouse District and “Romancing The Rhone” which featured Rhone style wines from California’s Central Coast paired with tastes from Le Floret, another rising-star restaurant in New Orleans’ burgeoning SoHo New York-style Warehouse District.

In keeping with the “Super Bowl” theme, one of the winemakers was former NFL football star for the New Orleans Saints Terry Hoage, now of Paso Robles, California, who presented his Terry Hoage Vineyards 5 Blocks Cuvee wine($50) and his 2007 Terry Hoage Vineyards Skins Grenache($48). Hoage has been a winemaker for the past 20 years and has garnered considerable praise and awards for his deeply concentrated, rich, dark berry fruit wines. Terry and his wife Jennifer’s winemaking approach is to create wines that are minimally processed. Their fastidious adherence to sustainable farming practices and low yield production results in wines that are exceptional.

Over at the Superdome, the Grand Tasting party rolled out into the full moon night with the sounds of Paul Sanchez and the Rolling Road Show and another Mardi Gras parade, complete with floats and the customary throwing of the Mardi Gras beads and coins to the revelers. The Grand Tasting of the 2010 New Orleans Wine & Food Experience was a chance to experience a taste of New Orleans’ most decadent culinary delights along with fine wines from around the world—all against the backdrop of one of the most famous sports arenas in the country and one of the most beautiful and unique cities in the world. They just don’t throw a better party anywhere else!

Posted by Dwight the Connoisseur at 6:51 AM