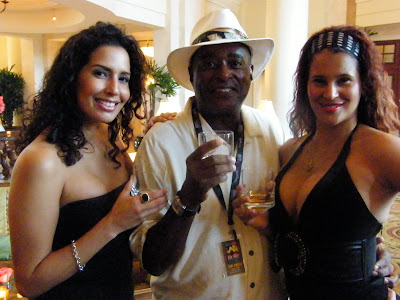 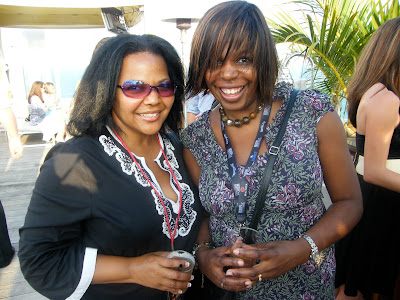 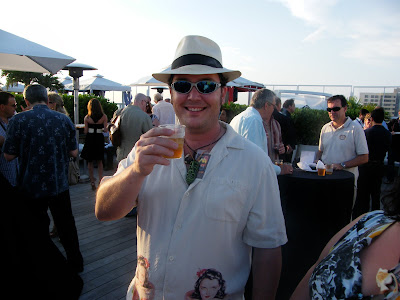 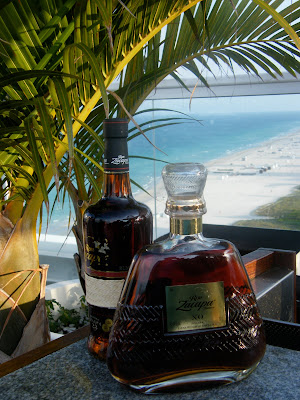 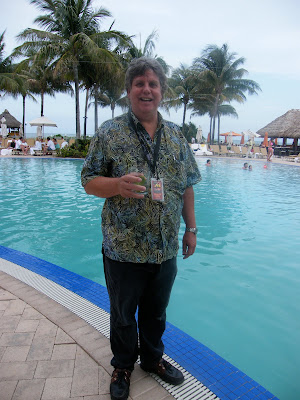 “Rum is having a Renaissance. Rum is old, but its being rediscovered,” Burr said. That’s the key. There’s so much range in rum that you’re never finished discovering new things. “Tequila is a great example of how that happened. You never heard the words Tequila and ‘fine sipping’ in the same sentence twenty years. It was something that you didn’t taste; you just banged it down in a single shot. Now, that’s all changed.

“The history of rum is the history of the western hemisphere. It truly is the beverage of the New World. It goes hand in hand with the colonization of North America. Every island makes the rum the way they want it. Most bourbon comes from Kentucky. All Irish Whisky comes from Ireland. Tequila comes from a very small part of Mexico, but rum comes from wherever there’s sugar cane growing and they make it the way they like it, with their own sensibility.”

Hundreds of rums were tasted over the five-day festival in some of Miami’s most prestigious venues, from the rooftop lounge of South Beach’s Gansevoort Hotel and the Epic's River Cafe and Area 31 along Miami’s burgeoning riverfront to the lobby bar and lounge of the Ritz Carlton along the beach.

“There’s something about rum where it just fits. It’s the antidote for the hectic lives that we lead. Rum is a sailboat, an island, a palm tree, and a swimming pool. Your toes in the sand. A coconut. A beautiful girl in a bikini. We need to have a balance in our lives. We need to work hard, but we also need to have some fun. At the same time, we need to travel and what better way to travel to beautiful tropical places than by simply opening a bottle of rum!”

Some of the rare rums that were tasted at the Renaissance will never be tasted again. “They just aren’t available in this country or there’s simply no more to be had,” Burr explained. “Many others are readily available at your local liquor store or fine wine and spirits purveyor. Some of the familiar names, such as Bacardi, which has its national headquarters and museum in nearby Coral Gables, Florida and Abuelo and Appleton rums, were represented. Lesser know rums with exotic names like Pusser’s Rum, Palo Viejo of Puerto Rico, Vizcaya Cuban rum and St. Aubin Rhum Agricole and Velvet Falernum provided a kaleidoscope of flavors and colors that ran the gamut. From white, almost wine-like acidity to deep, dark rich mahogany flavors of cognac, coffee and tobacco, the rums all had distinctive characteristics. They are delicious served ‘neat’ in a hefty glass or snifter, on the rocks, or as the base for an exotic, tropical drink like the Mojito.

More on the Celebration of Cane Spirits in the New World at the Miami Rum Renaissance Festival and my tasting notes in the next installment.

Posted by Dwight the Connoisseur at 5:03 AM