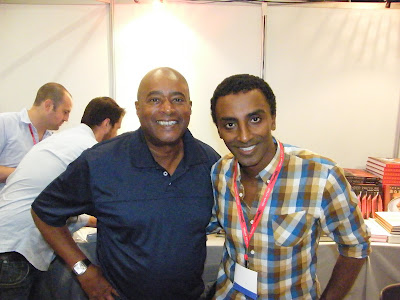 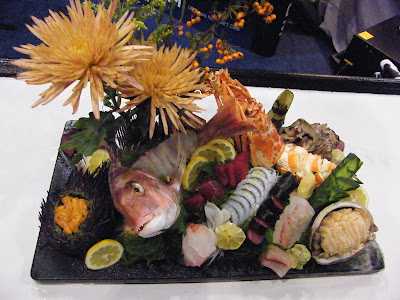 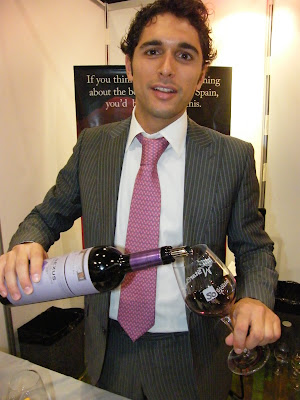 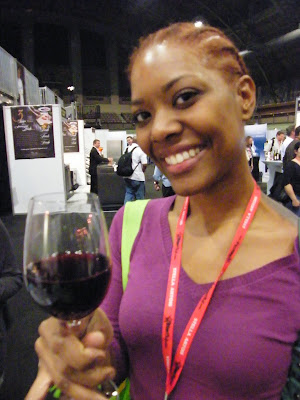 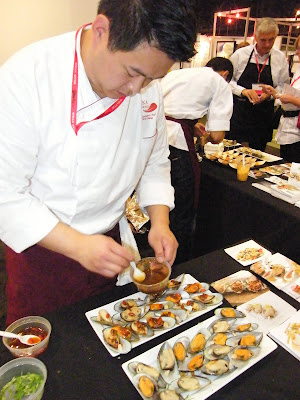 The host of the cooking series “The Inner Chef with Marcus Samuelsson" on the Discovery Home Channel was at the author’s table autographing copies of his latest book “New American Table.” The 1999 James Beard Rising Star Chef award-winner was also announcing the birth of his new restaurant, Red Rooster in Manhattan’s fabled Harlem community. “We’re going to be honoring the legendary history of Harlem through innovative American cuisine,” he explained. “The Red Rooster was the meeting place for all of the great minds and luminaries of the Harlem Renaissance and the intellectual incubator for the Civil Rights Movement in its later years. That was where you might see people like Adam Clayton Powell, Miles Davis, Max Roach and Lionel Hampton all together in the same room trading stories and discussing their plans for the future. We plan to honor that rich tradition and the great culture of Harlem with the Red Rooster.”

His new book, “New American Table” similarly celebrates the unique direction that American cuisine is taking in light of the impact of multi-culturalism. “People so often talk about the ‘melting pot’ in America. Nowhere do we see that more vividly displayed than in the kitchen and on the dining room table.

Samuelsson, Ethiopian-born, Swedish raised and both European and American trained, knows well of what he speaks. “What I do in the book is introduce you to friends I’ve met along the way,” he told me during an interlude in book signing. “I’ll introduce you to a couple where the wife is Korean and the husband is from Senegal. You can’t imagine the flavor combinations that turn up on their dining room table at night, but somehow, with their love and artistry, it all comes together and the results are fantastic!”

Samuelsson makes the point that “the notion of American cuisine is past the checkered tablecloths, burgers and fried chicken of the past. It can be Italian, African, Asian or Indian or any combination thereof."

Each year, the Starchefs Congress is the fountainhead of knowledge and cutting edge technique and innovation. For three days, some of the best chefs in the country gather to glean the knowledge of their esteemed peers such as Thomas Keller of the French Laundry in the culinary wellspring of Napa Valley wine country in Yountville, California and attend business seminars led by industry leaders such as Richard Melman of Lettuce Entertain You, Chicago.

Wine is an integral part of cuisine and that fact was brilliantly displayed in an international presentation of wines from the far corners of the globe. Bodegas Riojanas, the Great Wines of Spain, made a spectacular presentation of their Reserva, Crianza and New Wines.

Among the most outstanding was Gran Albina Reserva ($36.97), a blend of classic Spanish grapes: Tempranillo, Mazuelo and Graciano. “This wine represents the new trend in Spanish wine,” said Javier Hernandez of Frontuara y Victoria. “ The wine is very intense. Witness the cherry-red color and rich aromas. The wine has great structure. You can feel it in the mouth. It is concentrated and tannic, but well balance. The flavor is wrapped in excellent wood, having been aged in new oak casks for 20 months, then aged in the bottle for at least 24 months before being put on the market.”

I walked a healthy glass of this rich elixir over to the eatwisconsincheese.com booth where I tasted it along with a killer Gorgonzola, a type of aged blue cheese. The astringent and pungent flavor and aroma worked perfectly with the almost port-like taste of the intense Spanish wine. I could very well have finished the afternoon then, but there was a great deal more culinary territory to cover. What a surprise to run into an old friend of mine from Miami, gastropod Miami (gastroPodMiami.com), a food truck that served the best pulled pork fajitas and short-rib “sliders” with aioli and a hint of salsa that is one of the best and most inspired sandwiches I’ve ever had.

“The restaurant business is just so darned stubborn,” said Antoinette Bruna, Editor-In-Chief of Starchef.com and organizer of the conference. “It never ceases of amaze me how it is constantly reinventing itself. Pop-up restaurants and food trucks are thriving right alongside avant-garde, high tech kitchens as chefs adapt to the changing economic climate. Yet they maintain their creative edge. Its their passion that drives them.”

Passion was the operative word as chef Matt Hill of Charlie Palmer Steak in Washington, D.C. artfully prepared a freshly killed Long Island duck, stuffed with fresh seasonal vegetables and herbs from local purveyors before an audience packed with chefs from around the country in the Main Stage arena. An announcement over the PA system declared that this was the most well attended Congress in the event’s history. It certainly felt, drank and tasted like a world-class culinary event!

Posted by Dwight the Connoisseur at 8:13 AM