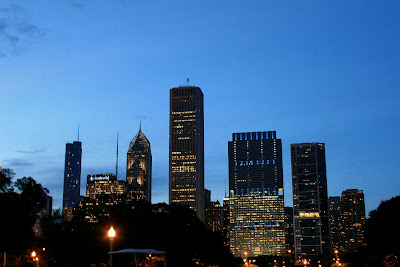 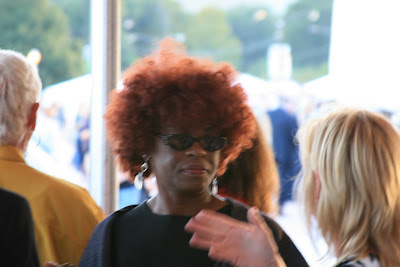 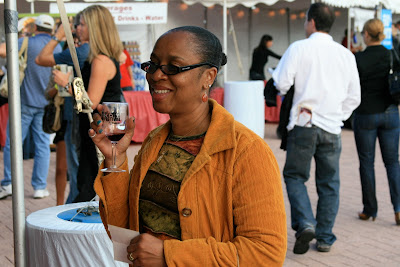 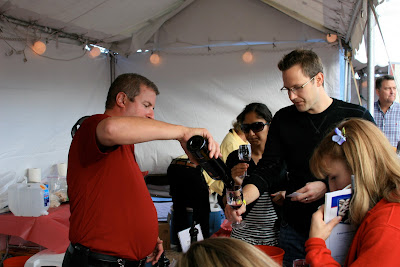 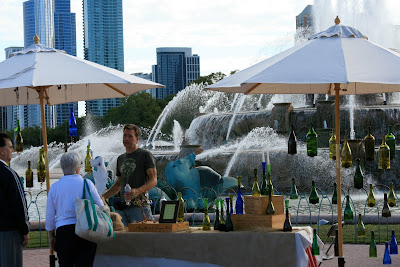 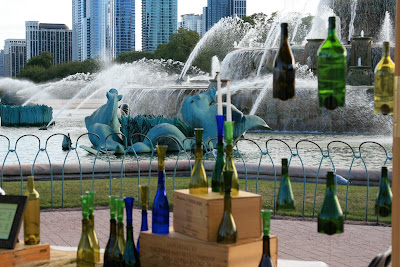 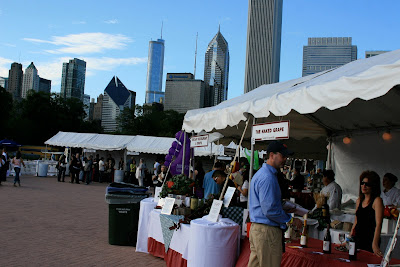 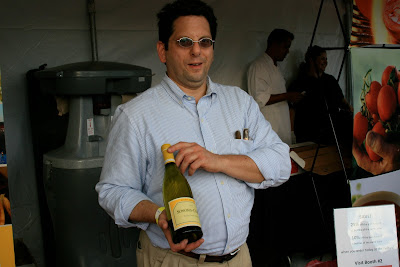 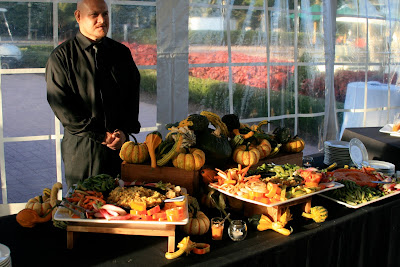 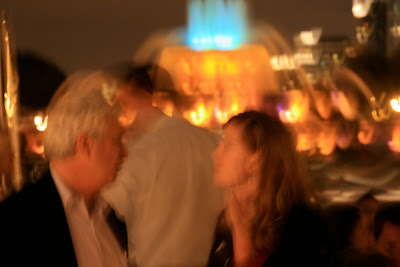 -Story and photos by Dwight Casimere

Naperville, IL. —Naper Settlement is the location of the Naperville Wine Festival, presented by INVESCO on Friday, September 17 from 4pm-10pm and Saturday, September 18 from 3pm-9pm. More than 200 domestic and international wines will be featured along with cooking demonstrations, wine seminars and live music.

Dwight The Wine Doctor previewed the event by attending the 6th Annual Windy City Wine Festival, presented by US Bank at Buckingham Fountain in Chicago. The two-day tasting September 10& 11 benefited the Grant Park Conservatory. Title Sponsor US Bank put out a sumptuous array of delectable appetizers to accompany an international array of wines including Earthquake wine, which was presented exclusively at the event and MacMurray Ranch Chardonnay of Sonoma Valley, California.

In the tents that ringed Buckingham Fountain, more than 400 tasters had an opportunity to sample wines from across the globe; Banfi Vintners from Italy, Barefoot Wines of California, Cline Cellars of Sonoma, Ste Michelle Wine Estates from Washington State, the Washington Wine Commission, Hess Collection Winery of Napa Valley.

Among the wines, Dwight The Wine Doctor caught up with a few favorites. Sonoma-Cutrer presented its new 2008 Sonoma Coast Chardonnay ($22.99), a classic California Chardonnay with pronounced fruit aromas that make one think of sliced apples and Asian pears. Citrus top notes of Meyer lemon and a floral touch of honeysuckle and orange blossom cascade into a lush, creamy combination of candied pecans, shortbread and a hint of sweet key lime pie with layers of toasty oak. This wine creates a complete flavor sensation in the mouth. It also makes a great accompaniment to shrimp lobster. The fish tacos at Caoba Mexican Bar & Grill were a great match!

Ste. Michelle Estate Wines of Washington State near Seattle never disappoint. They’re probably one of the greatest values out there and are the perfect first-tier wines for those just getting into the wine-tasting game. You certainly can’t beat the prices. All of their wines are priced comfortably in the $10 to $24 range. I absolutely love their 2007 Indian Wells Riesling. At $14.99, I would put this up against any of the German Kabinet wines of the same variety. Indian Wells has a light, tropical style so typical of the warmer climes of Washington’s Columbia Valley. One could almost taste the Steelhead Trout that would go so perfectly with this lush, crisp white wine. I took a long savoring sip as I watched the sun set in a dramatic flourish of color over the towering skyscrapers ringing Grant Park. The dancing lights of Buckingham Fountain made a perfect visual partner to the flavors that did pirouettes in my mouth. For event information on the Naperville Wine Festival, visit, www.napervillewinefestival.com or call 847-382-1480.
Posted by Dwight the Connoisseur at 5:45 AM