The Black Grouse: A "rare breed" swoops in 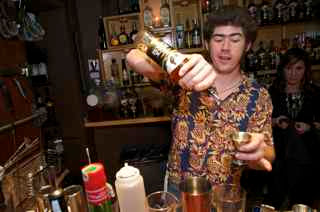 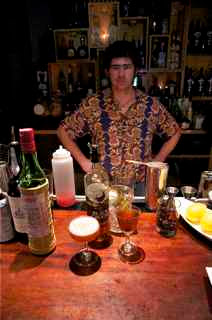 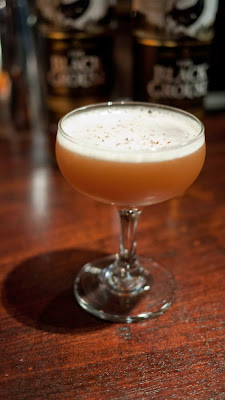 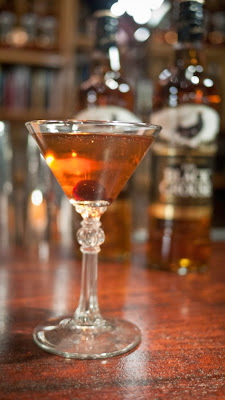 -All Mimsy were the Borogroaves

-A Quiet Smoke in the Woods

The Black Grouse: a “famous” way to usher in winter drinking pleasure

Winter is hard upon us. What better time to cozy up to a great glass of Scotch in the form of a new blended Scotch whisky that has just flown into the premium drinks nest in Chicago. The Black Grouse ($26) is the ‘kissin cousin’ of The Famous Grouse. The latter already lives up to its name with its famous pedigree. Blended primarily from Highland Park and Macallan whiskeys, it’s the liquid equivalent of a child sired by two Oscar-winning actors. The Black Grouse takes it a step further, setting it a breed apart. The Black Grouse is a marriage of the Famous Grouse and Islay malt whiskies. Known for their peatiness, the Islay adds a deepening layer of smoothness and smokiness. With its long aromatic finish and hints of cocoa and spice, it deserves the accolades it has been getting. It’s a yin and yang experience, with its mix of sweetness and smokiness.

The Black Grouse is named after the endangered species that is distinguished by its deep color, blazing white feathers on its wingtips and tail and a shock of red plumage on its crown. This is a rare bird that likes to strut its stuff with a characteristic gleam in its eye, not unlike its beverage namesake!

Whisky makers seem to be following the same mantra as winemakers, particularly in California; that good wood makes for good drinking. Experimenting with unique woods or aging techniques is the name of the game. That’s where the makers of The Black Grouse come in. They’ve applied wood aging to create a new spin on The Famous Grouse, which is already the best-selling blended Scotch on its home turf. As a result, The Black Grouse has a terrific wood backbone and a long, smoky finish. Add that to the dominant flavors of molasses, vanilla and dried apricots and you have a seductive blend that is as smooth as silk on the palate. Various reviewers have called The Black Grouse “poetry in the bottle” and a quick tasting confirmed that accolade.

The Black Grouse made its Chicago debut at The Drawing Room in the Gold Coast. Mixologists Charles Joly of The Drawing Room, Lynn House of Blackbird and Mike Ryan of Sable showcased their original creations for this rare breed of blended Scotch. Here are the recipes for their cocktails:

Combine all ingredients in a mixing glass. Add ice, shake and strain into a coupe. Use a channel knife to mist top of the cocktail with citrus oil. Garnish with twist.

Combine The Black Grouse, vermouth and coffee liqueur in a mixing glass over ice. Stir to chill and dilute. Strain into a chilled coupe and dash with bitters.

Combine all ingredients aside from bitters in a mixing glass and dry shake to combine ingredients. Add ice, shake and strain into an old fashioned glass with ice. Decoratively add bitters to top of cocktail.

Combine lime, ginger and marmalade in a mixing glass and stir until marmalade dissolves. Add The Black Grouse and ice, shake until well chilled. Double strain over fresh ice into a double old- fashioned glass, top with tonic. Gently stir and garnish with a blood orange twist.

Combine all ingredients in a saucepan, simmer until sugar is dissolved.

Simmer at a low boil until reduced by half.

All Mimsy Were the Borogroves (created by Mike Ryan)

Shake and strain, serve up in a coupe glass. Garnish with shaved dark chocolate, 90%+ cacao.

Combine all ingredients in a pan and bring to a simmer, then remove from heat. Let sit one hour, then strain, bottle and chill.

A Quiet Smoke in the Woods (created by Mike Ryan)

Stir and strain, serve up in a coupe glass. Garnish with a Luxardo cherry.

Posted by Dwight the Connoisseur at 5:44 AM