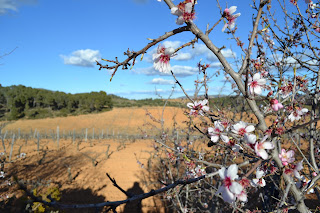 The vineyards at Can Rafols near Barcelona 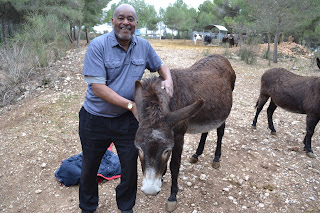 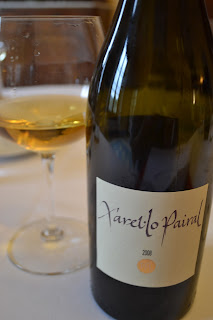 Can Rafols Xarel-lo Paira 2008-$25. Xare-lo is a white grape variety indigenous to Catalonia

MADRID, Spain--Spanish wines are putting their best foot forward in a crowded international field. While there are some terrific Spanish to be had, they don't command the attention of wines from France, Italy, and more recently, places like Chile and Argentina. It's a pity because there are some tremendous Spanish wines that are a relative bargain.

The problem, perhaps, may be one of image. Many of the Spanish wines currently in the U.S. market are not estate wines. It is customary for winemakers to blend wines from several vineyards and release them under a brand name. In addition, many wine lovers are not aware of the fact that Spain has many great wine growing regions outside of the usual suspects, Rioja and Ribera del Duero. Wines of La Mancha made a big push at the Miami International Wine Fair a few years ago, and some of their wines are appearing on wine lists at an ever-increasing number of trendy tapas bars and on the shelves of popular wine shops, but the emphasis there seems to be on affordability and accessibility of taste rather than fine quality.

Enter visionary winemaker Carlos Falco, Marques de Grinon, who 13 years ago decided to create an organization of like-minded estate owners from all over Spain who were passionate about superior quality in winemaking. The group was named Les Grandes Pagos (estates) de Espana, and thus a new standard of excellence for Spanish wine was born.

Grandes Pagos, as the group is popularly known, now consists of 29 members from regions all over Spain; from the foothills of the Pyrenees mountains, to "sunshine coast" of the Costa del Sol. Great wine is made all over Spain and Grandes Pagos is determined to make it a known fact . The members of Grandes Pagos are committed to ensuring that the wines presented under their organization's umbrella is of the highest quality.

The organization's self-governing practices are rigorous. Prospective members must first apply for membership and submit their wines for review. The entire body must deem the wine of superior quality before a new member is admitted.

Families from superlative estates from across Spain are committed to presenting wines that best display the unique characteristics of vineyard, soil and climate, that ephemeral mix known as "terroir."  Visiting a handful of wineries in the far-flung reaches of the Grandes Pagos' membership near Madrid, Barcelona and along the coast near Venezia, demonstrated the wide variations of soil, micro-climates, altitude and winemaking techniques that created wines of stunning character and variety.

Nearly all of the wines are cultivated organically, using wild yeasts and natural techniques. Grapes are hand-harvested. In some cases, farm animals, seen grazing on many properties,  are used in the vineyards, rather than machinery.

The wineries I visited who are members of the Grandes Pagos were among the greatest names in Spain and display a wide variety of styles, tastes and characteristics; Musiguillo, one of the great producers of wine from the Bobal grape, Gramona, one of the emaculate producers of Cava, Spanish sparkling wine to rival anything from France, the legendary Enrique Mendoza, Chivite, Propriedad de Arinzano, Can Rafols and Albacete.

All the wines paired greatly with food and, if you've every visited an authentic Spanish tapas bar, the abundance of wine and food pairings are dizzying. The wines have complex flavors that stand up to salted fish roe or salmon "rib," sardines or aged Manchego cheese, Sopa de Ajo (garlic soup), Pork Rib Roast with Romesco sweet-smoky Sauce from Catalonia, or the aforementioned Pealla, either with sausages and chicken or seafood or both.  Grilled octopus is practically a staple in Spain, as is salted fish, commonly known in the Spanish diaspora as bacalao. You can have it a hundred different ways in Spain, from rustic slices served with other salted fish as tapas with wine or beer or cooked into lighter-than-air bacalao fritters.

An orientation and tasting at the Abadia Retuerta L'Domaine-The Club, a private club in downtown Madrid, set the tone for the ensuing tour and tasting experience. 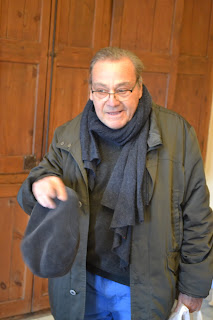 The legendary Carlos Esteva, owner of Can Rafols dels Caus 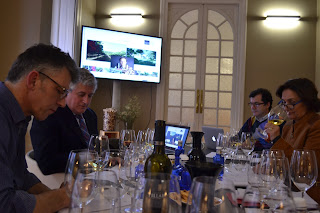 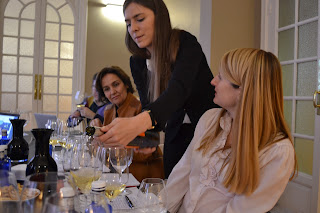 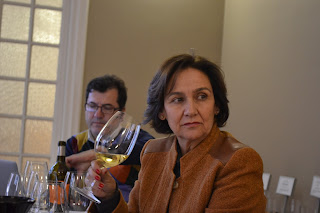 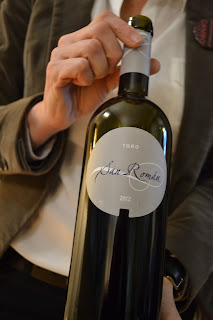 The wines of members of the Grandes Pagos 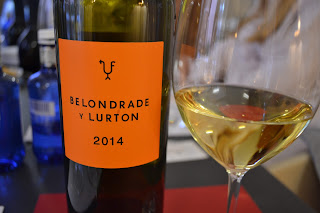 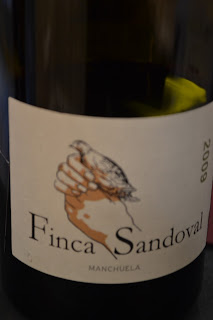 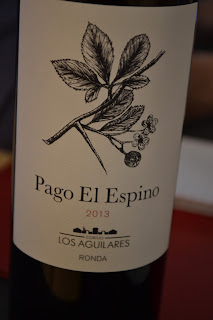 Beatriz Hernandez of Grandes Pagos with a member selection The Sierra de Guardarrama outside Madrid 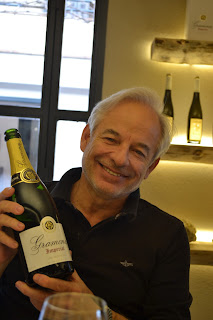 Xavier Gramona, owner and vice president,  with his Gramona Imperial Cava and (below)
Dwight Casimere at the foothills outside Madrid 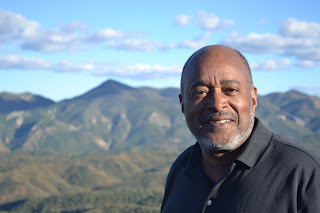 Posted by Dwight the Connoisseur at 11:24 AM