Special to Dwight The Wine Doctor

SOUTH BEACH, MIAMI--The Food Netwrok and Cooking Channel South Beach Wine and Food Festival celebrated its 15th year in grand style, with a record number of visitors and an astounding amount of money raised to benefit the students at Florida International University Chaplin School of Hospitality and Tourism Management. The event drew celebrity chefs from restaurants, caterers and resorts from around the country and revelers from around the world who just came to party and eat some the best and most innovative noshes ever created, and drink some spectacular wine and spirits. The selections and variety were endless.

Hotel St. Augustine, a boutique bed and breakfast hotel, with the laid-back atmosphere of its namesake city, provided the perfect jumping-off point for all of the festivities at SOBEWFF. Located in the exclusive "South of Fifth" SOFI neighborhood of South Beach, it was just off-site of all the action on South Beach, but close enough to walk to the Grand Tasting Village and all of the other festival venues. The location offered proximity to all the action while at the same time affording all of the peace and serenity to be found in upscale areas such as Chicago's Lincoln Park or New York's Central Park West.

Starting with the opening day and the Wine Spectator's Trade Day tasting under the Goya Foods Grand Tasting Village, a quarter mile expanse of tents and demonstration kitchens situated on the white sand beach along South Beach Miami and the azure blue Atlantic Ocean, the perfect 75 degree temperature and light ocean breezes made it the ideal place to sip a newly released  Prosecco or hearty grilled burger smothered in Applewood smoked bacon and Swiss cheese. The ultimate place to be was Seminole Hard Rock Hotel and Casino VIP Hospitality Tent during the Grand Tasting Village events. 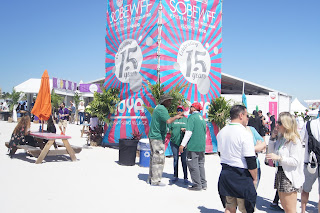 Welcome to the 15th SOBEWFF ! 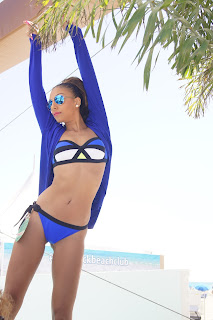 The scene inside the Seminole Hard Rock VIP Hospitality tent 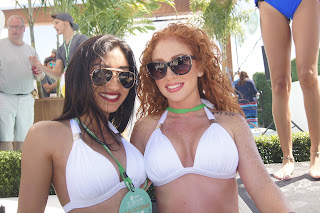 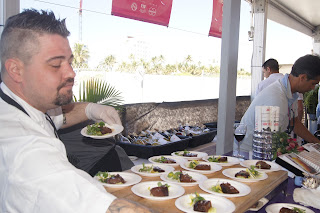 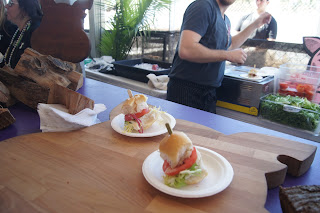 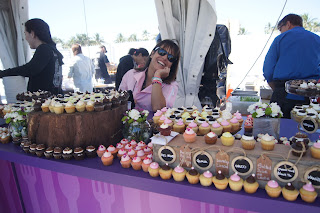 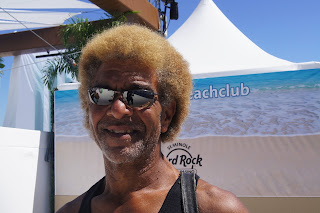 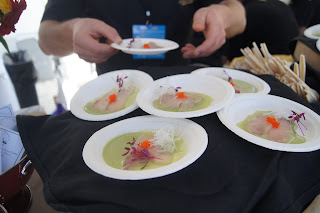 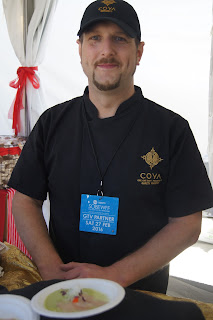 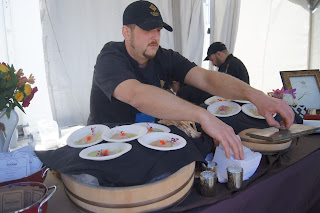 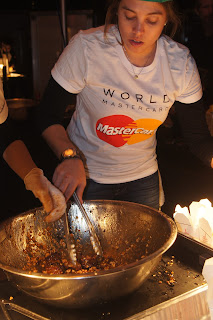 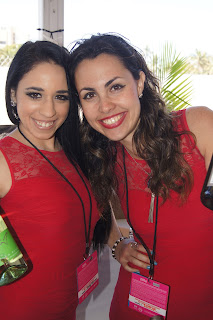 Greg Norman Jr. and his assistants (above) serves up his father's namesake Syrah from Australia 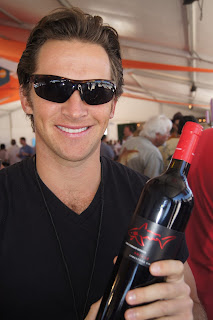 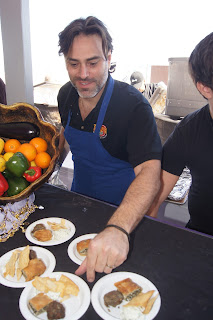 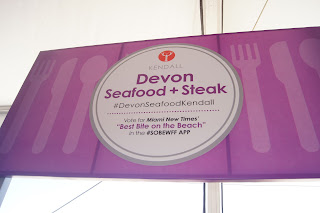 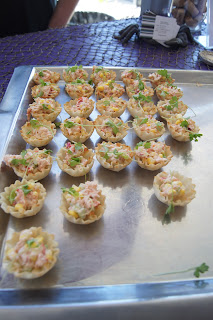 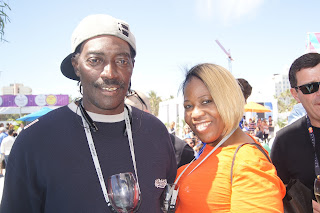 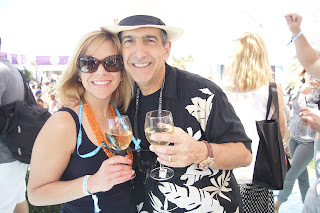 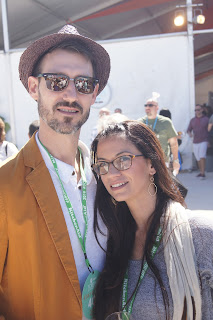 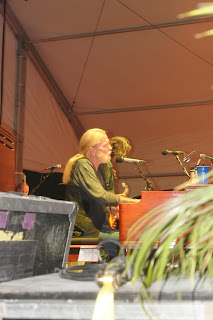 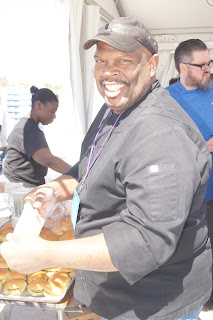 A Burger Bash preview from BLT Prime-Doral, Florida and (below) the flaming hardwood grill at
MEATOPIA presented by Creekstone Farms behind the Delano Hotel with Michael Symon 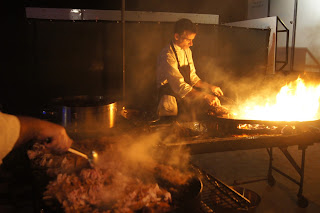 Posted by Dwight the Connoisseur at 8:47 AM