Miami International Film Fest: a wild ride through the Civil Rights quagmire, shampooing a Shetland and talking to a chimp 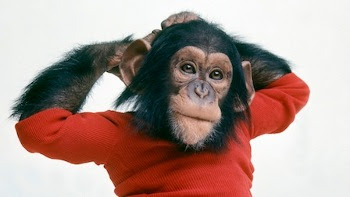 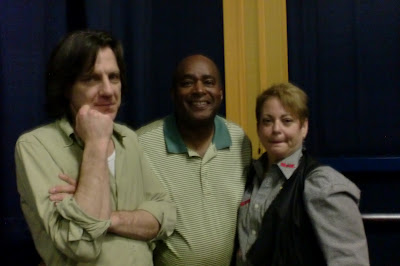 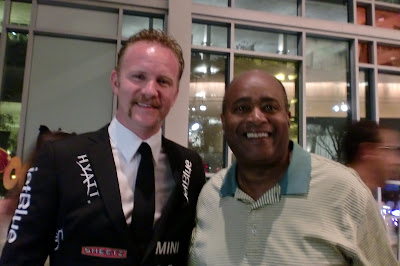 
SOUTH BEACH, MIAMI BEACH, FLORIDA—A circuitous bus ride through the Deep South that navigates the choppy waters of the Cold War, international politics and the infighting of the Kennedy/Camelot White House; the blatant sellout to produce the Greatest Movie Ever; and a morally questionable effort to Talk With The Animals, were the overriding subjects as the Miami International Film Festival careened into its full and final week of film presentations.

Freedom Riders is a disconcerting documentary drama that follows the unfolding of the events that surrounded the Freedom Rides to eliminate segregation by race in public transportation and accommodations in the nascent days of the Civil Rights Movement. The first Freedom Rides took place on May 4, 1961, when seven blacks and six whites left Washington, D.C. on a Trailways and a Greyhound bus to test the Supreme Court’s ruling that declared segregation in interstate bus and rail stations in the Deep South unconstitutional. The film has particular resonance for me, as my mother was a Freedom Rider in the second wave of the movement and I became a close friend and colleague of one of the originators of the movement, Diane Nash, who worked with me as a journalist in Chicago.

Veteran filmmakers Stanley Nelson’s troubling, yet inspirational documentary is the first feature-length film about this seminal moment in Civil Rights history. It goes far beyond the textbook representations to reveal the complex inner ramifications of this astonishing chapter in American history. It is as much a testament to the power of youthful idealism as it is to the continuing power of the media and the triumph of the human spirit against all odds.

There are moments that even foretell landmark events to come, particularly when then Attorney General Robert Kennedy comments in a Voice of America radio broadcast at the successful conclusion of the Freedom Rides, predicting, “there will one day be, even, a Negro President.”

Nelson’s skill as a storyteller, allowing the narrative voice of the actual participants to tell the story, pulls back the veneer of didactic historical fact, to reveal the raw violence on the outside and visceral conflict within the very core of the Civil Rights Movement. No event, or key player in this real-life drama is spared from the unflinching gaze of his camera. Even the light shone on the reputation of the Christ-like Dr. Martin Luther King, Jr., who the young Freedom Rider students half-mockingly referred to as “Da Lawd,” was revealed to be, paradoxically, a respected and beloved leader, but one who had “feet of clay,” in the words of one of the narrators, former Georgia legislator and NAACP President Julian Bond.

Freedom Riders is a sobering, yet analytic retrospective of the internal racial politics that still informs American governmental policy and social conventions, between white America and people of color.

Mocumentary filmmaker Morgan Spurlock (Super Size Me) is at it again with the documentary farce The Greatest Movie Ever Sold. The Oscar-nominated director takes an unabashedly exploitative look at the garish world of product placement and corporate branding in the film industry.

This film is anything but a sensitive, probative look at the world of product huckstering in Hollywood. Spurlock makes the very act of seeking blatant product placement the very core of his film. “You know whose the greatest at product placement,” Spurlock posits, “NASCAR. The suit that the drivers wear is the epitome of product placement with the logos of the sponsors splashed all over it.” Spurlock gleefully adopts the practice, wearing a tight-fitting suit with the logos of “POM”, “Jet Blue” and “Hyatt” and those of the other dozen or so sponsors of the film, affixed to it.

The film is, at times, ridiculous. I’m sure you’ve run across the shampoo product ‘Mane & Tail’ at your local Walgreen’s. I’ve often wondered about the efficacy of the product. (“There’s even directions on the back for both animal and human use!” he declares, gleefully.)

What the hell, Spurlock decides to pursue them as a partial sponsor, even pitching to them an absurd commercial spot, in which the camera reveals him in a bath tub shampooing his young son with the product, then pulling back to reveal him shampooing himself and then pulling out to a wide shot to show him shampooing an actual miniature Shetland pony in that self-same bathtub. Mane & Tail buys it and their segment becomes the wildly funniest moment in the film!

“You will never look at product placement in a film in the same way after watching this movie,” Spurlock declared in post-screening Q & A at the Regal Theatre in South Beach. Indeed, even some respected directors like Quentin Tarantino, who was among those interviewed in the film, made the point that product placement is a fact of life in filmmaking and that even he had made at least one failed attempt to incorporate a commercial sponsor in one of his films. “The opening scene of ‘Pulp Fiction’ was intended to show the two lead characters having a meeting over breakfast at a Denny’s. Denny’s wanted absolutely nothing to do with my movie!”

Project Nim explores the complex, often morally troubling world of animal research through the eyes of Oscar-winning documentary director James Marsh (Man on Wire) and the leaders of a 1970s Columbia University experiment to teach sign language to a chimpanzee.

Psychologist Herbert Terrace, the leader of the project, names the chimp “Nim Chimpsky,” a play on words after the famous linguist Noam Chomsky, who makes a brief appearance in the film.

The film follows the kidnapping of the baby chimp Nim from his mother in captivity, through his nurturing by a Long Island family and eventual subjugation to a life-long research project that blurred the lines between teacher and student and animal and human. “Its wrong to take animals from the wild and try to raise them in captivity and try to impose our human will on them,” declared one of the participants, Renee Falitz, who was savagely bitten by Nim. “He should never have been taken from his mother. He should never have been raised among humans. If you look at all those words on the screen, that is not language. Nim never learned language. That is just vocabulary. There’s a profound difference between language and vocabulary.” To say that Falitz, who is now retired and living in South Florida, felt the experiment was a failure, is an understatement.

At times, Project Nim is joyous, sad, intriguing and heart wrenching. I must admit I shed tears several times, especially in the scenes where Nim was relegated to a solitary cage at a farm/refuge for abused animals near the end of his life. Were it not for the intervention of a most unlikely hero, a pot smoking Grateful Deadhead named Bob Ingersoll, who comes to his rescue. Nim instantly recognizes Ingersoll and resurrects a sign that he had invented years earlier with another researcher, the crossed hands, almost raised in prayer, that meant, “I want to play.” It is a transcendent moment and one that brought the tears of this reviewer gushing forth!

Is it wrong to hold animals in captivity and attempt to treat them as humans? Participant Falitz thinks so. “Why is it important for him to learn colors? He’s (Nim) never going to paint a house. Why does he need to learn language? He doesn’t need to recite lines in a school play. It’s wrong to try to treat animals as humans. Its wrong to force them to live anywhere but in the wild!” There’s no denying the power of the film. It shows that we have much to learn from those we consider “dumb animals.” What the researchers learned about themselves and what we loosely call ‘human nature’ is perhaps more revealing, in the end, than what they supposedly learned about Nim and his language capability.

Posted by Dwight the Connoisseur at 5:38 AM