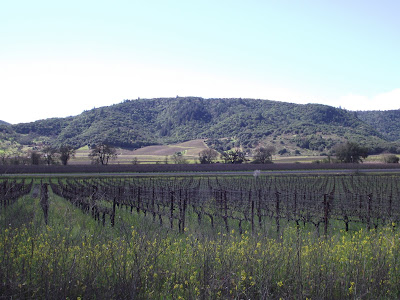 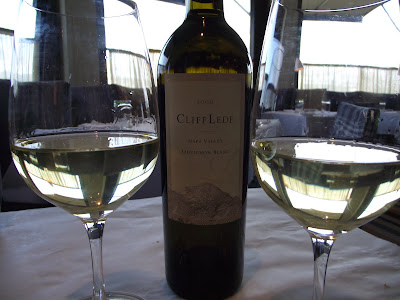 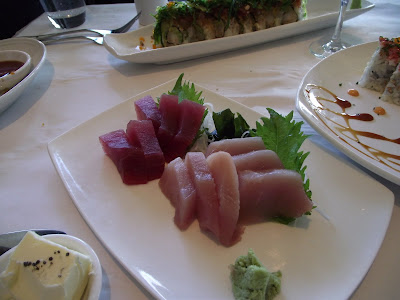 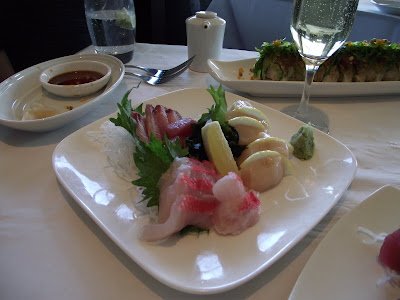 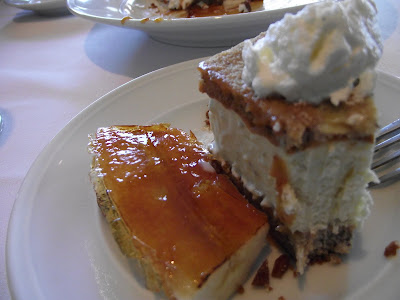 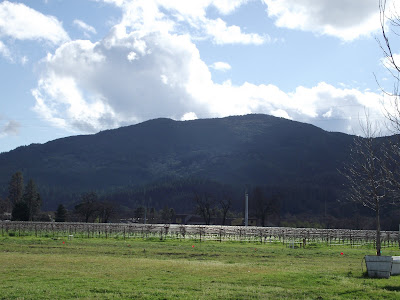 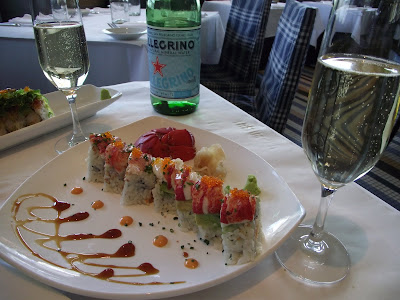 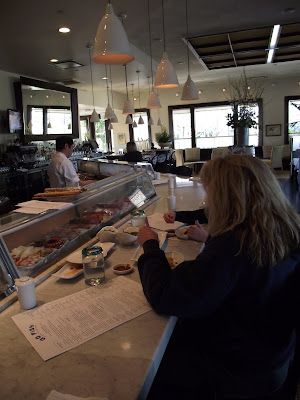 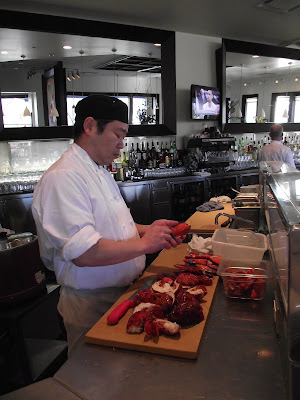 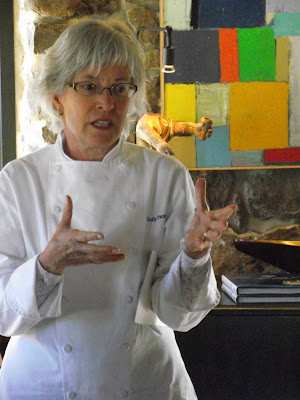 Napa Valley, Ca.--With a farm and field to table upbringing in her native Minnesota and a culinary genesis in one of the celebrated temples of Chicago’s Gold Coast and Golden Era dining scene, the famed Pump Room at the Ambassador East Hotel, chef Cindy Pawlcyn has risen to become the brightest and most enduring star in Napa Valley’s culinary firmament.

Her star began its ascent when she moved to California, after receiving formal training at Paris’s legendary La Varenne and her stint in Chicago, to take a job at McArthur Park in San Francisco, one of the first restaurants in that culinary Mecca to celebrate local cuisine. After she became opening chef at Meadowood in St. Helena, she joined acclaimed chef Bruce LeFavour at Rose et LaFavour.

The meteor shower of acclaim really began for Cindy Pawlcyn when she opened Mustards Grill in Yountville, in 1983, just steps from some of the most famous wineries in the Napa Valley. Named for the wild mustard flowers that grow in the wine country every year, Mustards came to reflect Pawlcyn’s love for the region and its culinary resources. It became a celebration of all things Napa Valley and, in turn, all things Cindy Pawlcyn.

Go Fish is Napa Valley’s first sushi restaurant. It is also one of the Bay Area’s finest seafood restaurants, which takes the concept to new and inspired heights. Whimsically named for the kid’s card game, Go Fish breaks high concept cooking down to its approachable elements. A kaleidoscope of fresh fish selections are presented in “Fish Your Way,” with a mix and match selection of cooking methods and sauces to “Fish Our Way”, in which the kitchen determines what goes where and how. Pacific Snapper gets an Asian twist with bok choy, sunchokes and carrot ginger broth. Dover Sole arrives on a puree of fennel with caper brown butter, a nifty twist on the bistro classic. On any given day, fish choices range from sturgeon, striped bass, big eye tuna and Hawaiian ono, to wild salmon and Alaskan halibut. In short, there isn’t any delicacy that swims in the sea that doesn’t find its way into the kitchens of Go Fish.

Besides celebrating the bounty of the sea, Go Fish also is a showplace for locally sourced produce. Brussels sprouts with Red Onion, Grilled Asparagus with Chile Flakes & Extra Virgin Olive Oil and Sean’s irresistible French Fries with Chipotle Aioli are exquisite enough to turn the most avid carnivore into a vegetarian!

The bright, airy interior of the restaurant is sophisticated, but not austere. The floor to ceiling windows let in plenty of light during the day. The décor incorporates an imaginative nautical design by Bay Area architect Howard Backen, with alternating chalkboards and a giant glass and wood screen that incorporates countless species of fish. Expansive wood-framed windows look out on nearby orchards and vineyards and the main drag, Highway 29. A patio with an outdoor bar portends the languid summer nights that lie ahead.

The long, curved sushi bar at the front of the restaurant holds a brilliant display of fresh seafood offerings of the day. The well-trained chefs, headed by Sushi Master Tominaga, give a daily master-class in sushi preparation for the patrons who are fortunate enough to get an early evening seat at the sushi bar before diving into a seafood dinner that defines the words “fresh” and “innovative.” The restaurant flies in many of its sushi items fresh daily from Japan and Hawaii.

A true connoisseur will be in sushi heaven within minutes. If you’re lucky, as I was on a visit during Premiere Napa Weekend, you can be treated to such rare delicacies as Shirobei shrimp from Japan, which are only available at certain times of year, or ka-kani, Chinese mitten crab. Raw scallop, or Hotate, is another such delicacy. As I watched the sushi chef break down the fresh lobster, and begin preparing the other fish for use that evening, I became so entranced and absorbed in the process, that I nearly forgot my original purpose for coming to Go Fish, the experience of having a great seafood dinner. I’ll have to plan an evening at the sushi bar at Go Fish for my next visit to Napa Valley.

An assortment of Sashimi and Sushi, featuring such delicacies as fresh Sea Urchin (Uni), Hotategai (Sea Scallop) and Kampachi (Amber Jack) was accompanied by a really crisp Semillon-Sauvignon Blanc from St. Supery, Virtu’ 2008 ($18), a winery located practically across the road from the restaurant. The subtle aromas of pear and grapefruit and tastes of peach and nectarine with a slight, smoky toast, got the meal off to a succulent start. That was only eclipsed by the mélange of fresh oysters that followed, which included Beau Soliel, Sweetwater and, a real delicacy, Hama Hama from Washington State. Schramsberg 2007 Blanc de Blanc ($29.99) is the ONLY thing to have with fresh oysters, especially if you’re in the Napa Valley. Don’t let anyone tell you different. It has just the right balance of salty minerality and bright lemon and lime fruit with a touch of green apple to play against the briny sweetness of the oysters. The Hama Hama, in particular, had a silkiness and caviar-like aftertaste when accompanied by a healthy swallow of the Schramsberg. I could have happily ended the meal with another helping of oysters, but greater adventures lie ahead!

The beauty of eating at a fresh seafood restaurant like Go Fish is the opportunity to taste the Fresh Catch of the day. Menu staples such as steamed Prince Edward Island Mussels in a heady Thai Coconut Curry broth, alongside a glass of Frank Family Vineyards Napa Valley Chardonnay 2007 ($32.50) is a surefire palate pleaser. It’s vivacious with luscious white peach, citrus blossoms and honeysuckle dripping on the tongue with a bit of pippin apple to give it a little bite. It’s just the right taste to cut through the subtle brininess of shellfish, like mussels. The plump, soft mussels were cooked to just the right texture. The lightly flavored curry didn’t detract at all from the slightly sweet, yet nutty taste. I ventured further into Far East fusion with another house specialty, Whole Grilled Thai Snapper. The texture was firm and flaky. In other words, perfect. The fish was as fresh and flavorful as any I’ve had from the Gulf in New Orleans, where Snapper is King! I’d order this dish again in a heartbeat. Black cod poached in Shitake brother and served on a toasted sticky rice cake is another spectacular dish you probably won’t find anywhere else, anytime soon. For a twist on Surf ‘N Turf, try seared scallops with foie gras. You’ll never go back to steak and lobster again.

Go Fish boasts a bevy of mouthwatering house made desserts. I was fully satiated from the meal, but was tempted to try a killer roasted banana and rum ice cream ‘sandwich,’ sort of a Napa Valley twist on the Bananas Foster I’d enjoyed at Galatoire’s in the French Quarter during the New Orleans Wine & Food Experience last spring. I settled into another glass of the Schramsberg before sauntering out of the door into a day bathed in golden sunlight, as only the Napa Valley can offer. On the way back to my Bed & Breakfast room at the Wine Country Inn, I paused to take a photo of the wild mustard flowers growing in the vineyards at the base of Mount St. Helena. How apropos!

Go Fish is a unique dining experience that celebrates one of Napa Valley’s greatest culinary talents and the tremendous bounty of local ingredients unique to this blessed region. Cindy Pawlcyn operates a couple of other Napa Valley culinary staples, Cindy’s Backstreet in St. Helena and the eponymous Mustards, in nearby Yountville, which was mentioned here earlier. One could easily plan a weekend culinary adventure by simply visiting her restaurants in between a tour of the valley’s terrific wineries. You could even stop at her other eatery, Fog City Diner, located in a building that looks like an Airstream trailer on the San Francisco waterfront on the way up. Visit www.cindypawlcyn.com and www.gofishrestaurant.net for details.

Posted by Dwight the Connoisseur at 6:41 PM