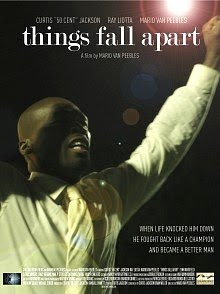 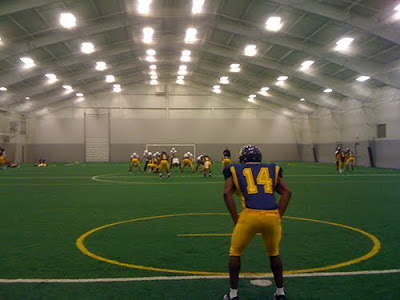 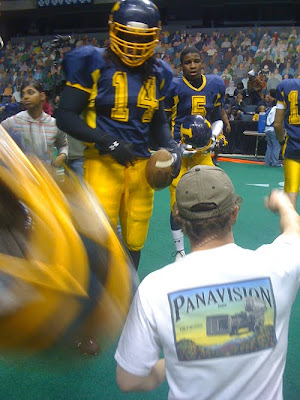 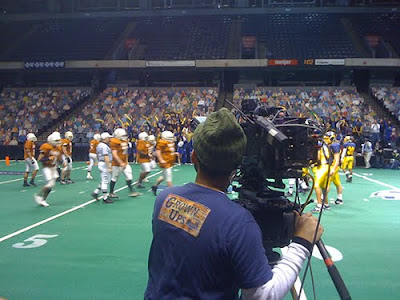 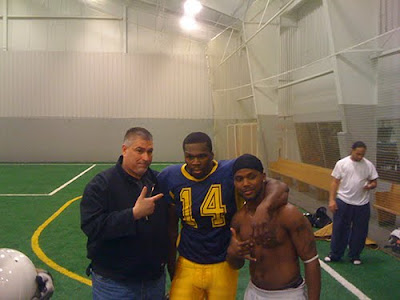 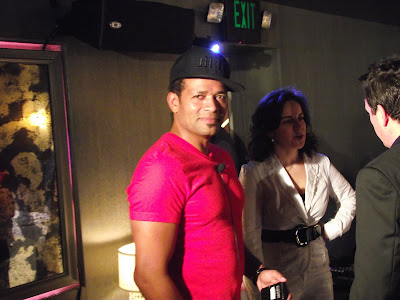 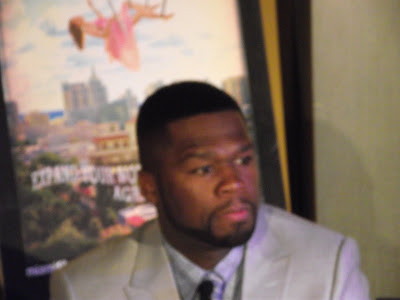 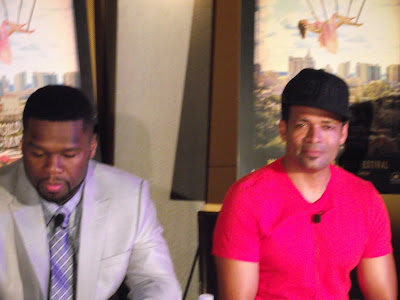 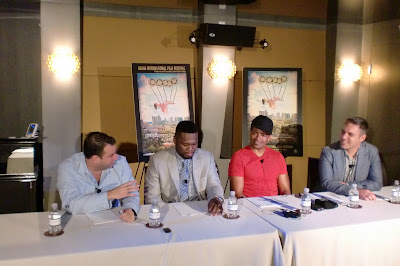 SOUTH BEACH, MIAMI BEACH---The trendy lower level B-Bar at South Beach’s The Betsy boutique hotel on Ocean Drive was the scene of a very intimate news conference that revealed a highly personal side to the world famous rapper/mogul 50 Cent, aka Curtis Jackson.

With actor/director Mario Van Peebles at his side, the two talked about their joint project, the film Things Fall Apart, starring 50 Cent and directed by Mario Van Peebles, which received its world Premiere at the Miami International Film Festival.

“First of all, I couldn’t believe the overall commitment of the brother to this project,” Van Peebles gushed to a packed news conference. “He not only lost 50 pounds to play the part, which caused me to call him “25 Cent” instead of 50 Cent (laughter), but he also wrote his own check in order to play the part.”

The “part” Van Peebles was referring to was 50 Cent’s starring role as Deon Barnes, the University of Michigan football players whose hopes of an NFL career were derailed by a cancer diagnosis. In order to play the role, 50 Cent lost more than 50 pounds to adopt an emaciated look that made him nearly unrecognizable. The shocking transformation and 50 Cent’s ability to deliver a heart-wrenching dramatic performance has turned the heads of those who thought he might have been a lightweight in the acting department.

According to Van Peebles, the rapper’s financial commitment to the project also turned heads within the industry and proved him a “heavyweight.” In addition to writing the script, 50 Cent produced and financed the picture himself through his Cheetah Vision Films production company. Miami’s own Randall Emmett (Rambo, Day of the Dead) also acted as Producer of the film.

50 Cent revealed that he was prompted to make such a personal investment because of the subject matter of the film. “I had a cousin who was diagnosed with cancer, who later died. I can’t begin to tell you the personal cost to the family, friends and everyone around in the community caused by this disease. It was something that really moved me and made me say to myself that this story had to be told, no matter what it costs.”

“Things Fall Apart” received its World Premiere at the Gusman Center to rave reivews at the Miami International Film Festival, which runs through March 13. For tickets and film schedule, visit www.miamifilmfestival.com.

Posted by Dwight the Connoisseur at 2:00 PM