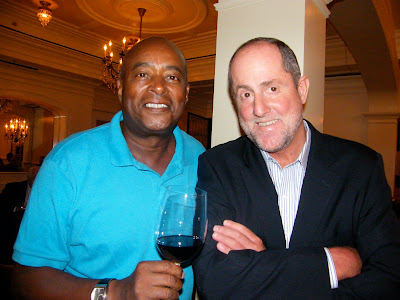 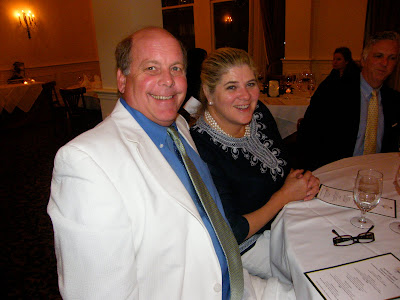 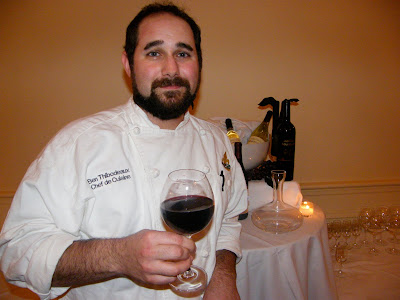 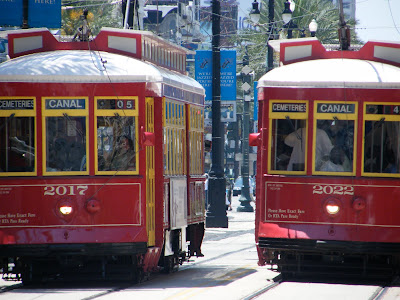 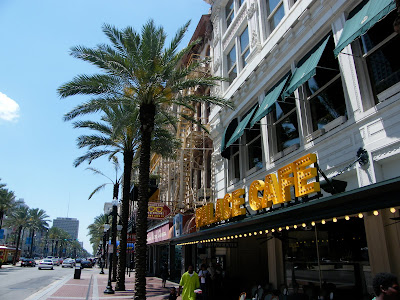 A full moon nestled over the gentle clang of streetcars sliding beneath the canopy of drooping aged Palms on New Orleans’ Canal Street, outside Dickie Brennan’s Palm Café. The restaurant, located in a former piano showroom still is dominated by the sweeping staircase and vaulted ceilings that once rang with the sound of Steinway’s, Baldwin’s and Boesendorfer’s. The huge upstairs dining room, which tonight was the scene of a New Orleans Wine and Food Experience Vintner Dinner, which featured Markham Vineyard President Bryan Del Bondio, and his award-winning wines. Markham Vineyards is one of the first modern-day wineries to make its mark in the chalky foothills of Napa Valley, California.

The setting could not have been more appropriate. Markham Vineyards was founded in 1978 when Bruce Markham arrived in Napa Valley with the idea of creating Bordeaux style wines of unique character and style. His efforts quickly earned him accolades, including three number one ratings from the prestigious Wine Spectator. I sought out Bruce during those early days to host the first Winemaker Dinner, in a series that I hosted at the Victorian Inn in San Francisco’s historic Pacific Heights neighborhood. His presentation to a select group of winemakers and wine writers was notable for the stellar quality of the wines and their adaptability to various cuisines.

Bruce sold the winery to Mercian Corporation 23 years ago, and embarked on a massive expansion program and vineyard replanting program that resulted in the winery increasing production from 3,500 to 20,000 cases and producing three of the number-one rated wines from California, as judged by Wine Spectator magazine. Sadly, Bruce passed away about 10 years ago, but the winery continues to produce outstanding wine under Bryan Del Bondio’s leadership.

The location of the Palace Café just at the edge of the French Quarter, where the famed ‘streetcar named Desire’ reaches its final destination, could not be more rife with legend, both based in fact and fiction. The sounds of a classical guitar added to the ambiance of the evening, which was enhanced by both the wines and the outstanding cuisine of Chef de Cuisine Ben Thibodeaux.

The Chef’s Amuse of Ghost Pepper Caviar Tapas arrived with a generous pouring of Markham Sauvignon Blanc Napa Valley 2008 ($15). The wine has the flavors of ripe tangerines and a distinctive floral nose that almost gives it a perfume characteristic. It almost crackles with Caribbean flavors that made the pepper on the caviar sing.

I had already sneaked ahead and drank the delicious 2008 Napa Valley Chardonnay (an unbelievable $18). You could easily find half the wine at twice the price! Lush and full-bodied with just a hint of oak, this is a perfect food wine paired imaginatively with Pecan-smoked Sweetbreads, accompanied by crawfish, arugula and white beans. This is where the true soul of a chef, steeped in the local Creole culture and fully aware of the flavor bounty of local ingredients, begins to shine. The dish was a masterpiece of mouth-filling, satisfying flavors. It had that comfort food quality that the Japanese call “umami”. Why bother with Mac n’ cheese when you can have something so supremely delicious. The dish was both simple, yet complex. The flavors, especially with the ‘kick’ of the bittersweet arugula and the soft mineral quality of the white beans made it a perfect accompaniment.

I was so enthralled by the flavors of the 2002 Napa Valley Reserve Merlot ($42) that I didn’t even bother to have it with a bite of food. In fact, it was a long time before I lifted my fork to dive into the Wagyu Beef Carpaccio that arrived, along with the stellar 2004 Napa Valley Petite Sirah. This is a wine that was once the ‘king’ of California wines, but fell out of favor in modern times to more consumer-friendly varietals such as Cabernet and Chardonnay. The finicky Petite Sirah grape in the right hands can produce an extraordinary wine that rivals anything produced in the Rhone Valley of France. This is precisely the aim of the folks at Markham and the have accomplished their mission with accuracy.

I was so full that by the time the Lamb Loin course arrived, I was content to sip the 2006 Altruist Cabernet Sauvignon Calistoga Estate Vineyard, accompanied only by the sounds of the guitarist, who was just at my right shoulder. Looking out of the window to see the glow of the gaslight shaped street lights cast over the marble columns of Canal Streets historic buildings, I was overwhelmed by the sense of history and the unique place that New Orleans and its cuisine occupies in the nation. What a singular privilege to be able to dine in such an august locale which tasting some of the best wine that America has to offer.

Posted by Dwight the Connoisseur at 6:57 AM