The Pelican Club, New Orleans-A Chef expresses his artful side 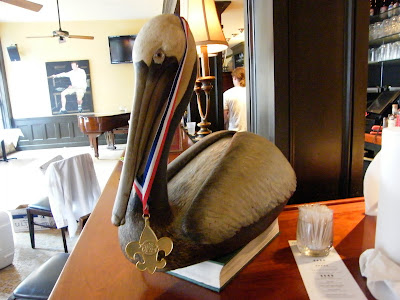 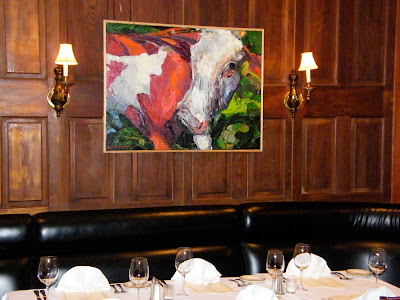 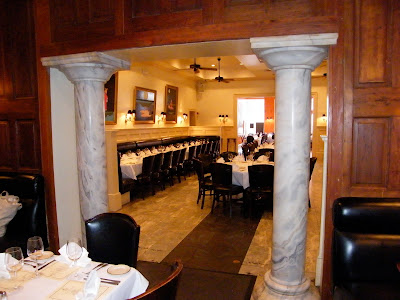 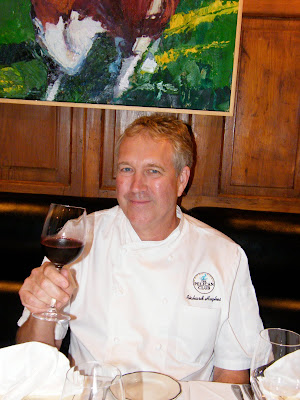 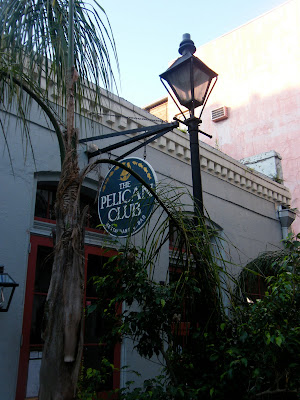 When Richard Hughes came to New Orleans from New York City, he was totally burned out on the restaurant business and desperately wanted a change. That was until he and his wife Jean Stinnett-Hughes happened upon a neglected architectural gem of a 19th Century townhouse along a cobblestone alley in the French Quarter.

“It was like something out of an old movie,” Hughes told me over a glass of Hoag Sauvignon Blanc one sun-drenched late spring evening. “The high ceilings and large rooms seemed to cry out for art, so we’ve turned it into a sort of restaurant and art gallery where we feature a constantly changing showcase for local artists.”

The food, an eclectic mix of New Orleans favorites tinged with an Asian flair, thanks to the influence of Chef du Cuisine Chin Ling, speaks to the artistic flair of the owner and his proclivity toward whimsy.

“We really like to stick to the basics, in terms of ingredients, but what we do with them is entirely our own. We like to put our individual stamp on a dish.” That may explain why, within minutes of my arrival, the restaurant was packed with diners, many of them large, out-of-town groups who had come to the restaurant as recognition of its unique place in the French Quarter culinary firmament. It is the headquarters of its own, unique genre, best described as Asian Cajun.

Pelican Club Baked Oysters are a must-have with their garnishment of Apple-smoked bacon and roasted red peppers, which gives it a layered flavoring of smoke and piquancy from the peppers. The smell of roasted garlic in the Parmesan and herb butter sauce adds to the aroma, making it a perfect companion for the Hoag Riesling of Washington State’s Columbia Valley 2006 ($15). The cool climate and sandy loam soils of the Columbia Valley could not more approximate the wind-swept sediment of France’s Loire Valley. Intense fruit of dried apricot and tangerine flavors balanced with a crisp acidity to frame the oysters and with a refreshing background note that made their mineral astringency stand out in bas-relief.

I skipped the usual salad and moved straight into a pair of Pelican staples; Trio of Duckling, featuring Leg Confit, a pan-seared breast of Muscovy Duck (and here’s where the ‘Asian Cajun’ twist comes in) a healthy slice of BBQ duck in spicy Louisiana citrus sauce with down-home Dirty Rice. The collision of flavors played like a Line Band on the tongue and melded perfectly with the Duckhorn Vineyards Three Palms Vineyard Napa Valley Merlot ($79.99). There just isn’t a better Merlot to be had anywhere. This is the first Merlot I’ve had that treats the grape as a true varietal, not just as a ‘blending grape’ as so many wineries do. It is extraordinarily rich, tannic and dry and can stand up to some Asian spice with its flavors of cherries, blackberries and plums. The back note of black pepper worked perfectly with the next course, a real standout, Black Angus Ribeye with crispy fried onions, a unique twist and truly outstanding Truffle mashed potatoes that prompted a call for seconds.

I’m an absolute sucker for Crème Brulee and have to try it at almost every restaurant I dine in New Orleans. Pelican Club has one of the best, flavored with Vanilla Bean and Brandy. Bourbon Pecan Pie with Vanilla ice cream was my second choice. I turned back to Hoag and their outstanding 2008 Late Harvest Riesling (an absolute steal at $7.65) with its orange, apricot and powdered sugar flavors that remind one of a freshly baked Fuji apple. It could almost stand alone as a dessert, but the Pelican makes such wonderful desserts in house that its almost a requirement that, like a good afternoon of baseball, its important to “play two.”

Strolling along the cobblestone street under the full moon back to the nearby Hotel Monteleone, I felt that I had partaken in the perfect New Orleans dining experience. If the Pelican Club had been around when the great Tennessee Williams stayed at the Monteleone way back when, he might have been inspired to write about it in one of his steamy novels. I can imagine Blanche DuBois sitting in one of the restaurants rich, dark leather banquettes, swirling a Sazerac cocktail and launching into a drunken diatribe over a plate of Oysters Rockefeller. A human work of art among the artifacts and artful plates of the Pelican Club!

Posted by Dwight the Connoisseur at 12:45 AM