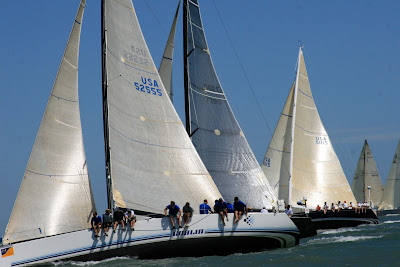 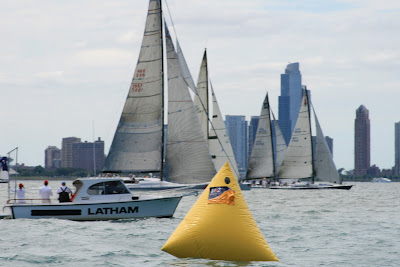 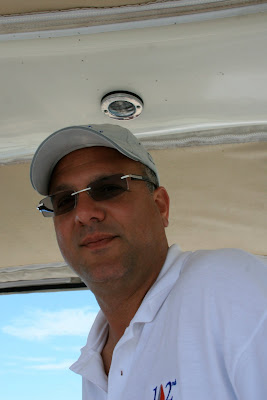 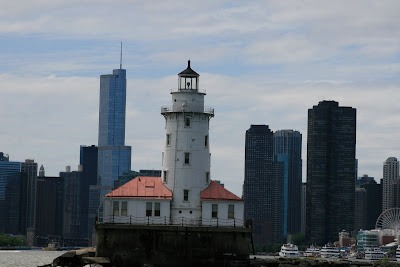 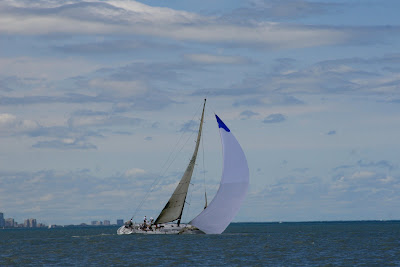 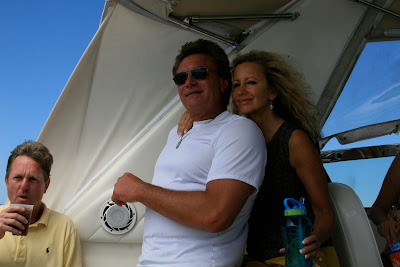 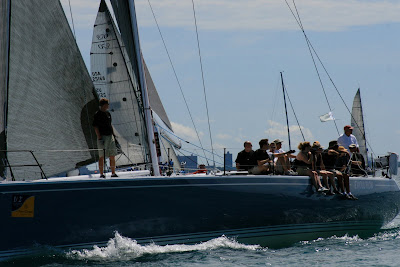 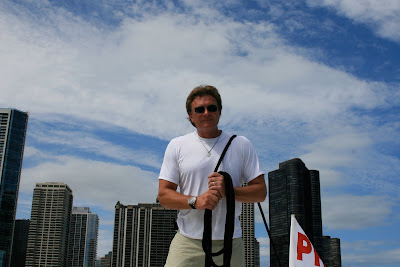 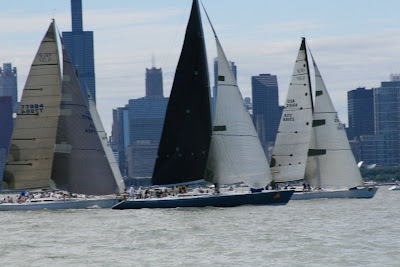 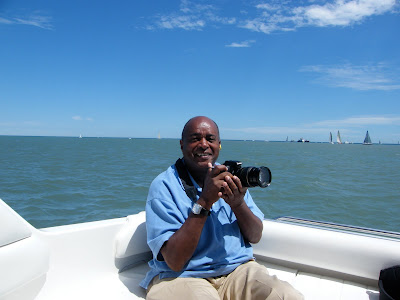 Monroe Station, Chicago-What started as a morning of intense storms and flooding segued into a day of sun-drenched, blue-skied splendor as the 102nd running of the Chicago Yacht Club Race to Mackinac, presented by Veuve Clicquot got under way.

The start went off without a hitch in spite of the soggy weather, but some of the more than 350 boats left the starting line lighter than expected, because some of their crewmembers failed to make the start of the race due to transportation problems caused by flooding. “Several boats had crew due to arrive from Michigan that morning, “ said Race Coordinator Amanda Matta. “Due to flooding on the tracks, trains were shut down and they were unable to make the race.”

With unpredictable wind and weather conditions lying await along the 333 mile route across Lake Michigan to Mackinac Island, some of the skippers may be grateful for the lighter than expected load.

The intense weather caused this reporter to almost miss the departure of the last press boat to leave Monroe Station for the starting line. Taking a daring leap off the dock and landing with paratrooper precision on the afterdeck of the Soggy Dollar out of Diversy Harbor, I made it just in time to witness the last three starts of the day, which featured some of the biggest and most colorful boats in the race.

Skipper Mike Ramo welcomed me aboard and instantly regaled me with the tale of the story behind the name the “Soggy Dollar.”

The boat is named for our favorite bar in the Bahamas. There are no docks there, so you have to tie tour boat up to a buoy, stick a few dollars in your trunks and swim to the bar on shore. They hang a clothesline outside where they pin the dollars up to dry. Hence the name. It just seemed like a good idea to name the boat for it!”

The Heineken, Mount Gay and Veuve Clicquot flowed amongst the motley crew of writers, photographers and hangers-on as we made our way to the yellow inflated buoys that comprised the starting line. As the gun went off at ten- minute intervals, the crews went their maneuvers with almost military precision, rounding up and dropping sail to eject a plume of color in the form of a spinnaker sail. They glided off into the horizon, with images of the Trump Tower and the Ferris wheel at Navy Pier fading into the distance. It was a glorious start to one of the most historic and legend-filled races in all regatta history.

Weather remained a factor over the several days of the race. The public could track the boats on their laptops by going to www.cycracetomackinac.com.

Posted by Dwight the Connoisseur at 11:02 PM