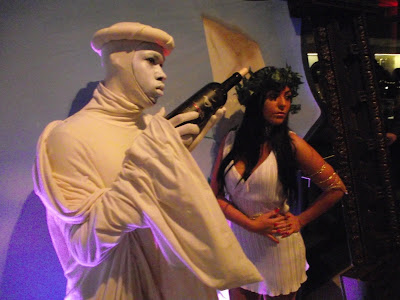 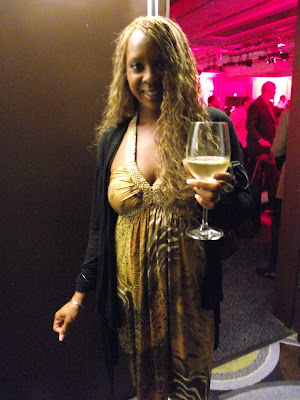 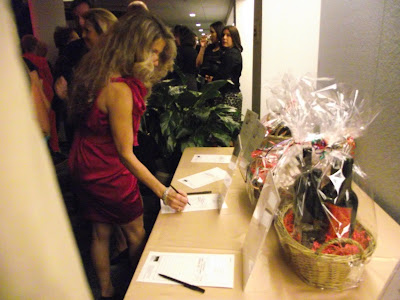 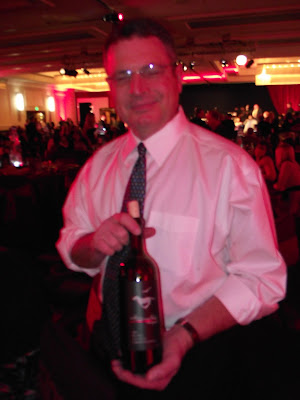 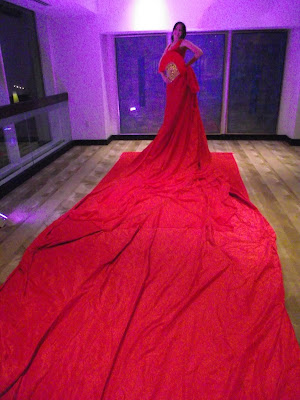 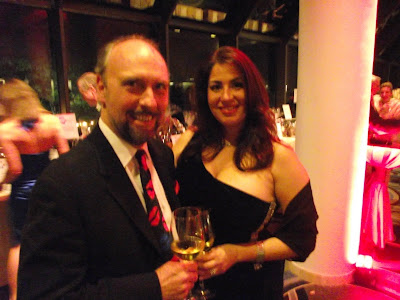 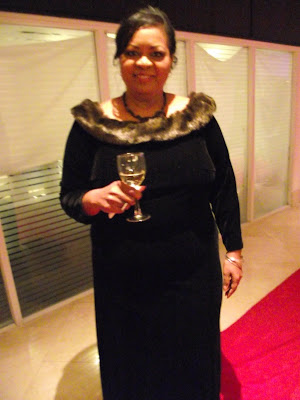 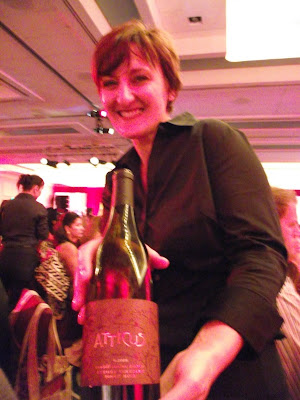 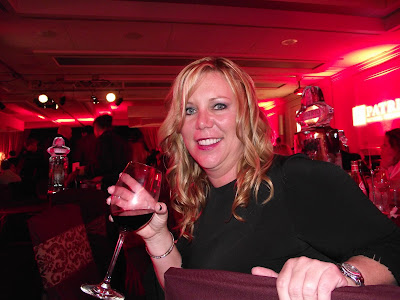 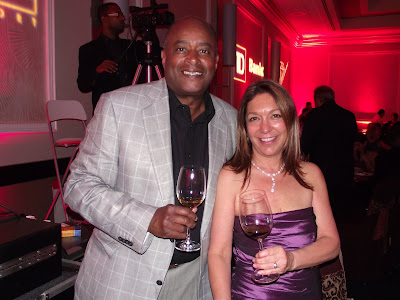 Fort Lauderdale, Florida—Tasting 600 of the finest wines produced in the United States was just one of the highlights of the 4th Annual American Fine Wine Competition 2011 Gala Dinner held at the luxurious, port-side Hyatt Regency Pier Sixty-Six in this paradise of a city near Miami. A wine-inspired four-course dinner, prepared by the Hyatt’s expert culinary team, featured “Wine Angels” who poured tableside. Many of them were the actual winemakers and winery owners who were happy to expound on the virtues of their award-winning wines.

The menu, presented by Miguel Santiago and Gregory McGowan, the Hyatt’s Executive Chef team, featured a variety of tropically inspired delicacies that brought out the perfume, floral and herbal essences of the wines.

Shari Gherman, President of the American Fine Wine Competition, circulated among the tables of the sold-out event, which was attended by about a thousand people, perhaps the greatest turnout in the event’s history. “This competition and the gala were created not only with the idea of providing a showcase and raising awareness of the hundreds of amazing wines produced here in the United States, but to raise money to support two very important charities.”

Sun Sentinel Children’s Fund, which over the past decade has raised over $40 million to support charities in the South Florida area and Diabetic Research Institute, DRI. A portion of the ticket sales and the live auction and 100% of the silent auction proceeds benefits the two charities.

Patriot National Insurance Group, the Presenting Sponsor for the second year in a row, and a supporting sponsor since the event’s inception, put their unique stamp on the event, with expertly designed ice-sculptures displaying the company’s logo and encasing a bottle of wine. It was an artistic touch that added to the elegance of the evening. Patriot President and CEO, Steven Mariano, acting as the evening’s host, quoted legendary American winemaker Robert Mondavi, saying “Wine to me is passion. It’s family and friends. Its warmth of heart and generosity of spirit. Wine is art. It’s culture. It’s the essence of civilization and the art of living. Guest emcee Alan Kalter, announcer for The Late Show with David Letterman escaped the chilly climes of his Connecticut home to lend his humor and charm to the proceedings. Entertainment ranged from the smooth jazz sounds of Dayve Stewart & the Vibe to the soulful Motown Sounds of Temptations singer Richard Street and his new ‘Temptations’ Band. A highlight of the evening and a real draw for live auction bidders was the performance art of Michael Israel, who creates electrifying images of Marilyn Monroe, John Lennon and Bruce Springsteen to the rhythms of rock. Michael has raised thousands for worthwhile charities around the world and has performed lived before arena-sized audiences. His performance art has been called Cirque du Soleil meets Picasso.

Some of the wines that I tasted at the Gala were truly outstanding. Silver Medal winner Sokol Blosser 2008 Dundee Hills Oregon Pinot Noir $38) had all of the sophisticated, sun-bright fruit character that Oregon Pinot in known for. It had exceptional fruit and a delicate balance of flavor that made for a satisfying sensation on the palate.

Gold Medal winner Hartwell Vineyards 2007 Miste Hill Cabernet Sauvignon ($60) from Napa Valley’s Stags Leap District is truly the connoisseur’s choice. First of all, 2007 was a banner year for Bordeaux varietals in the Napa Valley. Hartwell’s winemakers culled the fruit to achieve maximum concentration, resulting in a wine that is rich in jammy fruit, grenadine and with coffee and caramel overtones. It went fantastically with the Malbec braised beef short ribs in the main course.

I next sampled wines from the Willamette Valley in Oregon, starting with Silver Medal winner Atticus Wine 2007 Pinot Noir from Yamhill, Oregon. I was actually poured the wine by one of the owners, Freda Porter, an absolutely lovely, dark-haired beauty who is native to one of the my favorite cities in the world, Galway, Ireland. Galway is an ancient seafaring capitol that is a real artistic and culinary find. Each July, they hold one of the best Arts Festivals in Europe. Freda studied culinary arts and winemaking in Italy and Greece and has become a culinary master at combining the cuisines of Greece with her Celtic roots. Our conversation, though brief, was illuminating and made me want to arrange a trip to the winery and the region to learn more.

“We made only 150 cases of this wine,” Freda told me as she poured the ruby-colored wine into my glass. “This may be your only opportunity to taste it, unless you go to a restaurant that has it on their wine list. You may be able to get a case or two online.” I can see why the wine is sold out. It is an elegant blend of handpicked grapes from the Yamhill Springs Vineyard. Subtle aromas of raspberry, jasmine and pomegranate suffuse the wine. It is delicate on the palate, yet deeply expressive. I tasted the Hawaiian Blue Prawns along with the wine, but stopped eating the food in deference to the lingering, bright cherry finish of the wine. It was truly one of the pleasures of the evening.

One of the more interesting encounters of the evening was with the wine, Cubanisimo Vineyards 2008 Estate Pinot Noir ($30), also from the Willamette Valley. The name prompted my guest, who is of Cuban heritage, to enquire about the origin of the owners. It turns out that the owner and founder, Dr. Mauricio Collada, is a native of Havana. He came to Miami with his family in the ‘60s to escape the Castro regime and became fascinated with making wines at home from local fruit. His passion for wine continued as he pursued his medical degree at the University of Miami in Florida. After completing his neurosurgery residency, he moved to Oregon and became entranced with the Willamette Valley and its Pinot Noirs. It was an easy decision to purchase the 21-acre parcel in Eola-Amity Hills in the Willamette Valley that would become Cubanisimo Vineyards. The name, by the way, means “very Cuban.”

I finished the evening with some luscious dessert wine from the Hawk and Horse Vineyards of Calistoga, California. General Manager Mitch Hawkins poured a glass of the 2006 Red Hills Latigo Cabernet Sauvignon Dessert Wine ($45 375 ml, $85 750ml). “This is for all intensive purposes and ‘Icewine,’” he explained. I told him I had recently visited the Icewine vineyards of Niagara-on-the-Lake in Canada. “If you’ve had those Icewines, then you’ll really appreciate what we’re doing in Lake County,”

The wine had a delicious dark chocolate flavor with his of dark cherries and currants. It had a luscious, silky mouth-feel that completely overshadowed the ginger and lemon grass-infused Crème Brulee served for dessert. The wine is complete in and of itself. It needed no accompaniment. Bravo, Mitch!

Posted by Dwight the Connoisseur at 9:12 AM