Inniskillin Winery: Journey to the "Holy Grail" of Icewine 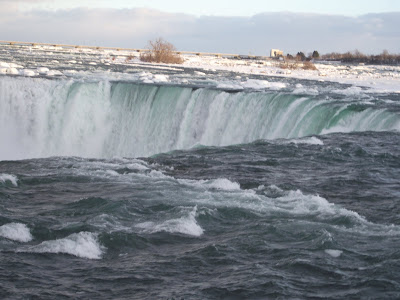 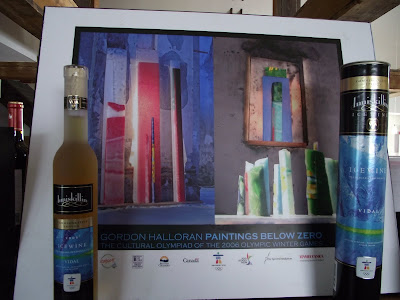 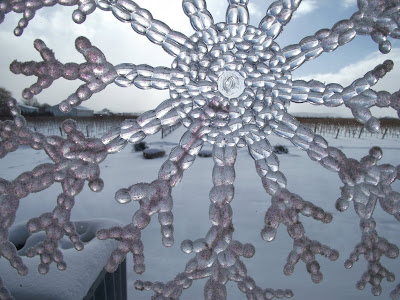 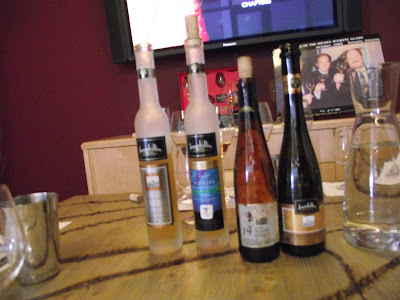 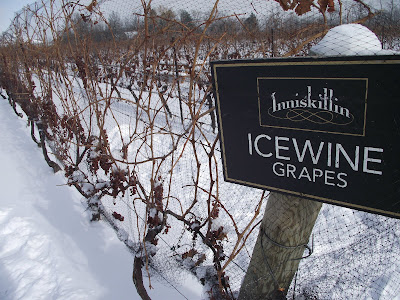 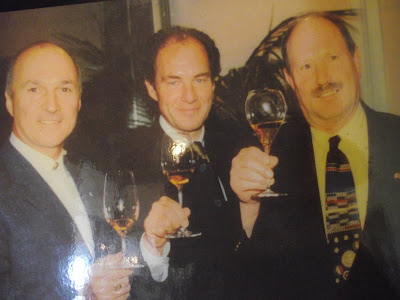 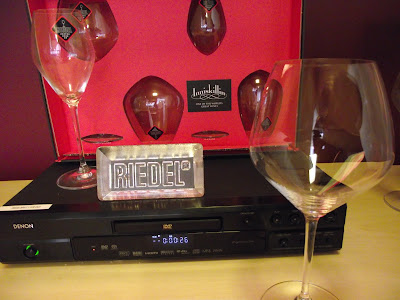 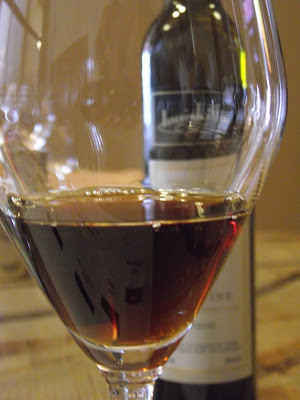 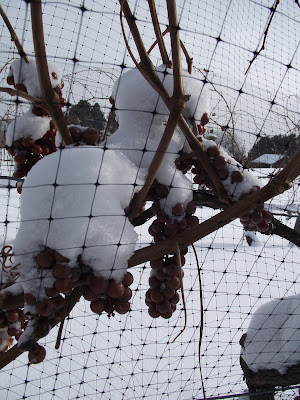 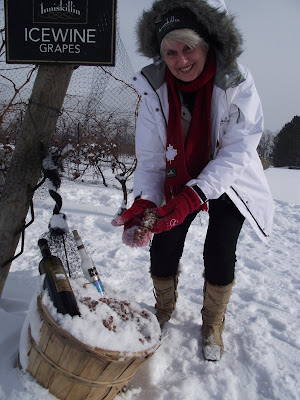 
Niagara-on-the-Lake, Ontario, Canada—A visit to Inniskillin Wines in this winter wonderland on Canada’s Niagara Peninsula is likened to a pilgrimage to the Holy Grail of Icewine. It is here that two of the founding fathers of Canadian Wine, Karl Kaiser, an Austrian-born chemist, and Donald Ziraldo, a young Italian Canadian agriculture graduate, sought to break new ground by producing premium wine from the grapes developed in the unique growing conditions of the Niagara Peninsula.

Icewine has its roots in Germany and other parts of Europe. In an area like Chicago land, with its large German-American population, memories of the liquid delicacy linger. The popularity of Icewine, and the Inniskillin brand, which is readily available at local fine wine shops, is particularly so during holidays. The approach of Valentine’s Day draws particular attention to Icewine as a seductive gift for a loved one.

On July 31 1975, Inniskillin Wines was incorporated and Kaiser and Ziraldo were granted the first winery license in Ontario, Canada since prohibition. The two quickly dazzled the wine-producing world with their superior winemaking techniques. Their unique approach was embodied in their early mission statement-“Inniskllin: Not so much bound by tradition as inspired by it.”

That inauspicious beginning belies the accolades that later followed. It was the first Canadian wine to win a gold medal at the 1986 InterVin International competition in Toronto. Five years later, the world began beating a path to Inniskillin’s door when, in 1991, it won the prestigious Grand Prix d’ Honneur at Bordeaux’s Vinexpo, the first truly significant international medal won by any Canadian winery.

The Riedel Room is the focus of a behind-the-scenes tasting at the Inniskillin Winery Estate for a small group of visiting U.S. journalists, in town for the Icewine Festival in downtown Niagara-on-the-Lake. Our host, Deborah Pratt is the Winery Public Relations Manager and our tasting guide.

“The first thing to notice is the table where we’ll conduct our tasting. It’s made from the actual floor of the Riedel glass factory.” The wood bears the varicose vein grooves left by the thin, residual stream of hot, molten glass that is the stigmata of the glass blower’s art.

“You’ll notice the difference in the aroma and the taste of the Icewine when you place it in the Riedel glass,” Pratt intoned to the eager gathering. “You can readily see how the Riedel glass focuses the aroma of the wine. You’ll also begin to realize the complexity of its flavors. One of the common misconceptions about Icewine is that it is simply a sweet wine. Because of its acidity, the sugars in the wine are balanced so that they don’t overpower the flavor. What you have is a wine that produces a kind of pucker at the sides of the mouth, which is the experience of the acidity. Then the flavors start to reveal themselves on the tongue and at the back of the throat.”

Icewine is unique in that it stands alone as an aperitif, but it also pairs well with food. A taste of delicious Ermite cheese, a slightly piquant, salty blue-veined Canadian cheese, or a creamy lobe of foie gras reveals a kaleidoscope of flavors inherent in Icewine. Ermite is the Canadian alternative to Danish Blue cheese and is distinctive because of its strong sharp bite, tang and salt qualities. Surprisingly, it is the perfect foil to Icewine, creating a kind of Yin and Yang flavor contrast, not unlike the ‘sweet/sour’ vernacular of Asian cuisine.

“The unique characteristic of Icewine is its naturally high acidity,” Pratt continued, “which is a direct function of its cool-climate viticulture region. Its intense and complex sugars, created by the natural freezing process, make it a unique taste experience and a truly great wine.”

Pratt is uniquely qualified to speak on behalf of Inniskillin wines. She first joined the winery over 30 years ago, trading in a career in teaching to become the winery’s spokesperson, Her unbridled passion for Niagara’s wine and culinary scene has earned her awards recognizing her outstanding contribution to Canada’s wine and tourism industries, including The Ontario Wine Society, Niagara Chapter’s Exceptional Hospitality Award and the Binational Tourism Alliance Summit’s 2008 Women in Tourism Award. She is the creator of the successful “Self-Guided” tour at Inniskillin Niagara.

As Pratt led the tasting experience, it quickly became evident that Icewine varietals have flavors as distinctive as the patterns of individual snowflakes.

Inniskillin Icewine is truly winter’s gift to wine lovers. Harvested at the pinnacle of Canada’s crisp winter, the grapes are naturally frozen on the vine and harvested when the temperature drops well below freezing. Only a few drops of luscious nectar can be squeezed from each bunch. After expertly guiding the precious juice through the fermentation process, it achieves a rich and alluring quality that is enhanced by the experience of drinking it in the Riedel Vinum Extreme Icewine glass.

Inniskillin Vidal Icewine ($66.00 375ML half-bottle) is Oak Aged Gold. Its exquisite fruit flavors, combined with an invigorating acidity offers multiple layers of pleasure that literally dance on the palate. Tropical smells yield to honeycomb and a touch of nutmeg at the back of the throat.

An intermezzo was offered, Inniskillin Sparkling Ice Wine ($69.95 375 ML half-bottle). This is a pure delight that is, understandably, very limited. It is, in a word, sublime. Fresh lime, apricot and grapefruit flavors cascade into a bushel of peach blossoms. There is a scherzo of interplay between sweet and tart flavors with a slight edge of minerality balanced by dried apricots at the back of the throat. The sparkling spritz makes drinking a bracing, vibrant and refreshing experience. It’s an experience that mimics the cascading foam of Niagara Falls.

Inniskillin Cabernet Franc Ice Wine 2007 ($99.99 375 ML half- bottle) is an expressive delicacy that is one of the supreme achievements of the winemaker’s craft. Deep rosewood red in color, it explodes with black currant flavors and a balanced acidity. Its flavors are like the warm kiss of a passionate lover. A hint of African violets greets the nose, and then vanishes. Buy this wine for someone truly special. They’ll never forget you for it. These are just three of the dazzling array of Inniskillin Icewines. For information on more wine varieties, visit www.inniskillin.com.

Posted by Dwight the Connoisseur at 2:24 AM