One of a Kind: Premiere Napa Valley 2011 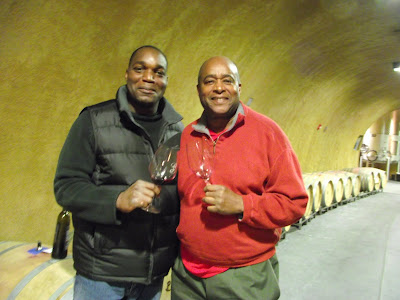 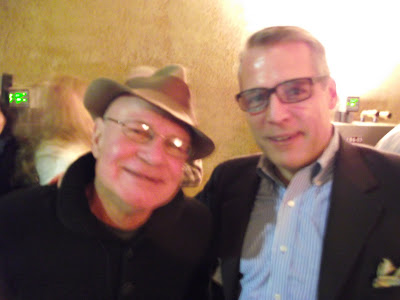 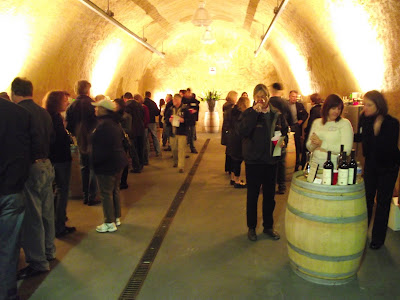 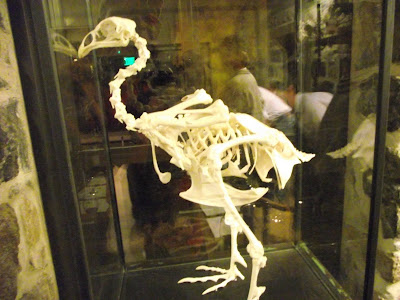 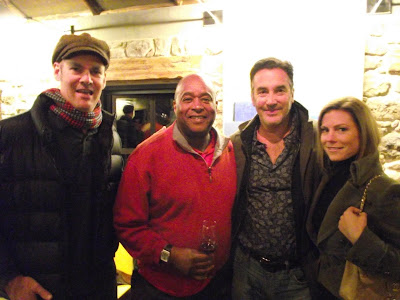 4. An example of fossil art at MA(i)SONRY Napa Valley

Napa, California--Premiere Napa Valley is one of the wine industry’s must-attend gatherings. It is held exclusively for members of the wine trade and press who taste barrel futures of the world’s rarest wines and mix and mingle with the winemakers who crafted them. For the past 14 years, Napa Valley’s top winemakers have auctioned off futures of these ultra-boutique wines to restaurant owners, distributors and private collectors. Because the wines are so rare, and produced in such small quantities, 60 to 240 bottles at most, the wines command top dollar and intense bidding at the annual Premiere Auction. It is truly a one-of-a-kind event.

The same can be said for the personalities behind the wine. They are as individual as the innovative wines they produce. Each winemaker has a pioneering story to tell and a unique aspect to their character. Take winemaker Marbue Marke of Caldwell Collection, for example. He is the only winemaker in the Napa Valley of African decent. Born in Sierra Leone, he studied at UC Davis and after matriculating in the cellars at the likes of Benziger (Associate Winemaker under Joe Benziger), is now the Director of Winemaking for Caldwell Vineyard and Winery. Founder John Caldwell, whose story of how he smuggled French Bordeaux clones into the Napa Valley reads like the script to an Indiana Jones sequel, said of Marke, ”he’s without question the best winemaker in the Napa Valley. It’s a shame that he is also one of the few winemakers of color in the entire valley. I wish there were many more like him. His intuition is astounding. He’s brought a sense of excitement and innovation to the process of winemaking that has really pushed our efforts at Caldwell to a higher level. Marbue is part of what propels the Napa Valley and the Coombsville Appellation in particular into the forefront of the world’s wine-producing stage.”

Caldwell, who bears a striking resemblance to Hugh Hefner, spoke of his adventures at a Preview sampling of Coombsville Premiere Napa Barrel Lots in the expansive 20,000 square foot caves of Porter Family Vineyards. It seemed an appropriate setting to recount the harrowing crusade of how he single-handedly became the first Californian to discover and import rootstocks and grapevine clones from France, which are now referred to as “Caldwell Clones.” His Bordeaux-style vineyards, nestled amidst the rolling foothills of the Coombsville District have set an industry standard for Bordeaux-style vineyards and are the bedrock for his signature wines, “Gold”, “Silver”, and “Rocket Science”. The new varietals collection represents the culmination of his work over the past quarter century.

Similarly, winemaker Bob Biale of Robert Biale Vineyards is a one-of-a-kind winemaker, who sees himself as, in his words, “a preservationist.” His winery produces 17 varieties of Zinfandel, a grape he considers to be near extinct in the Napa Valley. “Zinfandel was once one of the signature grapes of the Napa Valley, but after its heyday in the ‘70s, it fell out of favor and everyone started ripping it out and planting Cabernet. Cabernet is king in the Napa Valley, but there are still a few of us who believe in Zinfandel and are determined to give it a home.” His almost zealous devotion to Zinfandel has won him considerable acclaim. Considered, by many, to be a cult figure in the production of Zinfandel, Biale believes that he is upholding a tradition. The Biale family, like many immigrants from Northern Italy, began growing Zinfandel grapes in the Napa Valley in the 1930s. “This is something I inherited from my grandfather. It’s part of my family heritage and an important part of California history. I’m determined not to let it just go by the wayside!”

Biale’s Black Chicken blend is a throwback to the traditional blends made by many immigrant Italian families during “the day.”

“The term ‘Black Chicken’ was a code word people would use when ordering wine off the ‘back porch,’ Biale recoungted with a sly grin. “They would call the farm and rattle off an order for vegetables in Italian and then say, “and add on two black chickens.” What they really meant was that they were ordering a couple of bottles of wine, which was illegal to sell at that time, which was during Prohibition.”

The architecturally stunning space of MA(i)SONRY, a winery collective showroom-cum-art gallery in the quaint little town of Yountville, nestled amongst the vineyards of the valley floor, was the showcase for an elite collection of wines hosted by the owner and winemaker of Blackbird Vineyards.

Michael Polenske, Proprietor of Blackbird Vineyards and Aaron Pott, Winemaker, presided over a tasting of Blackbird’s newest releases and their Barrel Lot offering for the Premiere Napa Auction. The tasting also featured tasting flights from MA(i)SONRY collective wineries Lail Vineyards, featuring their outstanding flagship Cabernet Sauvignon, 2006 Lail Vineyards J. Daniel Cuvee, Juslyn Vineyards 2006 Perry’s Blend and 2005 Spring Mountain Cabernet, among others, Husic Vineyards 2005 Cab and 2008 Chardonnay and 2009 Adagio 100% Vermentino. Nestled amongst the collection of artworks, created from animal fossils and skeletal bones, it made for an eclectic experience of mingling the art of winemaking with the plastic arts. Judging from the feeling of those among the ultra-chic, well-dressed crowd, it was a combination that melded quite well.

Posted by Dwight the Connoisseur at 7:56 AM