Premiere Napa Valley 2011: How little Toto of The Wizard of Oz won the “Oscar” of wine 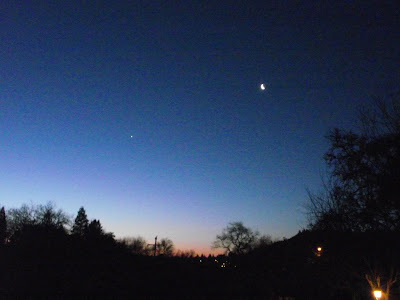 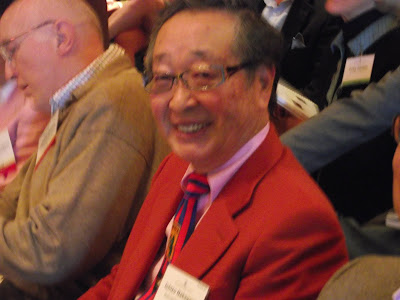 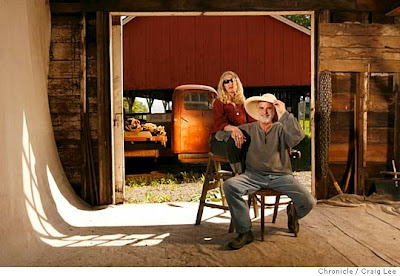 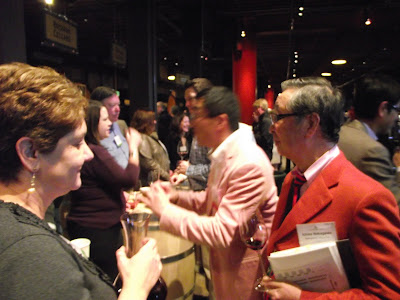 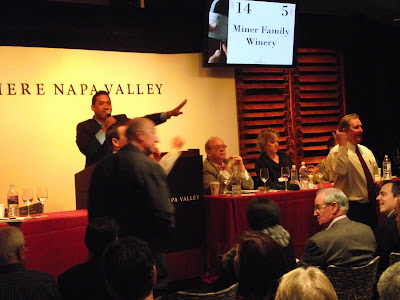 1. Venus and a Half Moon hover over pre-dawn Napa Valley

Napa Valley, California—Venus and an incandescentCrescent moon hung over the dawning skies of the Napa Valley as Premiere Napa Valley 2011 drew to a close.

Celestial events seemed to be an almost daily occurrence, as one of the nation’s preeminent events ended with a record setting crescendo. On the eve of Hollywood’s biggest night, the Academy Awards, a new and unlikely star, with a tangential Hollywood pedigree, rose over the Napa Valley wine horizon like a meteor at the 2011 Premiere Napa Valley Auction of Barrel-Lot Futures.

The sense of drama that preceded the Premiere Auction began to unfold at the early morning barrel tasting in the Hall of Fame room of Greystone, the Culinary Academy of America. Bidders, mostly collectors, distributors and sommeliers in the wine trade, tasted barrel samples of the more than 200 lots that would be offered for bid that afternoon. Bidders and collectors came from across the globe, including London and Tokyo. Already, many of the bidders had started targeting their desired selections and sending word through the grapevine that this would be one of the most contentious auctions ever.

From the opening gavel, that prediction proved to be a self-fulfilling prophecy. Bidding wars escalated to a fever pitch and before the close of the afternoon, a new record-high bid had taken place.

International wine importer Ichizo Nakagawa of Nakagawa Wine Importers of Tokyo, who was last year’s second-highest bidder with his purchase of 13 lots, including Schrader and TOR family vineyards, said he was determined to be this year’s high estbidder, and to obtain the coveted five cases of Scarecrow Wine 2009 Cabernet Sauvignon: Toto’s Opium Dream: Scene II, “no matter what.” Nakagawa shelled out $125,000 for the privilege; setting a new record for what is now the pre-eminent wine auction event in the country. Nakagawa’s bid garnered a standing ovation from the capacity crowd of bidders in the Greystone auction room as auctioneer Fritz Hatton’s gavel came ringing down. In total, the auction brought in $2.4 million dollars to benefit educational and research programs of the Napa Valley Vintner’s Association.

Nakagawa and his entourage hovered near the barrel tasting stand of Scarecrow, talking with winemaker Celia Welch and owners Bret Lopez and his wife Mimi DeBlasio and tasting the luscious French Grand Cru-style wine, crafted by consulting winemaker Celia Welch and Vineyard Manager Michael Wolf, who have been with the project from day one. The wine, which is in limited production, normally sells for about $100 a bottle. Understandably, Scarecrow is now sold out of all their current and past vintages.

The story of Scarecrow wines has its roots in one of Hollywood’s most legendary films, The Wizard of Oz.

The vineyards at Scarecrow were planted by Lopez’s grandfather, Hollywood producer Joseph Judson Cohn, Chief of Production for MGM studios during its heyday and the man responsible for shepherding the film “The Wizard of Oz” to Oscar glory and an honored place in the firmament of Hollywood legend. Born in Harlem, New York in 1895 to Russian immigrant parents and a life of poverty, he rose to become one of Tinsel Town’s biggest moguls.

In 1945, John Daniel Jr., the owner of Inglenook, convinced his then neighbor, J.J. Cohn, to plant 80 acres of Cabernet Sauvignon on his Rutherford property. Cohn had purchased the property as a vacation retreat from the rigors of Hollywood. Until then, Cohn had never considered grape growing, but as word of the premium fruit spread, Cohn became enamored of the idea. In subsequent years, the “Old Men,” as the grape vines of J.J. Cohn have become affectionately known have been sought after by some of the most esteemed names in Napa Valley wine, including Duckhorn, Niebaum-Coppola and Opus One. Lopez named the winery Scarecrow after the loveable character in the Wizard of Oz as homage to his grandfather’s legacy. The wine he made from the grapes, he named after Toto, the little dog that was whisked along by a twister with Dorothy from their humble farm in Kansas to the Land of Oz in his grandfather’s film, The Wizard of Oz.

That Oscar-winning tome has significant resonance in relationship to the winning bid at the Premiere Auction. Little Scarecrow wine has toppled some of the biggest names in Napa Valley to become the most coveted wine in this celebrated region. On the eve of Hollywood’s biggest night, The Academy Awards, it’s a story that has all the makings of an award-winning movie.

Posted by Dwight the Connoisseur at 10:46 AM