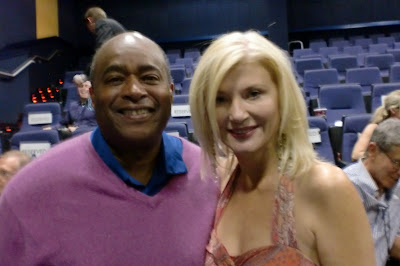 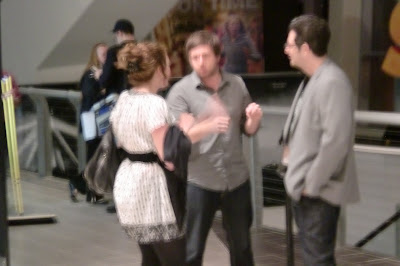 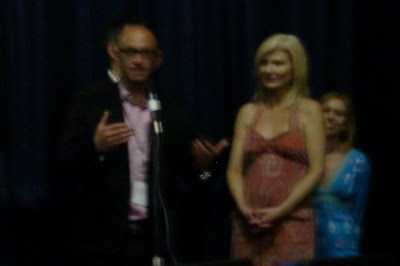 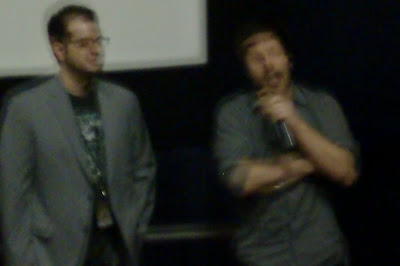 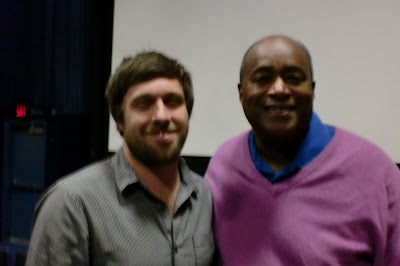 South Beach, Miami Beach, Florida—Picture perfect weather bracket the opening days of the 28th Annual Miami International Film Festival. Screening more than 100 films from 40 countries, the festival is also using its unique location as the U.S. gateway to the Spanish-speaking world to host the Ibero-American film competition, which brings 9 films from Argentina, Columbia, Cuba, Dominican Republic, Guatemala, Mexico, Spain and Uruguay to compete for a $20,000 cash prize from the John S. and James L. Knight Foundation. The festival also features the internationally renowned Encuentros program. Encuentros (Spanish for “encounters”) is the only development program of its kind among U.S. film festivals dedicated exclusively to the development of new Spanish and Portuguese-language cinema targeting U.S. Hispanic audiences.

Day two and three saw a marathon of film-watching from veteran festival goers, many of whom were trading ‘war stories’ of the greatest numbers of films they’ve been able to view among the festival’s multiple venues, including Regal Cinemas in South Beach, the Bill Cosford Cinema center at the University of Miami Memorial Building in nearby Coral Gables, the Tower Theatre in Little Havana near downtown Miami and the Reel Education Seminar Series held at the Festival Headquarters at South Beach’s Royal Palm Hotel, among other venues. The Miami International Film Festival is produced and presented by Miami Dade College.

A cavalcade of stars hovers over the festival horizon as filmmakers from across the globe and the stars of the films mix and mingle with festival attendees at the screenings and at numerous cocktail parties and After Parties at Miami and South Beach’s top poolside lounges and late-night discos and private clubs. Many a participant pointed to their bleary eyes as a red badge of courage, attesting to the number of screenings and parties they had attended in a single day, starting with early morning forums, through a full day of screenings that lasted into the wee hours.

This reporter managed to pack in three consecutive screenings at the jam-packed Regal South Beach, making pit stops for caffeine refuelings at the Nespresso Coffee Lounge just across the way on Lincoln Road, the Rodeo Drive of South Beach.

First up, director Ed Gass-Donnelly’s Gothic character sketch, Small Town Murder Songs. Just over an hour long, the short film packs an emotional wallop. Set in a sleepy Mennonite village in rural Ontario, Canada, the film juxtasupposes the film’s dream-like setting with the emotional storm raging inside the central characters mind and the violent plot point of the film.

The murder of a ten-cent transient hooker and stripper sparks the volcanic eruption of the dark rumblings within small-town police chief Walter’s shady past. The discovery of her body puts him smack in the face of his ex-girlfriend and the unresolved tension of their past relationship and her new boyfriend, a low-life pickup truck driver, played with stomach-quezzing smarminess by Stephen Eric McIntyre (a local Toronto actor and writer best known for his role as Mook on Global/ABC Family’s Falcon Beach, Bug, the morphine crazed addict in Gary Yates’ feature film High Life and numerous cowboy roles, including Lonesome Dove-The Series).

Actor Peter Stormare plays Walter with restrained creepiness. You might remember him as the nihilist with a ferret in The Big Lebowski (“We believe in no-zing, Lebowski!”) or as Slippery Pete in an episode of Seinfeld (“Oh, you mean the holes!”) or as the burnt-out psychopath who stuffs Steve Buscemi into a wood chipper in the film, Fargo. Walter‘s past, including the failed romance with his ex-Rita, his failed attempts at anger management and his strict moral upbringing as a Mennonite, fuels the emotional fires that rage within him.

Walter thinks he can pin the murder on Rita’s new boyfriend, but he’s already compromised the investigation by his repeated stalking of his ex, even though he’s caught her in a bold-faced lie that could implicate her new beau in the murder.

In the end, Walter draws on the turn-the-other-cheek self-sacrifice of his Mennonite faith to bring the truth to light.

A poignant score, by Canadian indie-rock band Bruce Peninsula, mixes Rock of Ages gospel and spiritual themes straight out of the Old Testament with vocals that have a Greek chorus effect, to deliver the moral undertones of the plot. Director Gass-Donnelly uses slow-motion photography to project the suspended animation of the central character’s inner drama and superimposes titles containing statements of Mennonite religious dogma to underscore the deep moral and emotional conflicts experienced by Walter.

It is a powerful film that almost suffocates the viewer with the weight of its moral Sisyphus millstone. The release one feels at its conclusion is like that of a drowning man suddenly breaking through the surface of the stormy waters of life for air.

The second film, Jo For Jonathan, is another Canadian indie film directed by Maxime Giroux, in his second feature film. Made with a budget of just over $90,000, the film is set in the working class community of suburban Montreal, where the director grew up. It depicts the post-teen subculture of street racing, where fast, souped up cars and testosterone-driven swagger are valued above all else.

Jo (an enigmatic Jean-Sebastien Courchesne) lives in the shadow of his older brother, Jonathan (Raphael Lacaille), whom he idolizes. The two live in a world of petty-thief delinquency, cocaine sniffing and illegal street racing. Jonathan is constantly covering for his younger brother’s indiscretions and brushes with street racing bullies. In almost Christ-life self-sacrifice, he makes a deal with the street-racing devil to settle his brother’s debt over a lost race. It, of course, ends in tragedy. The two crash and burn at race’s end. Jo miraculously survives without a scratch. Jonathan is a disfigured, paralytic mess, burned beyond recognition.

“Jo is forced to make a decision. He grapples with the issues of euthanasia and suicide,” director Giroux said in a post-screening discussion at the Regal. “You have to understand that he lives in a culture where how you look, the face you put on, the kind of car you drive, these are things that define who you are. Even though the story is set in Canada, its really what America’s is all about, when you think about it. People judge you by how you look. What kind of car you drive. When you look around Miami, all you see are people driving around in fancy cars saying ‘Look at me. This is who I am.’ It’s sad!”

The character of Jo displays almost-kinetic powers over the physical objects around him. He levitates glasses, wads of money and grasps hot light bulbs without experiencing pain. “He wants to somehow make sense out of his ability to survive all of this violence. He grabs the hot bulb and tries to manipulate the physical things around him just to confirm the reality of his inner being. It’s a mystery to him how he survived that crash unhurt, so he has to constantly connect with something. In the end, he has to discard and destroy the things around him that he worships the most, in order to find himself. That includes his own brother” Giroux theorizes.

The nightcap was the World Premiere of a rollicking farce, 818, by director Robert Lee King (Psycho Beach Party). The dark comedy features an ensemble cast of sparkling actors, headed by comedic veteran Beth Broderick (Bonfire of the Vanities, Lost and Sabrina the Teenage Witch), who was present, along with the director and producers at the South Beach premiere screening.

Bernie, not surprisingly, winds up mysteriously killed after he joins a cult and decides to squander the family fortune. The ridiculous world of San Fernando Valley excess (hence the 818 area code designation) is epitomized by the family business of selling overpriced home appliances and lead character Broderick/Rampart-Pillage’s desperate attempts to reclaim her storied past at all costs. It made for an adrenaline-pumping, laugh-filled conclusion to an exhausting day of worshipping at the altar of the Big Screen!

For more on the Miami International Film Festival, visit www.miamifilmfestival.com.

Posted by Dwight the Connoisseur at 6:44 AM