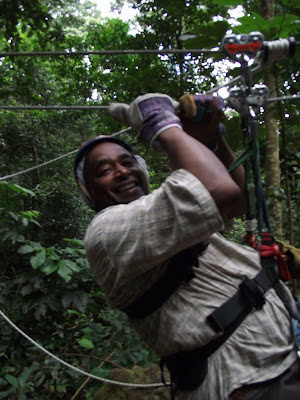 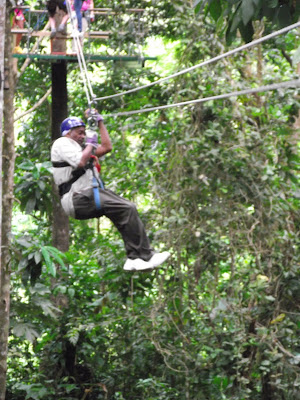 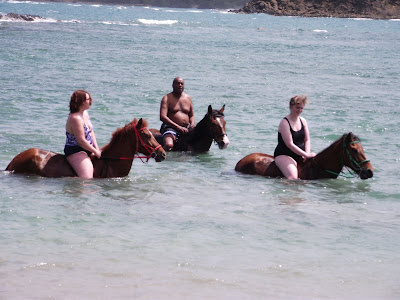 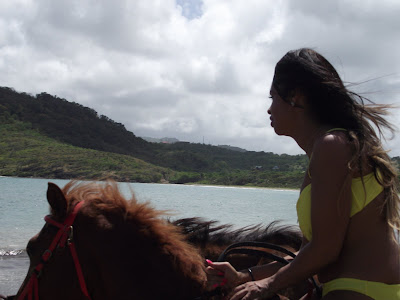 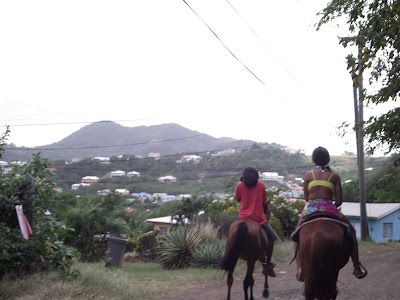 Castries, St. Lucia, W.I.--A bright tropical sun burst through the post-Hurricane Tomas clouds, as I awakened, brushing the Hibiscus petals from my face, that had been strewn Honeymoon-style throughout my luxury suite at the Royal St. Lucia by Rex Resorts, overlooking the Caribbean Sea. This was the first day of an adventure travel excursion billed as "ZUMBA, St. Lucia," a high energy, high-octane introduction to this unspoiled treasure.

After a hearty breakfast of Savory Masala Pancakes, a corn cake with a mélange of diced multi-colored mild peppers folded into the batter, English "bangers" (veal and parsley breakfast sausages), and Tamarind juice, a local fruit delicacy, it was off by van along with a group of gung ho travel writers from the UK, up a winding mountain road for a taste of local mass transit, jungle style, on the Rainforest Zip Line. The sound of whirring saws and drills dominated the bumpy ride through the Babonneau District, one of the island's most populous, as we blew past the sight of local residents repairing the damage done to their homes by the recent hurricane.

Nothing in my pre-trip emails from the tour organizers prepared me for what lay ahead. My party was greeted by a cadre of smiling escorts who immediately began outfitting us with helmets and harnesses in preparation for our excursion. The Zip Line is a series of steel guy wires suspended several hundred feet above the rain forest floor. You traverse the forest on harnessed gear, suspended on a triple redundancy system of pulleys attached to the wires. A brief safety instruction precedes a plunge into sheer terror. After a few minutes of explication, we were hooked into the harness, clipped to the guy wire and pushed, free-fall, into the abyss.

The initial experience was heart stopping. It was absolutely the most frightening thing I had ever done, and that includes sky-diving! Believe it or not, somehow the forest floor looming below you seems more scary that jumping out of a plane. It seems that any moment, something is going to leap up and swallow you whole. A giant mosquito that sounded like a 757 buzzing around my head, confirmed the feeling.

I was deathly afraid, yet, at the same time I experienced the most exhilarating joy I'd ever felt.

We soared, jumped and plunged our way through one of the world's most famous ecological treasures, the Tropical Rain Forest, in a style that would make even the great adventure writer Robert Louis Stevenson's heart stop!

After just over an hour of soaring through the Rain Forest, it was back down the mountain for a short ride to the other side of the island and a visit to the International Pony Club at Cotton Bay. The rather unassuming horse ranch in the foothills of a semi-rural community, with scattered chickens and guinea hens and brightly colored, but weathered bungalows clinging to the hillside, turned out to be the location of a rather exquisite adventure, a ride along the beach and into the pounding surf on horseback!

I'd worn absolutely the wrong shoes, a pair of blunt toed runners, but I managed to wiggle my feet into the stirrups as I hoisted myself, most ungracefully, I might add, atop my reluctant mount. My horse, Lemon drop, turned out to be the most lackluster of the bunch, but once we got down the rather tedious hill and reached the beach, she seemed to perk up.

Posted by Dwight the Connoisseur at 8:45 AM