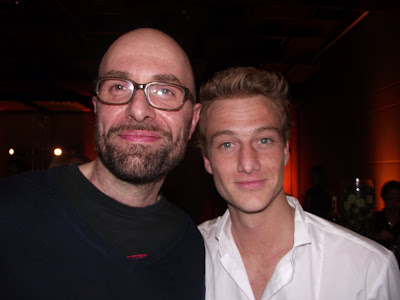 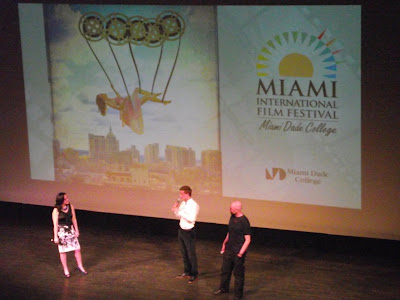 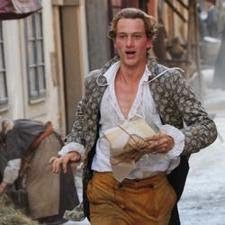 MIAMI-‘The book that launched a thousand suicides’, is perhaps how Germany’s most celebrated author, Johann Wolfgang von Goethe is remembered in the annals of history. His first book, The Sorrows of Young Werther, made him an international celebrity in a time when such fame was rare. German Director Philipp Stolzl (the mountain film North Face) delivers a sensitively drawn portrait that details the formative, young adult years of this supreme genius of modern German literature in the film Young Goethe In Love, which received its East Coast Premiere at the Miami International Film Festival. Starring Alexander Fehling (Inglorious Basterds) as the burgeoning young poet, the film is a glorious representation of the fine art of cinema.

Each frame of Young Goethe In Love is like a carefully drawn portrait. The exteriors look like the Impressionistic paintings of Renoir. The interiors, set in the German countryside of the mid-18th Century, resemble Rembrandt’s burnished earth tone and pewter images. “We took hundreds of old paintings and put them on the wall in order to establish the ‘look’ of the film,” director Stolzl told me in a later interview. “We wanted to make sure that the film had an authentic feel.” By every standard, he achieved his goal and then some.

Alexander Fehling sets just the right tone for his portrayal of the young Goethe, who early on in the film is conflicted between his duties to his family, particularly his autocratic father, who wants Johann to follow in his footsteps and become a successful lawyer, and his love of poetry. Instead of yearning to write legal briefs, the words that burn in his soul speak, not of legalese, but of the lofty aspirations of the human spirit and the search for eternal love. He is smitten with a beautiful young noblewoman, Lotte (Miriam Stein-180 degrees), but quickly finds himself at odds, and literally dueling, with his superior at the law firm where he is an apprentice. His rival, Albert Kestner (the ubiquitous German character actor Moritz Bleibtreu-The Baader Meinhof Complex) also has eyes for her, and has the cash to provide a handsome dowry that will rescue her family from the brink of bankruptcy.

“We admittedly took some liberties with the story,” actor Fehling said of his portrayal. “But everything I put into my role is true to his character. We had to make some adjustments on his appearance, however. From the portraits we saw, Goethe was a very good-looking guy, but he had dark hair. They tried several dark wigs on me, but they just didn’t work. They weren’t ’me.

“There’s also a love scene early in the film, that just didn’t happen in reality,” director Stolzl chimed in. “There were the moral conventions of the time, that just wouldn’t have allowed it. Plus there was the very real fear of disease. Syphilis was rampant at that time, much as HIV/AIDS in our time. Goethe probably didn’t have sex until he was 35 or so!”

The film depicts Goethe in prison for his indiscretions. “That representation is more figurative than real,”Stolzl continued. It represents the period in his life when he struggled with his own ideas and principles in order to find a new voice that would carry him through his lifetime and his career as a writer.”

Besides his initial ‘hit,’ Young Werther, Goethe would go on to write was is considered to be the greatest long poem of European literature, Faust. Goethe was one of the key figures of German literature, but he was a philosopher as well, and was one of the guiding lights of the movement of Weimar Classicism, which spanned the late 18th and early 19th centuries. Its ideals of Enlightenment and Sentimentality precursored the Romantic era and spawned the ideals that sparked both the French and American revolutions.

One of the most telling lines in the film occurs when Goethe’ inamorata Lotte, appears before a publisher, seeking to have Goethe’s manuscripts put into print. When the publisher asks of the writings of Goethe are based on fact, she says, “It is more than truth. It is poetry.”

Young Goethe In Love is currently showing at Chicago’s Gene Siskel Film Center, and is set for wider release later this spring. Check your local listings for theatres, dates and times.

Posted by Dwight the Connoisseur at 5:08 AM