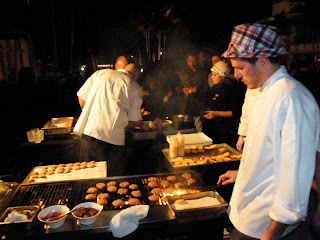 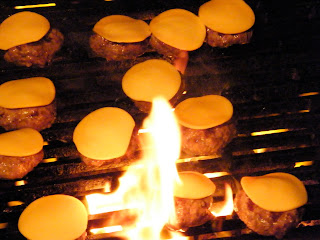 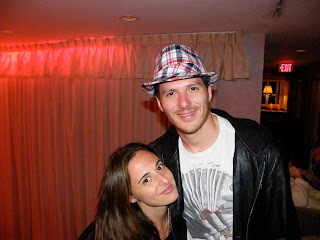 “Best of the Best” is but one of the events highlighting the 2010 Food Network South Beach Wine & Food Festival in Miami, but the phrase also adequately describes the event in its entirety.

With French Ambassador to the United States, the Honorable Pierre Vimont, presiding over a special celebration of the Champagne Region of France and the Cuisine of France in 2010, he will also cut the ribbon opening the festival at the Whole Foods Market Grand Tasting Village where the likes of Rachel Ray, Emeril Lagasse, Paula Deen, Guy Fieri and other Food Network star chefs will hold court before thousands in a series of cooking demonstrations and Culinary and Lifestyle Seminars.

“For a foodie,” this is the next best thing to Super Bowl,” said one of the festival’s organizers at the headquarters suite at the Loews Miami Beach.

“This year’s festival is bigger and better than ever.” Besides the star power of the Food Network galaxy of celebrity chefs, the Festival has also added an element of social responsibility. The Festival and Southern Wine & Spirits have created an additional dinner event to benefit Haiti. World renowned chef Daniel Boulud and Food Network’s Iron Chef Masaharu Morimoto will join South Florida favorite Kris Wessel (Red Light Little River, Miami) at the popular Tap Tap Haitian restaurant, South Beach, to create a one-of-a-kind menu for a limited number of guests. All proceeds will benefit Partners in Health.

The most anticipated is the leadoff event, Amstel Light Burger Bash hosted by Rachel Ray and presented by Allen Brothers at the Ritz-Carlton, South Beach. The sold out event will feature 27 hamburgers prepared by a culinary team of 120 representing 10 states in a 25,000 square foot tent. Rachel Ray will crown the winning team for the best burger. Over 7,500 lbs of 10 different varieties of ground meat will be used to make up to 48,000 hamburgers. 1.5 TONS of Idaho potatoes will be served as fries to accompany them and 125 thousand gallons of Heinz ketchup and mustard will be consumed along with 7,000 servings of Amstel Light Beer

On the other end of the spectrum, the Festival is pleased to honor one of the most celebrated French culinary icons in the United States, Chef Daniel Boulud of Lyon, France who will be honored at the 2010 Tribute Dinner. The celebration will take place at the Festival host hotel, Loews Miami Beach. Food & Wine’s Gail Simmons, once the special events manager for Chef Boulud’s restaurant empire will host the special tribute. As the French would say, “Bon Appetit!”

Posted by Dwight the Connoisseur at 8:46 AM