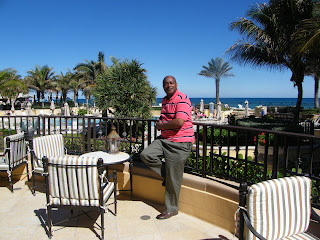 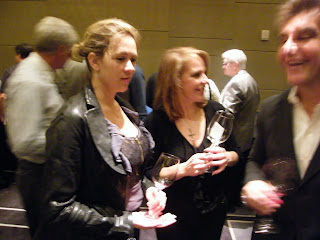 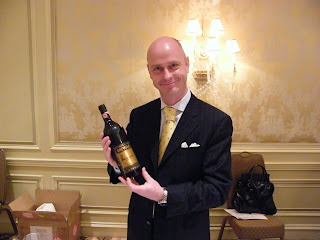 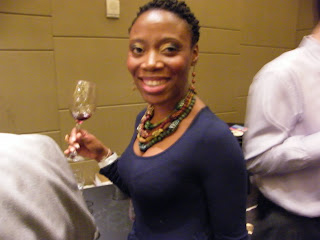 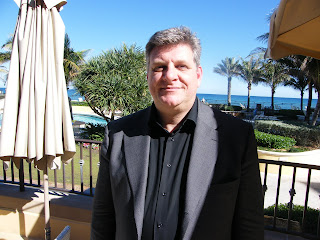 "I am not here just to promote my wines, I'm here to promote my region, Marche, which is the 'new tuscany!'" That declaration came from Mario Lucchetti,one of the most important winemakers in Le March, Italy, which has been granted designation of origin status through the Instituto Marchigiano di Tutela Vini, a consortium representing the nine DOC and DOCG wines of the region. Lucchetti was pouring his Lacrima di Morro d'Alba at the tasting that marked the official opening of Vinitaly US Tour Miami at the fabulous newly renovated Foutainbleau Miami Beach.

Lucchetti began in the 1980's with the first acres of Lacrimo di Morro di Alba, one of the local DOC grapes, and is considered one of the founders of the movement to enhance the value and prestige of these indigenous grapes. A committed artisan in the cellar and a respected oenologist, he worked hard with his wife and son Paolo to elevate both the quality and the recognition of the grapes and the wines produced in Le Marche. "At times it has been an uphill battle. But if you taste the wine, the unique character of the region comes through with clarity."

I tasted the 2008 Morro d'Alba Maria Sole, a soft red wine that had a decidedly fruit forward style. Aged in the barrel for one year, the oak served to give the wine an roundness of structure and a distinctive character that allowed for a lingering finish of currant and a hint of tobacco at the back of the mouth. For a moment, I had one of those epiphanal experiences that happen only a few times in a wine aficionados life. I experienced the terroir of the grapes in a profound fashion. It was as if I had lifted a handful of the volanic soil that produced the grapes to my nose and inhaled its rich mineral aroma.

Lacrima di Morro d'Alba DOC is produced north of the river Esino from the native Lacrima grape. An intense grape with bright red coloring, it has lush notes of rose and violet on the nose and intense blueberry on the palate. I later tasted this wine with grilled rack of lamb, marinated in herbs and olive oil at the Blue Door restaurant in South Beach, Miami's chic Delano Hotel. Not wanting to make a pig of myself in public, I took part of it home and enjoyed the remainder of the smoky, charred ribs with a bottle of the Morro d'Alba. That's when the epiphanal moment took place.

Need I say more? This is a must addition to any cellar of those who appreciate good Italian wine. "The Marche is unspoiled by the overload of tourism experienced in Tuscany," said Lynn Farmer, Senior Editor, The Wine News, who acted as one of the Speakers at the guided wine tasting. "I just returned from some of the smaller, hillside towns that are just beautiful and produce some incredibly lush wines." march is nestled between the Adriatic Sea and the Apennine mountains along the eastern seaboard of central Italy with the regions Emilia-Romagna to the north and Abruzzo to the south. Rising to the peaks of the Appennines, which form a natural border with Umbria and Tuscany to the west, the region has a history rooted in the culinary treasures harvested form the rich local soil. That includes top-tiered wines.

"Wine is the poetry of the land," said Alberto Mazzoni, Direttore IMTV, through an interpretor at the guided wine tasting of the "Wines of the Marche Region" at Vinitaly 2010 Miami. "It is a wine that has a great versatility. You can see it in the color and in the complexity of the taste. There is a smoothness that opens up to a lovely roundness in the mouth. The wine of the Marche region has the three C's; Coherency, Complexity and a Continuity that makes it an important component to any fine meal. The sages were right when they said 'A meal without wine is like a day without sunshine.' And the sun shines a great deal of the time in Le Marche!"
Posted by Dwight the Connoisseur at 12:25 PM