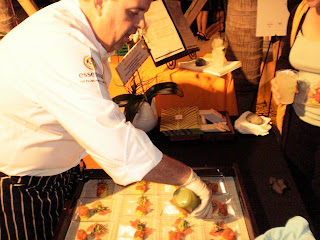 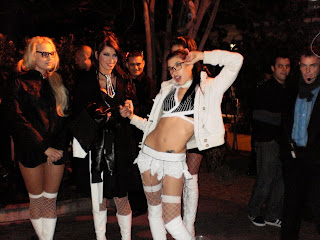 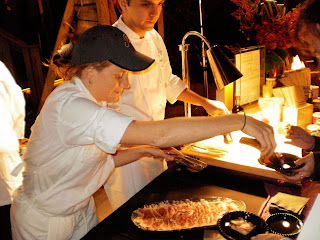 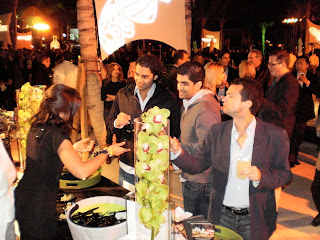 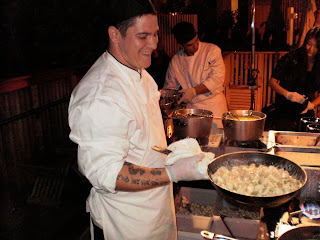 Celebrity Chef Todd English “got the party started” at the Patron Tequila/MIAMI Magazine opening night After Party to kick off the 2010 Food Network South Beach Food & Wine Festival at the chic W Hotel. With chef’s stations and Tequila bars set up around the massive outdoor pool facing the white-sand beach, local celebrity chefs whipped up their best to pair with imaginative cocktails made with Patron Tequila by some of South Beach’s best mixologists.

Chad Ford of DeVito’s South Beach, the famous actor’s popular Northern Italian eatery, was putting on quite a show. He and his staff were sautéing up a storm! The flames were illuminating the night sky poolside as they cooked up some killer homemade gnocchi in a delicious hand ground pesto sauce.

Jonathan Wright and his staff from the Setai, South Beach garnered one of the longest lines, with their Sous Chef making handmade pulled Buffalo Mozzarella to go into a composed dish of fresh plum tomatoes, arugula, sliced Prosciutto, olive oil, sea salt an fresh ground peppercorns; just the thing for a refreshing Patron mojito over crushed ice!

The battle was on at Marco Ferraro’s station at Wish, Miami Beach between Prosciutto and Serrano ham served on a crustini of fresh bread with garlic, olive oil and machengo and Parmesan cheeses.

A pair of Patron disco dancers writhed to the pulsating beat of the music that provided the backdrop for the nation’s top chefs, sponsors and restaurateurs who flew in for the weekend to attend the nation’s biggest gastronomic bash on the beach.

Posted by Dwight the Connoisseur at 7:00 AM